Adani brother set up a company in BVI; says it has been closed now

The records show that Vinod Shantilal Shah Adani, elder brother of Gautam Adani, set up Hibiscus RE Holdings Limited in the British Virgin Islands in 2018. 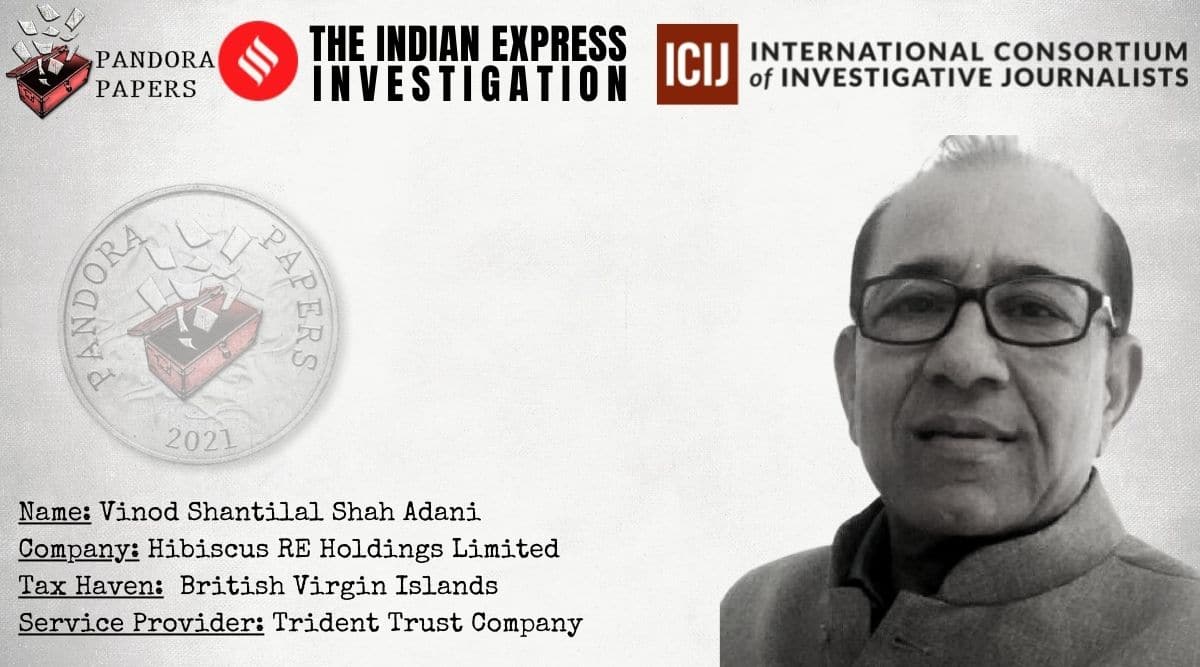 The brother of billionaire Gautam Adani set up a company in the British Virgin Islands three years ago, records in the Pandora Papers investigated by The Indian Express reveal. He now claims that the company has been “closed”.

The records show that Vinod Shantilal Shah Adani, elder brother of Gautam Adani, set up Hibiscus RE Holdings Limited in the British Virgin Islands in 2018. Vinod Adani, who is a Cyprus national residing in Dubai, is the sole shareholder of this offshore firm with 50,000 shares, and a director since May 2018.

While setting up Hibiscus RE Holdings, Vinod Adani stated in records that its purpose was trading and services in the global market, and that the current assets of the company were then estimated to be worth $10-15 million.

While Vinod Adani is a Cyprus national now, his son Pranav Adani is on the board of several Adani Group companies in India, including the flagship Adani Enterprises and Adani Total Gas among others.

Records show that the agent for registering Hibiscus RE Holdings in BVI is Trident Trust Company, which provided its office address as the registered address for the firm.

Trident Trust’s information form for setting up Hibiscus RE Holdings have been filled and signed by Vinod Adani and it lists the Dubai address of Adani Global Investment DMCC (AGI) — 3606-A, Oaks Liwa Heights, Jumeirah Lake Towers, Cluster W, Dubai, UAE — for physical record-keeping for the BVI firm.

Records for Hibiscus RE Holdings also list an employee of AGI, identified as Subir Mittra, as the person to be responsible for physically maintaining its records in Dubai.

This is not for the first time that Vinod Adani’s name has figured in a company registered in a “tax haven”. His name appeared in Panama Papers, which was reported by The Indian Express in 2016, in connection with a company set up in the Bahamas on January 4, 1994 — just months after the formation of Adani Group’s flagship company Adani Exports.

When contacted, Vinod Adani said: “Hibiscus Real Estate is a BVI company, wholly owned by myself. Purpose was to hold my Real Estate assets in UAE, in a corporate vehicle. Current status of Hibiscus RE is CLOSED and Assets are NIL… I have been overseas now for more than 25 years and all of the above are as per applicable regulations and guidelines.”

“Adani Global Investment DMCC is also wholly owned by me and Subir Mittra is an employee of this company. As both these companies are owned by me, the record keeping is maintained in a common office,” he said.