The IVA was approved by 75% of Mittal’s creditors last October. Records investigated by The Indian Express show that Direct Investment Limited, the British Virgin Islands company Mittal claimed he owed over £1 billion to, and Meadswell Estates Limited, another BVI company that Mittal claimed owned his London residence, belong to a Trust in which Mittal himself is a beneficiary.

In effect, he was his own creditor and approved his own agreement.

Indeed, UK’s Moorgate Industries, whose demand for £130 million was key to Mittal’s bankruptcy and necessitated the IVA, had alleged that Mittal’s family members appeared to be shareholders in some of the companies he claimed to owe money to and that some of them had approved the “shameful” agreement in bad faith.

Mittal did not respond to queries sent to his lawyer in London. 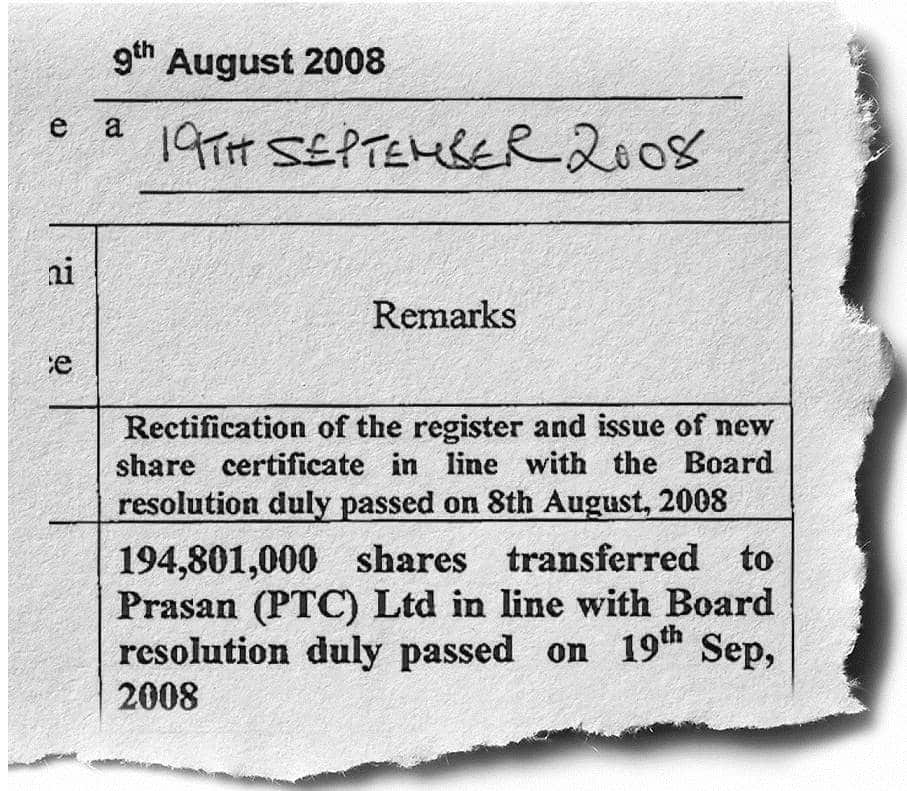 In 2008, all shares of Direct Investment Ltd (BVI) were transferred to the trust where Mittal is a beneficiary.

Through GSHL, Mittal co-owned (51%) Bosnia’s Global Ispat Koksna Industrija Lukavac (Gikil), a producer of coke used in steel making, with the Bosnian government. In 2006, Mittal stood guarantor for Gikil’s debts. By 2013, he was being chased by Moorgate Industries as Gikil failed to repay $166 million.

In 1995, along with Direct Investment Ltd (BVI), a family Trust was set up by Pramod’s father ML Mittal with Pramod as the settler-protector. According to Pandora records, the purpose of this trust, ABC Settlement Trust (Belize), was “advancement, protection, development, growth and well-being both physical and financial of the family members.”

These included Pramod’s wife Sangeeta; daughters Vartika and Shrishti and son Divyesh. Since 2001, the Trust held all 194,801,000 shares worth $1 each of Direct Investment Limited (BVI).

By 2012, Mittal was in trouble after local authorities foreclosed the assets of Global Steel Philippines Inc, a GSHL subsidiary. In this case, too, Mittal personally guaranteed the company’s liability — approximately $348 million plus interest — to Steel Trading Corporation of India.

He finally cleared the dues with substantial help from brother Lakshmi Mittal in March 2019.

Meadswell (BVI) was set up in 2002 and was managed by Mossack Fonseca and Zedra Trust Co (Jersey) — formerly Barclays Private Bank and Trust Ltd — until September 2016 when the corporate service providers finally flagged that the company never disclosed any beneficiary or source of funds.

In response, Meadswell (BVI) switched to Vistra (UK) as its new administrator.

In 2008, show records of Appleby, Mittal made an “inter group transfer” of an aircraft registered in the name of Global Aircraft Limited, a Bermuda company, by transferring its shares from GSHL to Prasan PTC Ltd, the BVI Trust company.

Simultaneously, GSHL also transferred all shares of Meadswell (BVI) — i.e. the ownership of the London property — to the Trust.