Explained: The rich-poor gap in India

The latest World Inequality Report flags India as a poor and very unequal country, with the top 10% holding 57% of national income in 2021, and the bottom 50% holding just 13%. Breaking down the key findings. 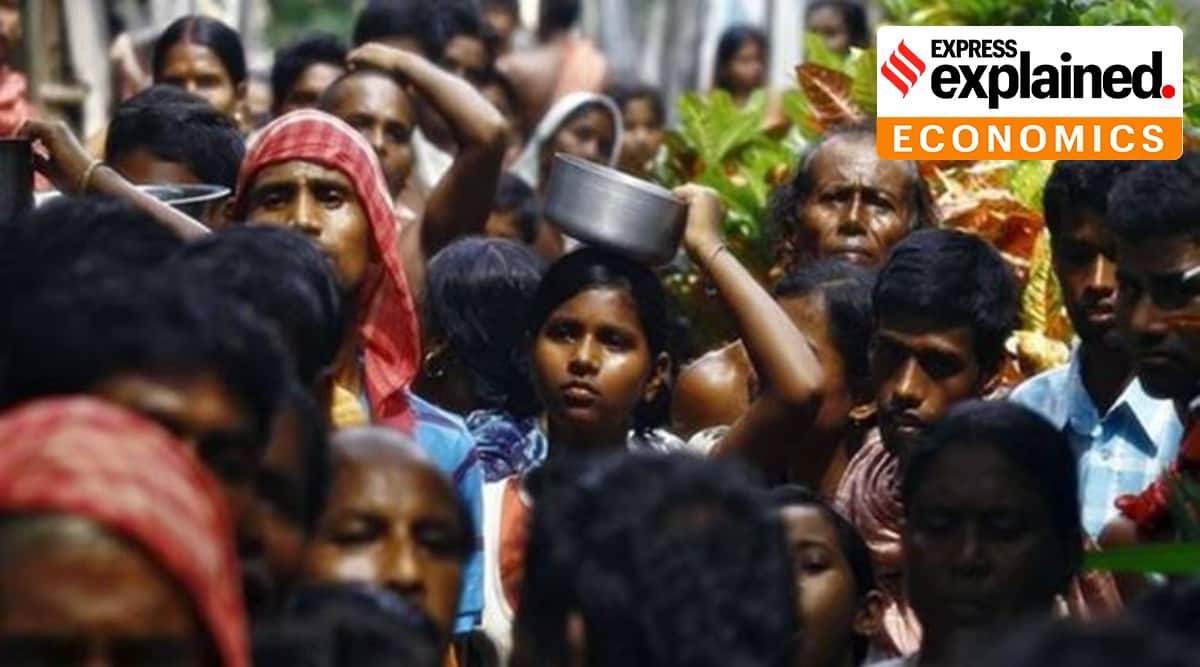 “India stands out as a poor and very unequal country, with an affluent elite,” the report says.

India stands out as a “poor and very unequal country, with an affluent elite”, where the top 10% holds 57% of the total national income, including 22% held by the top 1%, while the bottom 50% holds just 13% in 2021, according to the World Inequality Report 2022. Released this week, the report also flags a drop in global income during 2020, with about half the dip in rich countries, and half in low-income and emerging countries. It attributes this primarily to the impact of “South and Southeast Asia, and more precisely” India.

The report has been authored by economist and co-director of the World Inequality Lab, Lucas Chancel, along with economists Thomas Piketty, Emmanuel Saez and Gabriel Zucman.

Also in Explained |Are non-convertible debentures safe for retail investors? The share of the top 10% and bottom 50% in pre-tax national income has remained broadly constant since 2014. The quality of inequality data released by the government has seriously deteriorated, making it particularly difficult to assess recent inequality changes, the report says.

As per the recent Multi-dimensional Poverty Index prepared by Niti Aayog, one in every four people in India was multi-dimensionally poor. Bihar has the highest such proportion (51.91%), followed by Jharkhand (42.16%) and Uttar Pradesh (37.79%).

The impact of the pandemic was reflected in a drop in global income, which was impacted significantly due to India. “When India is removed from the analysis, it appears that the global bottom 50 per cent income share actually slightly increased in 2020,” the report says.

Also, even as countries have become richer over the last 40 years, their governments have become significantly poorer, a trend magnified due to the pandemic. “The share of wealth held by public actors is close to zero or negative in rich countries, meaning that the totality of wealth is in private hands. This trend has been magnified by the Covid crisis, during which governments borrowed the equivalent of 10-20 per cent of GDP, essentially from the private sector,” the report says.

The rise in private wealth has also been unequal within countries and at world levels. Since the mid-1990s, the top 1% globally took 38% of all additional wealth accumulated, whereas the bottom 50 per cent captured just 2%. “The wealth of the richest individuals on earth has grown at 6 to 9% per year since 1995, whereas average wealth has grown at 3.2% per year. This increase was exacerbated during the COVID pandemic,” it says. 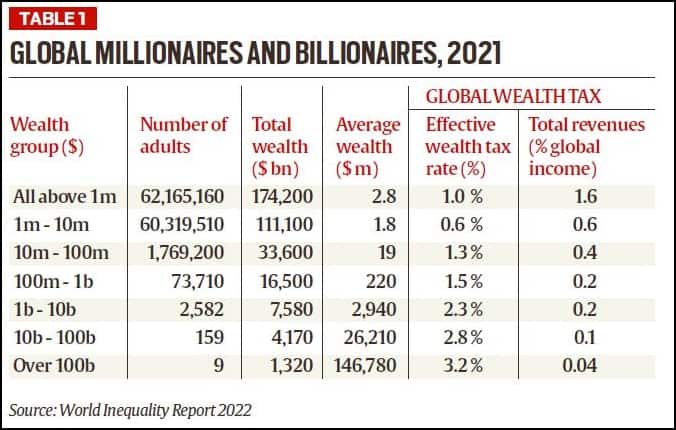 The poorest half of the global population “barely owns any wealth” at just 2% of the total, whereas the richest 10% owns 76%, the report says. The richest 10% currently takes 52% of global income, and the poorest earns just 8% (Figure 1).

The Middle East and North Africa (MENA) are the most unequal regions in the world, whereas Europe has the lowest inequality levels, the report says. In Europe, the top 10%’s income share is around 36%, and in MENA, it is 58%; in East Asia, it is 43%, and in Latin America, 55%.

Large emerging economies such as China and India experienced faster increases than wealthy countries after they transitioned away from communism (in China and Russia) or from a highly regulated economic system (in India). In India, private wealth increased from 290% in 1980 to 560% in 2020.

Global inequalities seem to be about as great today as they were at the peak of Western imperialism in the early 20th century, the report said.

It notes that global income and wealth inequalities are “tightly connected to ecological inequalities and to inequalities in contributions to climate change”. The top 10% of emitters is responsible for close to 50% of all emissions, while the bottom 50% contributes 12%.

Opinion |What the NFHS data reveals about inequality in India

If the rich were taxed

The report has suggested levying a modest progressive wealth tax on multimillionaires.