Since 2005, fewer jobs for women in India

In rural areas, female labour force participation among women aged 15 years and above has fallen from 49% in 2005 to 36% in 2012. More than half of the decline is due to the scarcity of suitable jobs at the local level. 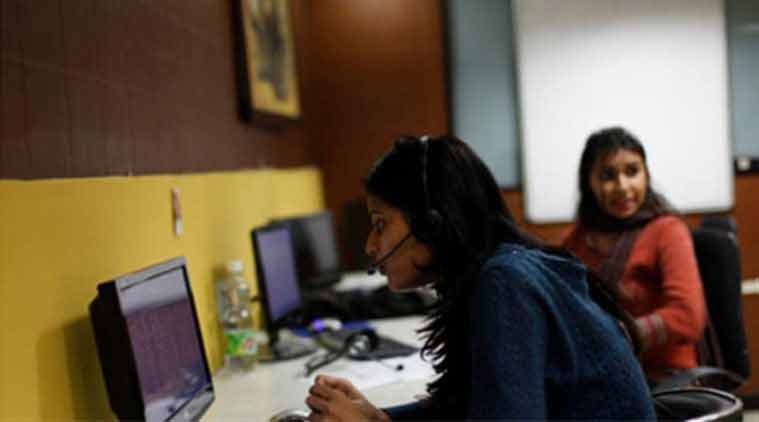 Female labour force participation in India is among the lowest in the world. What’s worse, the share of working women in India is declining. This is a cause for concern since higher labour earnings are the primary driver of poverty reduction. It is often argued that declining female participation is due to rising incomes that allow more women to stay at home. The evidence, however, shows that after farming jobs collapsed post 2005, alternative jobs considered suitable for women failed to replace them.

Rising labour earnings have been the main force behind India’s remarkable decline in poverty. The gains arise partly from the demographic transition, which increases the share of working members in the average family. But trends in female labour force participation veer in the opposite direction. Today, India has one of the lowest female participation rates in the world, ranking 120th among the 131 countries for which data are available. Even among countries with similar income levels, India is at the bottom, together with Yemen, Pakistan and Egypt (Figure 1). Worse still, the rate has been declining since 2005. This is a matter of concern as women’s paid employment is known to increase their ability to influence decision-making within the household, and empower them more broadly in society as a whole.

This declining trend has been particularly pronounced in rural areas, where female labour force participation among women aged 15 years and above fell from 49% in 2005 to 36% in 2012. This is the most recent period for which data are available. The numbers are based on the National Sample Survey’s (NSS) definition of ‘usual status’ of work, but the trend remains similar with other definitions too.

In a recent paper, we argue that the explanation for this disturbing trend is the lack of suitable job opportunities for women. In a traditional society like India, where women bear the bulk of the responsibility for domestic chores and child care, their work outside the home is acceptable if it takes place in an environment that is perceived as safe, and allows the flexibility of multi-tasking. Indeed, three-quarters of women who were willing to work, if work was made available, favoured part-time salaried jobs. From this perspective, female labour force participation can be expected to depend on the availability of ‘suitable jobs’ such as farming, which are both flexible and close to home. However, the number of farming jobs has been shrinking, without a commensurate increase in other employment opportunities. Our research suggests that more than half of the decline in female labour force participation is due to the scarcity of suitable jobs at the local level. 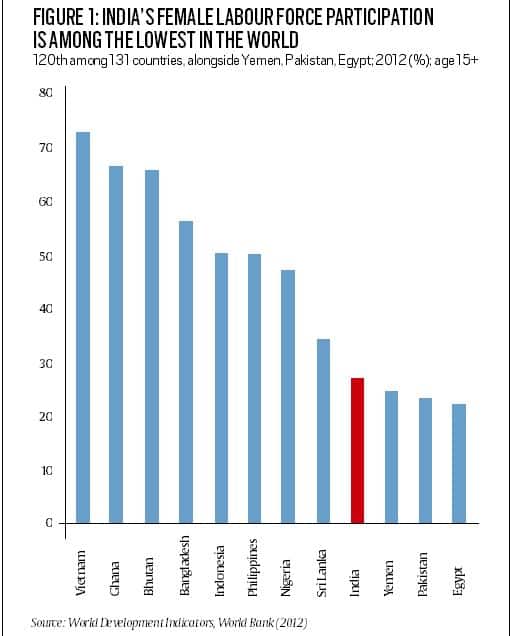 A large body of academic work in India has focused on a different explanation, the so-called “income effect”. It is argued that higher household incomes have gradually allowed more rural women to stay at home, and that this is a preferred household choice in a predominantly patriarchal society. Other frequently-mentioned explanations are that the share of working women is declining because girls are staying longer in school. It is also said that with shrinking family sizes, and without the back-up of institutional child support, women have no option but to stay out of the work force.

We are sceptical. Staying longer in school and being less able to rely on family support for child-rearing could justify a decline in participation rates among younger women, but not the equally important drop among middle-aged cohorts. There are also reasons to downplay the income effect. Between 2005 and 2012 India experienced roughly a doubling of wages in real terms. But across districts, a doubling of real wages is associated with a 3 percentage point decline in female participation rates, not with the much larger 13 percentage point fall that actually occurred. Our research shows that these factors explain less than a quarter of the recent decline in India’s female labour force participation. Evidence also points to a less ‘voluntary’ withdrawal of women from the labour force than the income effect explanation implies. The NSS, which is the main source of labour market data, tends to underestimate women’s work. What most working women do in India does not match the image of a regular, salaried, 9-to-5 job. Many women have marginal jobs or are engaged in multiple activities, including home production, which is often hard to measure well. Female unemployment may be underestimated as well. If one were to relax the stringent criteria used by the NSS to define labour force participation, and include the women who participated under the Mahatma Gandhi National Rural Employment Guarantee Act (MGNREGA), or were registered with a placement agency, then the female labour force participation rate would be between 3 and 5 percentage points higher. This measurement problem is further evidenced by the population census data that report much higher rates of female unemployment than the NSS.

Beyond the income effect and measurement issues, the main driver of the decline in female labour force participation rates is the transformation of job opportunities at the local level. After 2005, farming jobs collapsed, especially in small villages, and alternative job opportunities considered suitable for women failed to replace them. Regular, non-farm employment only expanded in large cities (Figure 2). As a result, there is a ‘valley’ of suitable jobs along the rural-urban gradation. Fortunately, the decline in female labour force participation is not irreversible. The trend can be turned around through a more vibrant creation of local salaried jobs — including part-time jobs — in the intermediate range of the rural-urban gradation where an increasingly large share of the Indian population now resides.