Explained: Why the SAARC meeting was cancelled

Sources report that the member states were unable to agree upon the participation of Afghanistan, with Pakistan and India in particular at loggerheads over the issue. 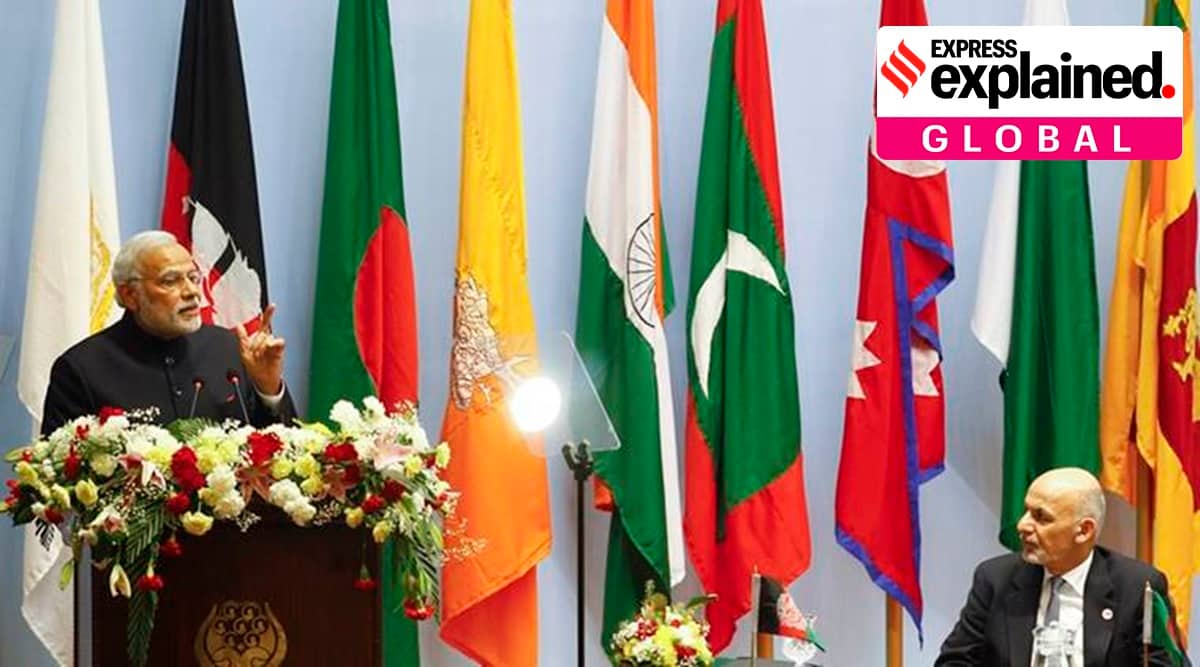 A meeting of foreign ministers from the South Asian Association for Regional Cooperation (SAARC) countries, which was set to be held in New York on Saturday, has been cancelled. Sources report that the member states were unable to agree upon the participation of Afghanistan, with Pakistan and India in particular at loggerheads over the issue.

After Pakistan objected to the participation of any official from the previous Ghani administration, SAARC members reportedly agreed to keep an “empty chair” as a symbolic representation of Afghanistan. However, Islamabad later insisted that the Taliban be allowed to send its representative to the summit, a notion that all of the other member states rejected.

Editorial |Resistance against inclusion of Taliban in SAARC is justified. The Islamist group has much to do to win world’s trust

After no consensus could be formed, Nepal, the ‘host’ of the summit, officially cancelled the meeting.

Why did countries object?

The Taliban has not been recognised as the official government of Afghanistan by any SAARC countries barring Pakistan. Several top Taliban leaders are blacklisted by the US and/or designated as international terrorists. Senior leaders who are not blacklisted are known for supporting terrorist activities or affiliating with terrorist organisations.

While India and other countries have met with Taliban spokespeople, allowing them to represent Afghanistan in SAARC would legitimise the group and serve as a formal recognition of their right to govern. Apart from Pakistan, which has close ties to the Taliban, particularly its violent subgroup, the Haqqani Network, none of the other SAARC members recognise the Taliban and some, like India, have openly questioned their legitimacy.

Last week, at the Shanghai Cooperation Organisation meet, Prime Minister Modi referred to the Taliban as a non-inclusive government, warning other nations to think before accepting the regime in Afghanistan. SAARC members are deeply aware of the threat of spillover terrorism from Afghanistan under the Taliban regime, with Bangladesh in particular, concerned with the effect it may have on extremism within its borders. Acknowledging the same, Modi stated that “developments in Afghanistan could lead to uncontrolled flow of drugs, illegal weapons and human trafficking.”

SAARC is a regional inter-governmental organisation of South Asian countries namely, India, Bangladesh, Bhutan, the Maldives, Nepal, Pakistan and Sri Lanka. Afghanistan joined the bloc in 2007, under its then President Hamid Karzai. SAARC also includes nine formally recognised observers including the European Union, the US, Iran and China.

After the USSR invaded Afghanistan in 1979, the security situation in South Asia rapidly deteriorated. In response, the foreign ministers of the initial seven members met in Colombo in 1981. At the meeting, Bangladesh proposed forming a regional association that would meet to discuss matters such as security and trade. While most of the countries present were in favour of the proposal, India and Pakistan were sceptical.

Eventually, both countries relented and in 1983 in Dhaka, joined the other five nations in signing the Declaration on South Asian Association Regional Cooperation and with it, signalling the official formation of SAARC. At the Dhaka meeting, the member countries also launched the Integrated Program of Action which outlined the five areas of cooperation between SAARC countries, namely, agriculture; rural development; telecommunications; meteorology; and health and population activities. According to the SAARC charter, the goal of the organisation was to contribute to “mutual trust, understanding and appreciation of one another’s problems”.

In 2005, Afghanistan formally applied for membership to SAARC, a move that spurred debate due to the nascency of Afghan democracy and the perception of the country as a Central Asian nation. The SAARC nations, pressured by Pakistan, agreed to admit Afghanistan into the bloc with the stipulation that it first hold non-partisan general elections, which it did in late 2005. In 2007, Afghanistan became the eighth member state of SAARC.

What has SAARC done so far

Despite its lofty ambitions, SAARC has not become a regional association in the mould of the European Union or the African Union. Its member states are plagued by internal divisions, most notably the conflict between India and Pakistan. This in turn has hampered its ability to form comprehensive trade agreements or to meaningfully collaborate on areas such as security, energy and infrastructure. The 18th and last SAARC summit was held in 2014 with Pakistan scheduled to host the 19th summit in 2016. However, following Islamabad’s alleged involvement in the Uri terror attack in Jammu and Kashmir, Modi refused to participate. Soon after, Bangladesh, Afghanistan, Bhutan, Maldives and Sri Lanka also pulled out of the summit, citing fears of regional insecurity caused by Pakistan and a lack of a conducive environment for the talks. Nepal was unable to withdraw from the summit as the chairperson of SAARC was from Nepal.

Despite these setbacks, SAARC has achieved a modicum of success. It has provided a platform for representatives from member countries to meet and discuss important issues, something that may have been challenging through bilateral discussions. India and Pakistan for example would struggle to publicly justify a meeting when tensions between the two are particularly high, but representatives from both countries could come together under the banner of SAARC. The bloc has also made some headway in signing agreements related to climate change, food security and combatting the Covid-19 crisis. It has the potential to do far more but that is contingent upon cooperation on key issues between member states.

With Pakistan headfast in its support for the Taliban and the rest of SAARC weary to acknowledge the group, any future summit is unlikely until the issue has been resolved.