Why was January 26 chosen to be India’s Republic Day?

While the Constitution was adopted on November 26, 1949 by the Constituent Assembly, January 26, 1950 was chosen as the day it would come into effect. Here is why 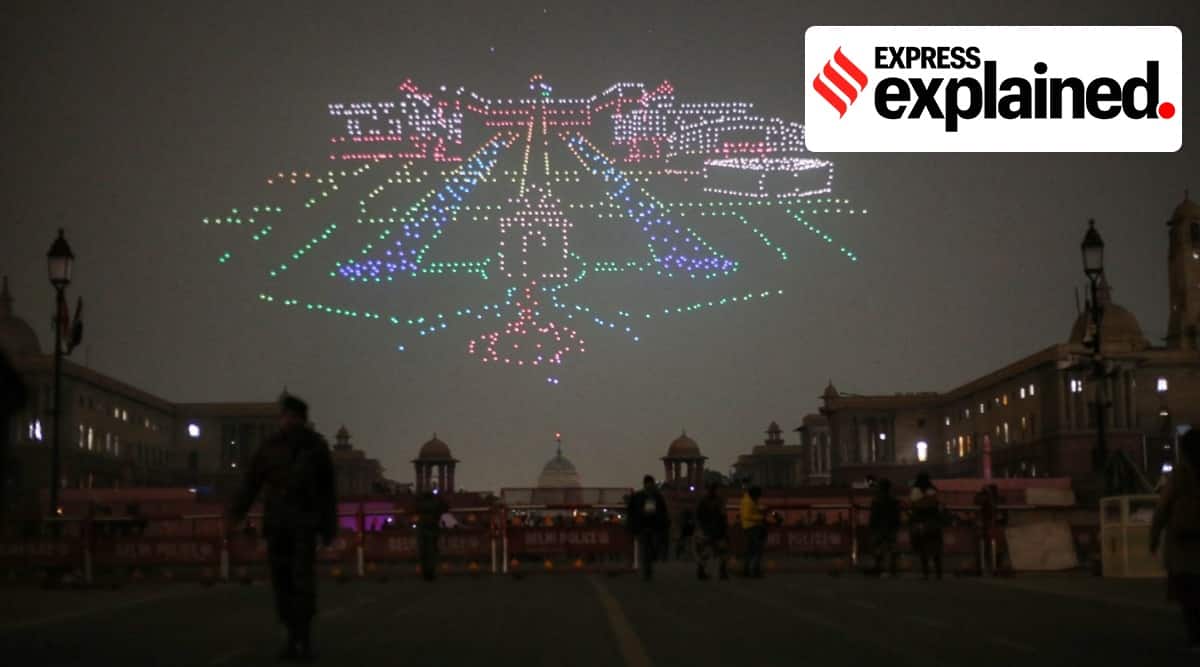 Since 1950, January 26 has marked the day India’s Constitution came into effect. However, the Constitution was prepared way before the chosen date, adopted officially by the Constituent Assembly on November 26, 1949. Why do we celebrate our Republic Day on January 26, then? The answer lies in the history of the Indian freedom struggle during which the date held significance since 1930.

On January 26,1930, the historic “Poorna Swaraj” declaration was officially promulgated, beginning the final phase of India’s freedom struggle where the goal would be complete independence from British rule.

Republic Day: The context of the 1920s

The 1920s however were far from insignificant. From the rise of revolutionaries like Bhagat Singh and Chandrashekhar Azad to the coming of age of a new generation of Indian National Congress (INC) leaders such as Jawaharlal Nehru, Subhash Chandra Bose, Vallabhai Patel and C Rajagopalachari, the 1920s laid the ground for the future course of India’s freedom struggle.

Notably, in 1927, British Authorities appointed the Simon Commission – a seven-man, all European team under Sir John Simon – to deliberate on political reforms in India. This sent a wave of outrage and discontentment across the country. For the first time since 1922, protests against the Simon Commission spread nationwide, with chants of “Simon Go Back” echoing across the country.

Also in Explained |Egypt’s President El-Sisi in New Delhi for Republic Day: Significance of his visit, and India’s ties with Egypt

In response, the INC appointed its own commission under Motilal Nehru. The Nehru Report demanded that India be granted dominion status within the Empire. In the Balfour Declaration of 1926, dominions were defined as “autonomous communities within the British Empire, equal in status, in no way subordinate one to another in any aspect of their domestic or external affairs, though united by a common allegiance to the Crown and freely associated as members of the British Commonwealth of Nations.” In 1926, countries like Canada, Australia and New Zealand were granted dominion status.

Internal disagreement with the Congress: Dominion or Republic?

Crucially, even within the Congress, the Nehru Report did not enjoy universal support. Young leaders such as Bose and Jawaharlal Nehru, Motilal’s own son, wanted India to break all ties with the British Empire. They argued that under dominion status, while India would enjoy a certain level of autonomy, the British Parliament and Crown would still have the ability to meddle in Indian affairs.

Importantly, for both Bose and Nehru, attaining dominion status would make India party to colonial exploitation elsewhere in the British Empire, mainly Africa. With a far more radical worldview than their predecessors, Bose and Nehru looked at anti-colonialism not only as a local political issue for India but in a more global lens.

However, Gandhi was still very much for dominion status, arguing that it would be a welcome step in India’s anti-colonial struggle. His views would soon change.

Viceroy Irwin goes back on his word

In 1929, Viceroy Irwin had vaguely announced that India would be granted dominion status in the future. Known as the Irwin Declaration, it was warmly welcomed by Indians but faced massive backlash back in Britain.

The British population was still pro-Empire and India was seen as the Empire’s Crown Jewel. Importantly, as the world economy went into a recession, India was arguably Britain’s most valuable colony with its vast land, resources, and population crucial for its economy.

Thus, under pressure from back home, Irwin went back on his word. In a meeting with Gandhi, Muslim League’s Muhhammad Ali Jinnah and a few other leaders, he said that he could not promise India dominion status any time soon.

This would be a turning point as the Congress grew increasingly united on the issue. With the British unable to follow through on even reasonable reforms, Indians supported increasingly “radical” goals – a fully independent republic being one of the first.

The Lahore Session of the INC convened in December 1929. On December 19, the historic “Poorna Swaraj” resolution was passed in the session. Literally meaning “total self-rule/sovereignty,” the resolution read, “The British government in India has not only deprived the Indian people of their freedom but has based itself on the exploitation of the masses, and has ruined India economically, politically, culturally and spiritually…. Therefore…India must sever the British connection and attain Poorna Swaraj or complete independence.”

This declaration of Independence was officially promulgated on January 26, 1930. The Congress urged Indians to come out and celebrate “independence” on that day. The Indian tricolour was hoisted across the country by Congress party workers and patriotic songs were sung as the country reconfigured its strategy for Independence. The resolution also contained in it an affirmation to the Gandhian methods of nonviolent protest, which would start almost immediately after Poorna Swaraj Day was celebrated.

Historian Mithi Mukherjee in India under the Shadows of Empire writes that the Poorna Swaraj declaration was a critical pivot point for India’s freedom struggle. It is with this declaration that India’s national movement “shifted from the language of charity to the language of justice.”

From 1930 till India finally won its independence in 1947, January 26 was celebrated as “Independence Day” or “Poorna Swaraj Day” with Indians reaffirming their commitment towards sovereignty on that day.

However, India won independence from the British on August 15, exactly two years after the Japanese surrendered to the Allies to end World War II. As historian Ramchandra Guha wrote, “freedom finally came on a day that resonated with imperial pride rather than nationalist sentiment.”

Thus, when leaders had to decide on a day to promulgate India’s new constitution, January 26 was thought to be ideal. Not only did this date already hold nationalist significance, the Constitution in many ways reflected the “Poorna Swaraj” declaration of two decades back.

While today’s Republic Day celebrations are very different from what Poorna Swaraj Day looked like under British Raj, January 26 remains a solemn reminder of the journey India took to attain self-rule.

Chhello Show director congratulates Indian Oscar nominees, thanks his team for being ‘amazing’: ‘Let’s rejoice and move on’