Why the next Collegium has its task cut out

Justice D Y Chandrachud is the second most senior judge of the Supreme Court. If appointed as the next CJI as per the convention of seniority, he will have a tenure of two years until November 10, 2024. 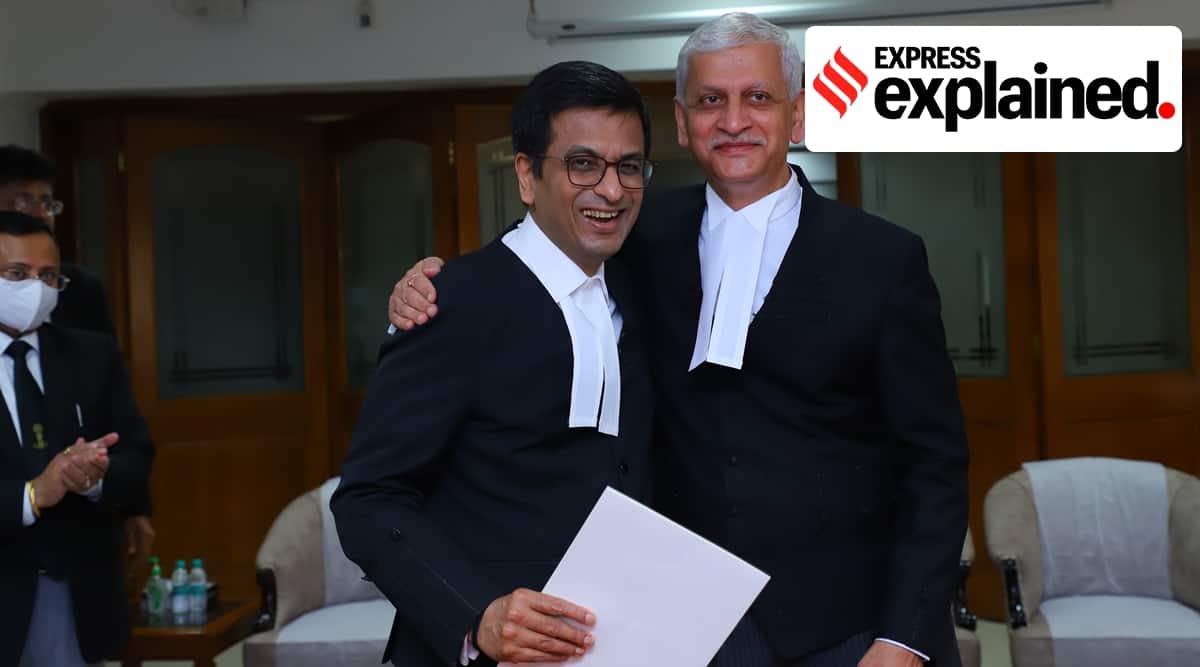 CJI U U Lalit hands over a letter recommending Justice D Y Chandrachud as his successor on Tuesday.

With the Supreme Court Collegium under Chief Justice of India U U Lalit now on pause, the crucial task of recommending 18 judges to the top court, including four current vacancies now, awaits the next CJI.

Justice D Y Chandrachud is the second most senior judge of the Supreme Court. If appointed as the next CJI as per the convention of seniority, he will have a tenure of two years until November 10, 2024.

Also in Explained |What is the Supreme Court Collegium, how does it work?

Currently, against a sanctioned strength of 34 judges, the Supreme Court has a working strength of 29 judges. This will drop to 27 judges before the next CJI takes over since Justice Hemant Gupta is set to retire on October 16 and CJI Lalit will retire on November 8. So far, only one recommendation made by the Collegium for appointment as judge of the Supreme Court – that of Bombay High Court Chief Justice Dipankar Dutta – is pending with the government. The recommendation was made on September 26.

In 2024, Justices Anidruddha Bose, A S Bopanna, Hima Kohli will retire before the next CJI (if appointed as per convention), Justice Chandrachud, leaves office.

Among the priorities for the next Collegium while making recommendations would also be to ensure potential CJI candidates who could take over from Justice J B Pardiwala. As per seniority, the line of succession for CJI exists until 2028 when Justice Pardiwala is due to take charge of the top post.

It is learnt that senior advocate K V Vishwanathan, one of the four names proposed for recommendation through the “circulation method” on September 30 instead of a formal meeting by CJI Lalit, is likely to have been a potential CJI candidate. But some members of the Collegium are said to have expressed reservations on another member of the Bar being picked as a potential CJI candidate.

There is a view that elevations from the Bar as potential CJI will be unfair to judges of the High Courts who would have spent over a decade to 15 years in the system.

Temsula Ao and the comfort of stories