Today, during a book launch function at the Rashtrapati Bhawan, Pranab Mukherjee spoke extempore on the importance of preserving the 'diversity’ and 'plurality' in the country and the need for the spirit of `tolerance’. President Pranab Mukherjee, a seasoned politician, a former MP in both houses and a minister in Congress governments under Indira Gandhi to Dr Manmohan Singh, made the headlines on Wednesday afternoon.

Since he took the oath of office over three years ago, he has been a copybook, President. He has never spoken out of turn despite the public urging by opposition parties, he did not embarrass the NDA government or even sent back a Bill for reconsideration. He did not hesitate to sign any of the three ordinances on the Land Acquisition Bill (which the Centre eventually withdrew).

What President Mukherjee’s Reminder On Diversity, Plurality And Tolerance Means

Earlier this year, he had spoken on the undesirability of resorting to the ordinance route — seen at the time as a gentle hint to the government. He had, however, then, sought to balance that with a sermon to the opposition on the perils of disrupting Parliament. His quick signing on the execution of Yaqub Memon as desired by the government of the day raised questions in some quarters over whether he had lost a chance to exercise his ‘discretion’.

Today, during a book launch function at the Rashtrapati Bhawan with Vice-President Hamid Ansari and Home Minister Rajnath Singh in attendance, he spoke extempore on the importance of preserving the ‘diversity’ and ‘plurality’ in the country and the need for the spirit of `tolerance’. Using the phrase “core civilisational values” several times, Mukherjee did not explicitly invoke the lynching of a man in village Bisara, 30 km from New Delhi.

However, all those who have listened to the loud silence of an otherwise vocal and communicative Prime Minister interpreted this as a gentle nudge to those at the top to speak out.

It isn’t as if members of the government have not spoken. The home minister has termed the Bisara incident as ‘unfortunate’ and through his ministry told states to not tolerate an attempt to breach the “secular fabric” of India.

Another minister, Sanjeev Baliyan, and BJP MLA Sangeet Som, an accused in the Muzaffarnagar riots of 2012, as well the BJP MP from Unnao Sakshi Maharaj have also made comments on the incident.

However, the focus of those from the BJP who have chosen to speak has centred around the cow as a philosophical and spiritual focus of the BJP’s understanding of the Hindu faith—and little has been said on the murder of Mohammed Akhlaq, ostensibly because of doubts that he may have consumed beef.

Between the loquaciousness of those in the BJP who have spoken up and the silence of the Prime Minister, especially given the loud election campaign in neighbouring Bihar, a huge chasm existed in the country’s discourse. TV channels, the social media demanded reassurance and an affirmation of good sense and faith in the country’s values. That there is a striking resemblance between preoccupations of those who almost justify the lynching and several fringe organisations which have the same calling as the ruling party, has created doubts over where the law of the land ends and where lawlessness begins.

It is in the context of these doubts and the continuing silence of the PM that the President’s innocuous and fairly standard comments on the need to restate and never let “core values of the Indian civilisation slip” rang out loud and clear. 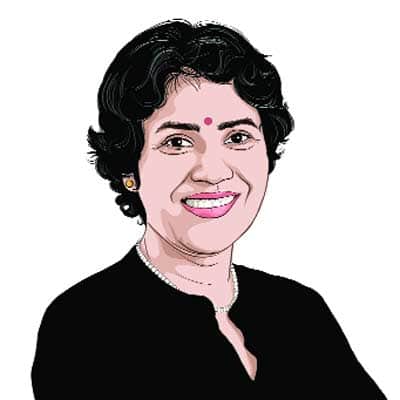