Explained: Why New Zealand is being criticised for its Zero Covid strategy On August 17, New Zealand reported its first case of Covid-19 since February. Four hours later, the country’s Prime Minister Jacinda Ardern announced a strict, level-four nationwide lockdown to contain the spread of the disease — a move that health experts from around the world have called archaic and misinformed, and has earned the country the less than flattering nickname, ‘hermit nation’.

Despite criticism Ardern has insisted that the “elimination strategy works”. And she is not entirely wrong. In the early months of the pandemic, the very same strategy had been lauded by global health experts, as the country reported some of the lowest numbers worldwide. So what made the country go from being a Covid success story, to facing widespread criticism?

New Zealand is one of the few remaining nations still adopting the ‘zero Covid strategy’, or what has also been called Ardern’s “go hard, go early” plan, to stamp out the pandemic entirely by eradicating community transmission. With the virus constantly mutating, and new and more transmissible variants emerging, several other countries have now changed gears, switching to what they see as more sustainable ways of dealing with the pandemic by learning to live with it.

What is the ‘zero Covid strategy’?

It is a strategy that aims to drive down the number of Covid-19 cases to manageable levels by imposing strict lockdowns, closing borders and imposing travel bans. Initially, when the pandemic was starting to make its presence felt, western countries, including New Zealand, adopted what is called an ‘influenza pandemic plan’, which is primarily a mitigation approach, where they tried to strengthen their healthcare capacity to keep up with possible flare ups.

This strategy eventually evolved into a Covid elimination or zero Covid plan. A similar strategy was adopted in neighbouring Australia, where the government tried to stamp out outbreaks down to the last case, at any cost. Australia, New Zealand and several other Asia Pacific countries immediately closed their borders and set up quarantine hotels when cases started to rise.

Apart from New Zealand, Hong Kong, too, has stuck to a zero covid strategy, despite health and policy experts advising otherwise. In an open letter to Hong Kong’s Chief Executive Carrie Lam, the European Chamber of Commerce in the island warned that its covid mitigation strategy posed a grave risk to its reputation as a finance hub and its residents were “indefinitely trapped”. But Lam maintained that the most important defence against the virus was preventing the importation of cases as far as possible.

Why have countries had to change their strategies?

With countries around the world witnessing surges in cases after the emergence of the highly contagious Delta variant, health authorities are questioning whether the zero covid strategy, is in fact, the best way to beat the disease.

With vaccines being rolled out worldwide, some countries are moving towards fewer lockdowns and more freedoms for citizens. The United Kingdom has vested most of its faith in vaccinations, lifting almost all pandemic restrictions and even allowing fully vaccinated people from the US and European Union and some other safe countries to begin travelling to the UK without quarantining. 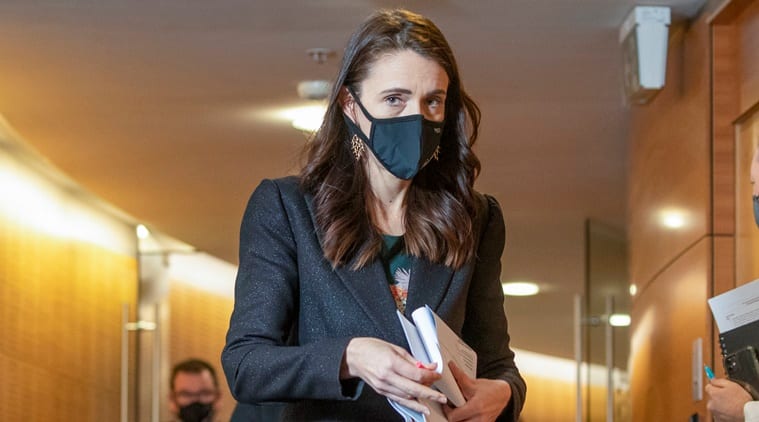 The country is also deploying rapid antigen home testing, which allows people to ascertain their own risk to others before venturing out into crowded streets.

France too has taken a step towards returning to normalcy, issuing health passes to vaccinated people to enter restaurants, bars and public transport. Early in August, risk-averse Singapore announced it was easing out its Covid zero elimination stance, towards a new normal, where the virus is seen as an endemic problem.

In Australia, where a record surge in covid cases was spurred by the Delta variant, some local leaders are accepting that the country will have to learn how to live with the virus and shift its focus from cases to hospitalisations.

“Under our national plan, when we start hitting the 70 per cent and 80 per cent vaccination targets, we can start claiming back what Covid has been taking away from us. And when we do so, we must not be intimidated by the case numbers that will inevitably increase,” New South Wales’ Premier Gladys Berejiklian wrote in an op-ed published by local media.

Calling the elimination strategy “absurd”, Australian Prime Minister Morrison said it was important to adopt a more evolved approach to tackling the pandemic. “Covid is a new, different world. We need to get out there and live in it. We can’t stay in the cave, and we can get out of it safely,” he said.

New Zealand’s own Covid-19 Response Minister Chris Hipkins has questioned the sustainability of a zero Covid strategy in the face of the Delta variant.

Also in Explained |Will post-Afghanistan US foreign policy shift focus to Southeast Asia?

So, how has New Zealand dealt with Covid so far?

Last year, countries around the world were looking at New Zealand as a Covid success story — where lockdowns were swiftly imposed and tough border rules put in place, leading to considerably low cases.

For much of the pandemic, the country was able to operate as normal — with music festivals, and public gatherings taking place almost exactly like how they did before the pandemic. The number of cases in the country stand at just over 3,500, while only 26 deaths have been reported so far.

In March last year, the country closed its borders for nearly all foreigners. All visitors returning to the country were required to stay in an isolation facility for two weeks at their own cost. On August 17, when the country discovered one case of covid in the community, one of the strictest nationwide lockdowns was announced. “This is so we can get Delta under control and reopen fully and safely. We simply can’t do that if we still have a lot of Delta circulating in the community. To move safely down, we will need to be confident we have stamped it out and have cases contained and isolated,” Ardern said.

Under the level 4 lockdown, people will only be permitted to travel outside for essential reasons, other than that they are expected to remain at home in their bubbles. Cases have been showing signs of dropping over the last few days.

But as a result of these restrictions, many New Zealanders have not been able to meet their loved ones, who have been stuck in foreign countries, unable to come back for over a year. The country’s tourism industry, its largest industry, has also been hit hard — overseas visitor arrivals slipped by more than 98 per cent in January 2021 compared with a year before, CNN reported.

Despite the hurdles, public support remains with the government, according to recent surveys. A poll by public polling company Stickybeak found 84 per cent supporters Ardern’s lockdown policy.

Why not switch to a more sustainable strategy?

The main reason any other strategy seems out of reach at the moment is because the country’s vaccination drive is taking place at a rather sluggish pace. Only about 26.7 per cent eligible people have been fully vaccinated against the disease so far.

In recent weeks, it has managed to gather some pace, but Ardern’s administration warned that the country is also quickly running out of vaccine supplies.