As farmer protests once again put the spotlight on contract farming, The Indian Express explains what was the policy that Punjab introduced and why was it scrapped a decade later in 2012. 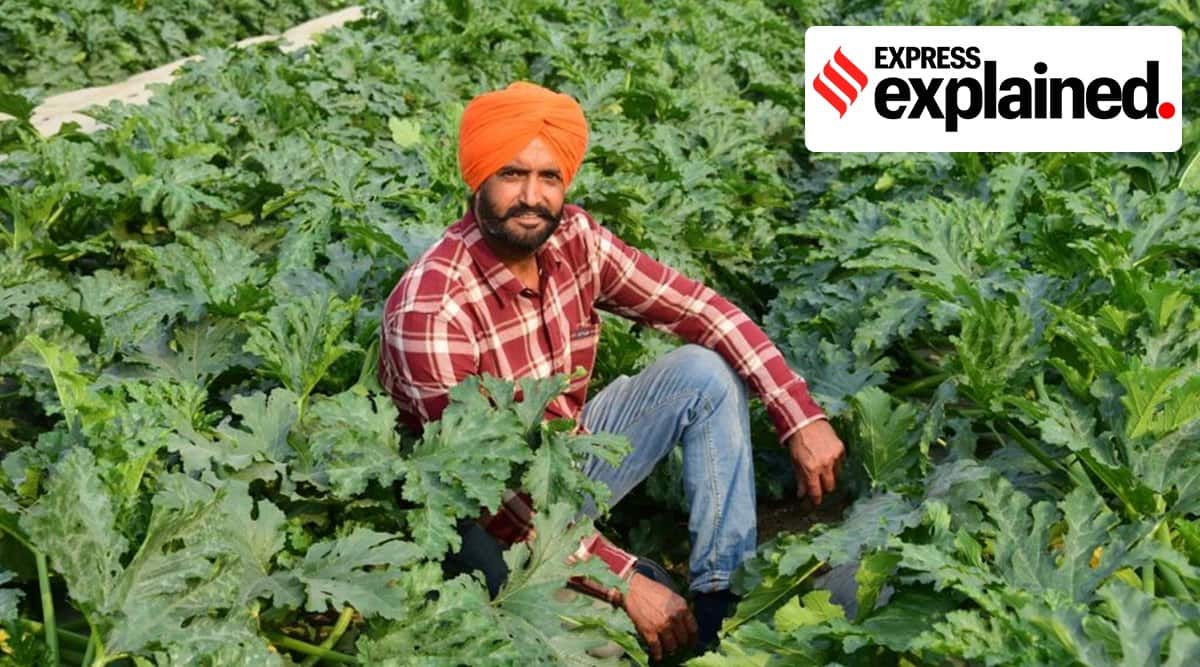 Meharban Singh from Patiala, who is involved in contract farming.

It was under the previous tenure of CM Amarinder Singh that Punjab became the first state in the country to introduce contract farming at the government level in 2002. The main idea behind the CF push was to motivate farmers to break free from the wheat-paddy cycle. As farmer protests once again put the spotlight on contract farming, The Indian Express explains what was the policy that Punjab introduced and why was it scrapped a decade later in 2012.

What was Punjab government’s CF scheme?

The previous Captain Amarinder Singh government launched it in 2002-03. The Punjab government had given the task of implementing CF to Punjab Agro Foodgrains Corporation (PAFC) Limited, a government body, which was to procure the produce of the farmers for various markets across the country.

As per the CF scheme, the PAFC prepared farmers to cultivate quality and marketable produce based on demand-supply chain.

Farmers were required to sign contract to produce identified crops including Hyola (Hybrid Rapeseeds Mustard), Sunflower, Durum Wheat, Malting Barley, Moong, Basmati(Pure, Hybrid, Evolved etc), Maize etc. In 2002 crops of Hyola, Sunflower, Malting Barley and Maize were taken under CF and 9,296 hectares land was dedicated under such crops while in very next year in 2003 an area around 78,000 hectares (1,92, 260 acres) area was brought under the identified Rabi and Kharif crops of Moong, Basmati, Maize, Guar and Castor.

What rates were offered to farmers then?

PAFC spent around Rs 15 crore in one decade under CF as simultaneously mechanisation was also adopted in view of the labour costs incurred by the farmers and shortage of labour during the periods of sowing and harvest.

What were the reasons for its failure?

There were several reasons including lack of interest from the new state government, marketing problems and hardly any support from the Centre. The constant financial support, supply of good quality seeds, motivation of farmers and market support were needed on the part of both the state and the Centre, but it was absent. Sources in the PAFC revealed that with the change of the government in 2007, the area under the scheme, which was close to 2.39 lakh acres in 2007-08, had reduced to 11,971 acres in 2011-12.

Sources said that soil testing surveys were needed in various parts of the state because of the usage of excessive use of fertilisers and pesticides which had disturbed the macro/micro nutrients of the soil affecting the production quality. After such testing an area wise action plan for diversification was required, but it could not take place due to which farmers were not getting the desired results, added sources. 📣 Follow Express Explained on Telegram

What farmers’ have to say about it?

Farmer leaders said that when the government, which works on no profit, no loss formula, could not continue it successfully even for a decade then how they (farmers) can trust on the private players whose main motive is only earning profit at the cost of farmers. They said that private players will even force farmers to sell their lands in case any losses occur in the CF, which is mostly based on buyback formula and the rates of the crop are pre-determined with several hidden conditions which are mostly against the farmers.

It should be like public-private participation where the interests of farmers, including their land stays safe, stressed another farmer leader.