Explained: What makes Ukraine a study destination for Indians and others 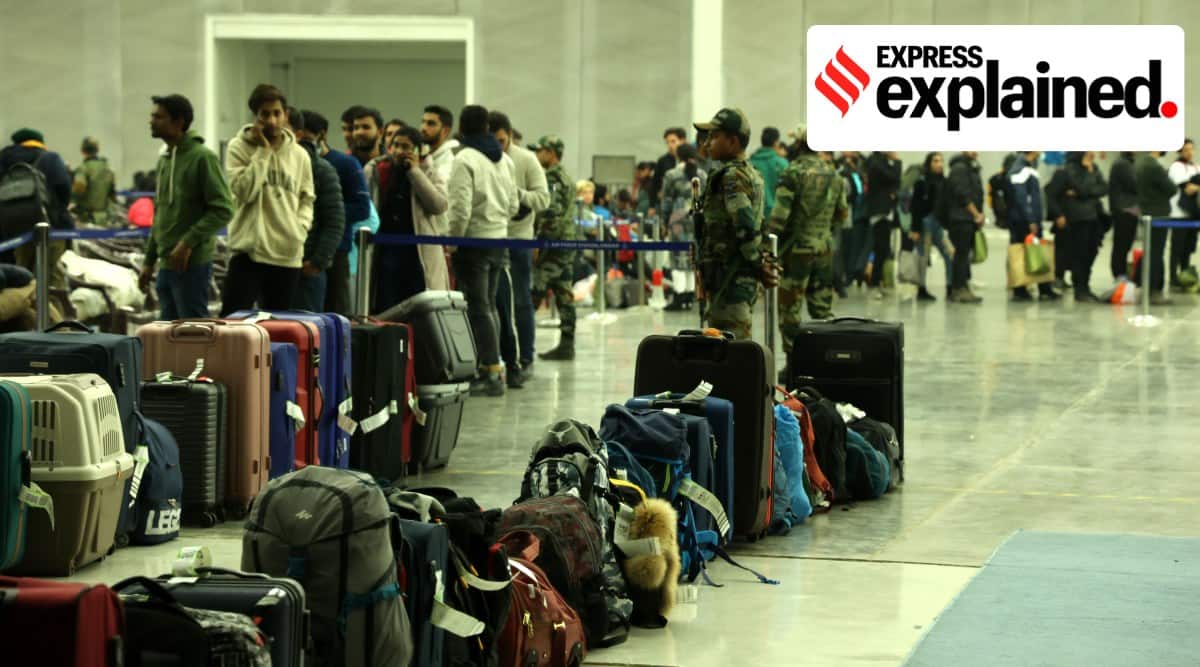 Over the last two decades, Ukraine has registered a phenomenal rise in the number of international students, and emerged as a major draw for students from India. Among all countries, India sends the highest number of international students to Ukraine, according to Ukrainian government figures. And among destinations of Indians studying abroad, Ukraine is one of the most favoured.

According to data tabled by the Ministry of External Affairs in Parliament in June 2021, India had 18,000 Indian students enrolled in educational institutions in Ukraine, more than in Russia (16,500) and France (10,000). Among European countries, only Germany (20,801) has more Indian students than Ukraine, a trend also captured by the UNESCO Institute for Statistics data on mobility of students.

Read |For Indian medical students who are back from Ukraine, the big question: What next?

How many international students are studying in Ukraine?

According to the Ukrainian State Center for International Education, there were 80,470 foreign students pursuing higher education in Ukraine in 2019, the most recent year for which official numbers are available. At the turn of the millennium, 18,000 foreign students were studying in Ukraine, which rose to 53,664 by 2011. A break-up of the nationalities of those enrolled in 2019 show that around 23% — a little over 18,000 students —were from India, followed by 10.2% from Morocco, 6.8% from Azerbaijan, 6.6% from Turkmenistan and 5.4% from Nigeria.

According to a paper last November by researchers Anatoly Oleksiyenko and Ielyzaveta Shchepetylnykova (‘International Students and Ukrainian Universities: dilemmas of agency and change’, International Studies in Sociology of Education), the share of international students to their local counterparts in Ukrainian higher education institutes is equivalent to that in the United States. Which courses do they enrol for?

Medicine is the leading choice of foreign students in Ukraine. The data show that of the 80,470 foreign nationals studying in Ukraine in 2019, 32.3% had signed up for degrees in medicine. At second place was medical practice with 7.7%, followed by dentistry with 6.3%.

While there is no official data on the specific preferences of Indian students, the ongoing evacuation exercise has revealed that most of them are pursuing MBBS in Ukraine, which has around 45 medical colleges. This is also indicated by a rising trend of medical graduates from Ukraine — from 1,587 in 2015 to 4,258 in 2020 — taking the Foreign Graduates Medical Examination, which is mandatory for those seeking a licence to practise medicine in India.

Advertisement
Only in Express |In 5 years, a 3-fold hike in number of Indian MBBS overseas graduates seeking to practise at home

What is the quality of education offered?

In another paper, Oleksiyenko wrote that universities in Ukraine are stuck between “neo-Soviet and neo-liberal contestations”. In other words, the period that followed Ukraine’s independence from the Soviet Union in 1991 has been marked by a clash of two very different sets of ideas, and universities haven’t been immune to that, leading to stagnation in academic outputs and research.

According to numbers collated by UNESCO and Ukrainian think-tank CEDOS, the number of degree-seeking Ukrainians going abroad rose from 25,432 in 2007 to 83,000 in 2017-18. Until 2021, the V N Karazin National University of Kharkiv was the only Ukrainian university among the top 500 in QS rankings. In 2022, even KNUKH dropped out of the list.

But what draws students to Ukraine?

According to researcher Myroslava Hladchenko (‘International students in Ukraine a gateway to developed countries’, European Journal of Higher Education), what draws students to countries like Ukraine are low cost, and a relatively lax admission process. And for many, Ukraine offers opportunities to enter the larger European market, particularly since it became a part of the Bologna process in 2005 that encourages mutual recognition of degrees and collaboration among European nations in higher education.

In India’s case, Ukrainian medical schools attract foreign students by signing contracts with consultancy firms based in India. Over the years the number of such firms have multiplied. Under these “cooperation agreements”, the courses and future prospects are advertised across Indian cities. In their paper, Oleksiyenko and Shchepetylnykova wrote that some universities actively promote recruitment of international students. This is also a crucial revenue generating area; the paper said the Ivano-Frankivsk Medical University admitted more than half its students from abroad in 2019–20 and they contributed more than 40% of the university revenue.