India's New Low-cost Airline Akasa to Launch in 2022: Akasa airline, which is planning to operate as a low-cost carrier or an ultra low-cost carrier, expects to launch services by the summer of next year. 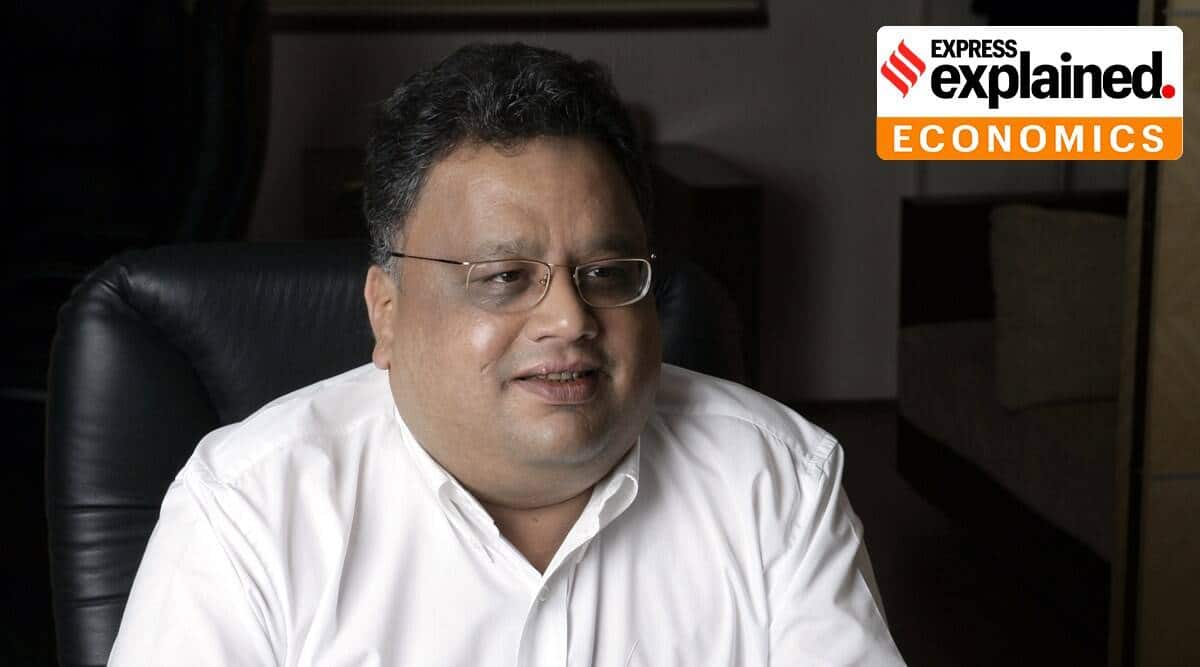 Rakesh Jhunjhunwala’s Low-Cost Akasa Airline Launch Date: Stock market investor Rakesh Jhunjhunwala-backed aviation venture SNV Aviation, which is planning an airline under the Akasa brand, has received a no-objection certificate from the Ministry of Civil Aviation. The airline, which is planning to operate as a low-cost carrier or an ultra low-cost carrier, expects to launch services by the summer of next year.

Also in Explained |Tatas and their baby: Group gets back what was snatched six decades ago

The airline is being launched by Jhunjhunwala, who will hold a 40 per cent stake in the company. Jhunjhunwala has onboarded aviation industry veterans such as former Jet Airways CEO Vinay Dube and ex-IndiGo president Aditya Ghosh to run the airline. While Dube is the CEO of the company, Ghosh is expected to be on the board as Jhunjhunwala’s nominee. The Mumbai-based investor will pump in $35 million and is planning to have a fleet of 70 planes over the next four years. “Akasa Air will serve all Indians regardless of their socio-economic or cultural backgrounds…,” Dube said in a statement. The airline said it plans to offer flights across India starting in the summer of 2022.

What is the ULCC model?

In the ULCC (ultra low cost carriers ) airline business model, the company focuses on keeping operating costs even lower than typical budget airlines like IndiGo and SpiceJet. In the low-cost model, airlines unbundle certain amenities that are usually associated with the full-service airline experience — like seat selection, food and beverages, etc. In the ultra low-cost model, there is an even further unbundling of services like checked-in baggage, cabin baggage, etc. Traditionally, while LCCs operate with significantly lower fares and only somewhat lower costs than full-service carriers, ULCCs operate with minimal costs to ensure profitability. However, experts have pegged that for a market like India, operating on a ULCC model is tough because of lack of availability of no-frill airport terminals from where the lower costs are derived. Examples of such terminals are prevalent across Europe, and are used by airlines such as Ryan Air, EasyJet, etc.

Is there a case for new players in the sector?

With the 2019 closure of Jet Airways, the disinvestment of Air India to the Tata Group, and the weakened position of other existing players, the airlines industry is facing a threat of consolidation of market share with the major players. Additionally, with vaccination rollout gaining momentum, market participants expect the sector to bounce back. In an interview with Bloomberg TV, Jhunjhunwala said: “I’m very bullish on the Indian aviation sector in terms of demand and I think some of the increment players will not recover”.

How is India’s airline space shaped?

Currently, InterGlobe Aviation Ltd-run budget airline IndiGo is India’s largest airline with over half the market share in the domestic passenger market followed by Air India, SpiceJet, GoAir, Vistara and AirAsia India. GoAir, which has filed papers for its initial public offering, recently rebranded itself to GoFirst and plans to revamp its business model to become a ULCC. The upheaval of the Indian airline industry has largely been on the back of deep losses reported in 2020-21 (April-March) because of Covid19 — a situation that has persisted with the second wave in the new fiscal. “Massive, perennial losses have created a debt trap which has resulted in most airlines having very limited means of recapitalisation. The Government of India is providing almost no direct support; lenders have by and large closed their doors to airlines, even for restructuring purposes; and lessors will soon have no option but to start applying pressure on defaulting airlines. Simultaneously we are heading into a higher cost environment, while staff morale is declining,” aviation consultancy firm CAPA noted in its India airline outlook for 2021-22.