Setback, strategy, drama, or feint? What does Russia’s retreat from Kherson mean?

Kherson is the only regional capital that Russian forces have captured since the February 24 invasion and losing it would be a major blow. Ukraine President Zelenskyy has cautioned that "our emotions must be restrained. The enemy does not bring us gifts.” Here is what is happening. 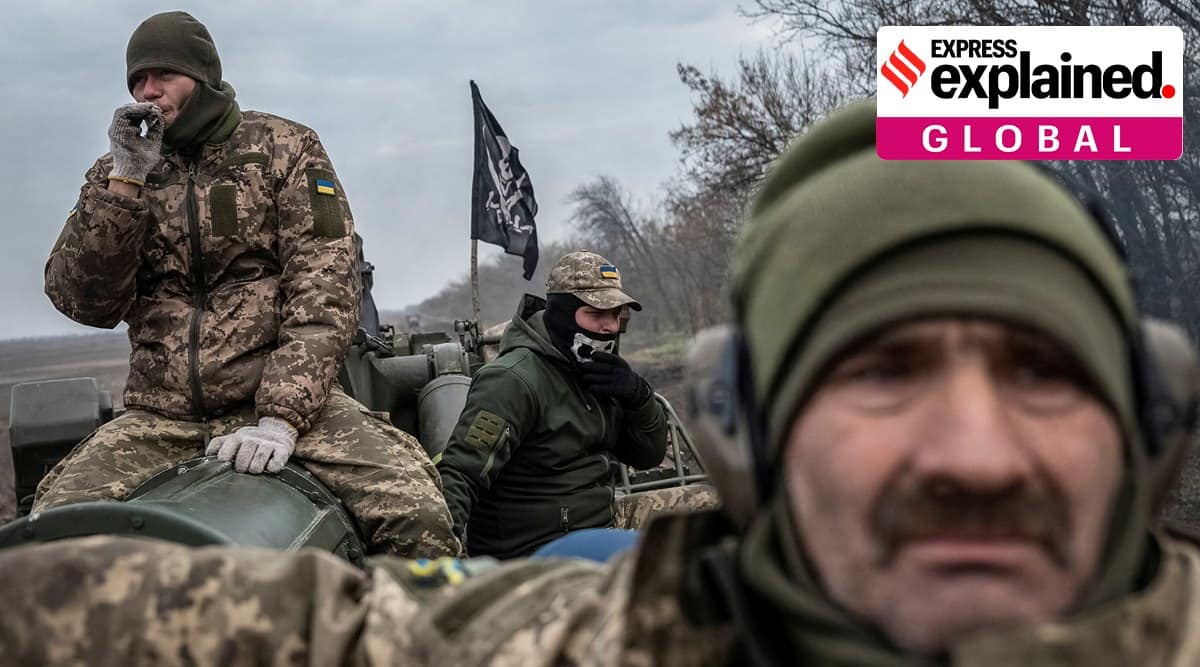 Russia has announced its troops are pulling back from the Southern Ukrainian city of Kherson, a few days after Ukraine made significant gains in the region. The Russian decision would appear to mark a significant shift in favour of Ukraine in the war that began in February this year.

General Sergey Surovikin, the commander of the Russian forces, said in televised comments that it was “proposed to take up defence along the left (eastern) bank of the Dnipro river…to preserve the most important thing — the lives of our servicemen, and, in general, the combat effectiveness of the group of troops which it is futile to keep on the right bank in a limited area”.

Russian Defence Minister Sergey Shoigu is seen in the video as agreeing with Gen Surovikin’s assessment, and directing him to “Proceed with the withdrawal of troops and [to] take all measures to transfer forces across the river”.

The city of Kherson sits on the right (west) bank of the Dnipro just before it falls into the Black Sea north of the Crimean peninsula. The river is Ukraine’s longest and Europe’s fourth-longest after the Volga, the Danube, and the Ural, and splits the country into roughly two halves as it winds its way down past Kyiv, Kremenchuk, Dnipro, Zaporizhzhia, and Kherson.

What does Russia’s seeming retreat from Kherson mean?

US President Joe Biden told reporters that the announcement — which came soon after an important Russian-installed official in Kherson, Kirill Stremousov, was reportedly killed in a car crash — was “evidence of the fact that they have some real problems, Russia, the Russian military”.

But the Ukrainians themselves remained sceptical, and expressed wariness about the motivation for the Russian announcement. “There is a lot of joy in the media space today, and it is clear why,” President Volodymyr Zelenskyy said. “But our emotions must be restrained. The enemy does not bring us gifts.”

Zelenskyy’s adviser Mykhailo Podolyak said on Twitter: “Actions speak louder than words. We see no signs that Russia is leaving Kherson without a fight. A part of the ru-group is preserved in the city, and additional reserves are charged to the region. Ukraine is liberating territories based on intelligence data, not staged TV statements.”

Actions speak louder than words. We see no signs that Russia is leaving Kherson without a fight. A part of the ru-group is preserved in the city, and additional reserves are charged to the region. 🇺🇦 is liberating territories based on intelligence data, not staged TV statements.

The New York Times quoted an unnamed White House official as saying that “in pulling back across the river, Russia was trying to preserve its forces — and their capability to fight another day”. Ukraine too has warned that Russia might try to feign a retreat in hopes of drawing Ukraine into urban combat, The NYT report said.

Volodymyr Fesenko, head of the Kyiv-based Penta Center independent think tank, told the AP, “If the Russians leave Kherson, the Kremlin will face another wave of fierce criticism of the military command and the authorities in general from ultra-patriotic circles.”

Fesenko said countries like China and India would interpret it as a sign of the Kremlin’s weakness. “[Vladimir] Putin will face reputational losses not only inside the country, but also in the eyes of China, and that could be particularly dangerous for the Kremlin,” Fesenko told the AP.

Why is controlling the city of Kherson important?

Kherson occupies a strategically important location close to the mouth of the Dnipro. It borders the Crimean peninsula, over which Russia has maintained control since 2014. A Reuters report noted that the city, founded in the 18th century by Empress Catherine the Great, is also a symbolic prize — and that the Russian retreat has come barely weeks after it proclaimed that the city (and other Ukrainian regions) would be part of Russia “forever”.

Russia occupied Kherson in the early days of the war. Not only does it form a strategically crucial land bridge, a Reuters report pointed out that a canal from the Dnipro is an important source of freshwater, and has been targeted by both sides to cut off resources for the other.

Kherson is also the only regional capital that Russian forces have captured since the February 24 invasion — losing it would be a major blow.

Military analyst Oleh Zhdanov told Reuters, “The right (west) bank is important for both sides — for (Russia) in order to ensure the steadiness of the defence of the Zaporizhzhia direction, and for (Ukraine) to free this direction and cut off these three important arteries: the land corridor to Crimea, the water to Crimea and to return control of the (nuclear plant).” The city of Zaporizhzhia, which has a nuclear power plant, is to the northeast of Kherson, upstream on the Dnipro.

Around Town: Dance, music, art and more in Delhi-NCR this month