Explained: Why have rivals Zomato and Swiggy come together to fund SaaS company UrbanPiper?

The investment round assumes significance because it brings rivals Swiggy and Zomato on the same table for the first time. Both the companies have been strategically funding startups albeit with different future roadmaps. 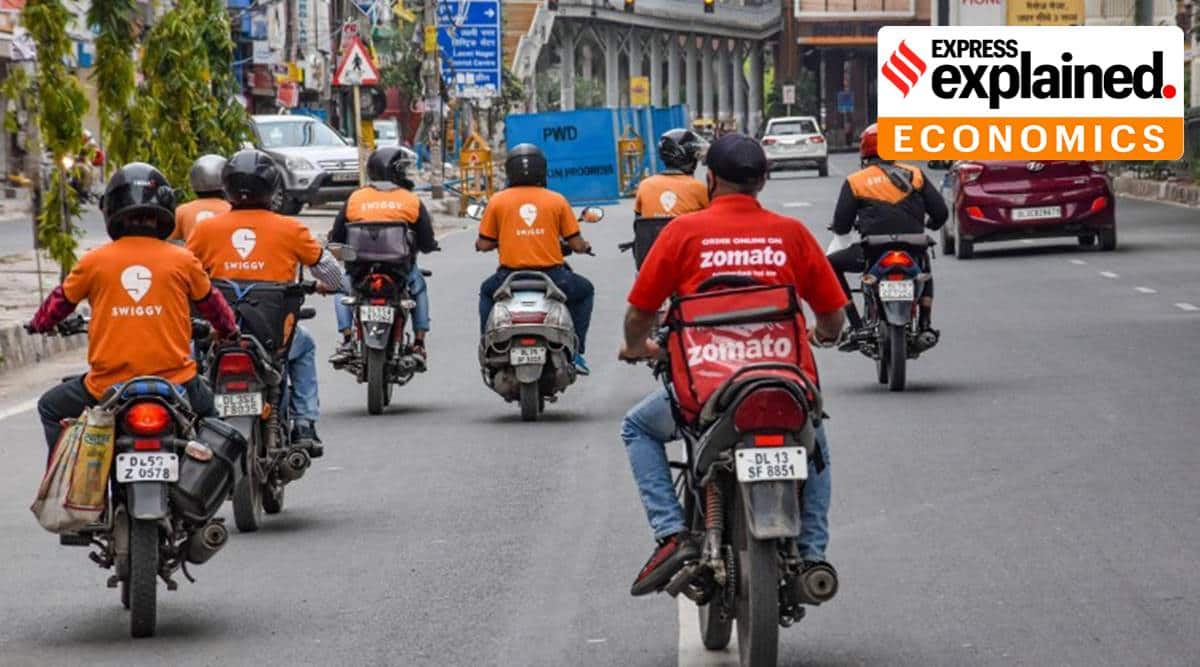 The investment round was led by existing investors Sequoia Capital India and Tiger Global with Swiggy and Zomato being onboarded as new investors. (File Photo)

Rivals in the food-delivery space Swiggy and Zomato have together invested in SaaS company UrbanPiper, which provides a single-window platform to restaurants to help run their operations. The Bengaluru-based startup, which counts marquee restaurant chains like McDonald’s, Pizza Hut, KFC, Subway, Taco Bell, Rebel Foods among its customer base, raised $24 million in its Series B funding round, it said in a statement Monday.

The round was led by existing investors Sequoia Capital India and Tiger Global with Swiggy and Zomato being onboarded as new investors. “A slew of reputed angel investors also participated in the funding round including Pankaj Chaddah (Shyft), Ankit Nagori (Curefoods), Saahil Goel and Vishesh Khurana (Shiprocket), Khadim Bhatti and Vara Kumar (Whatfix), among others,” the company said.

It added that currently it processes over 18 per cent of all online food orders placed each month in India, and has grown over 10 times in the last two years. “Currently, a restaurant signs up with an average of 6-10 different online channels/aggregators – making it challenging to manage multiple tablets/dashboards. Through UrbanPiper, restaurants can integrate all these aggregators onto a single dashboard and connect it with their points of sale resulting in a 70 percent decrease in order failure,” it said.

The company, which has over 150 employees in India, plans to increase its headcount to more than 250 in the next one year.

Significance of the move

Speaking on the investment round, Sequoia India’s Principal Shraeyansh Thakur said: “Due to pandemic-led disruptions, merchants now increasingly want to adopt digital channels and upgrade their operations. UrbanPiper is at the forefront of this digital transformation and is strategically positioned to build infrastructure connecting digital players to merchants in the F&B ecosystem. Sequoia Capital India is excited to deepen the partnership with the UrbanPiper team as they build further on their mission to empower restaurants globally, and welcome Zomato and Swiggy to this partnership”.

The investment round also assumes significance because it brings rivals Swiggy and Zomato on the same table for the first time. Both the companies have been strategically funding startups albeit with different future roadmaps. Swiggy recently led a $180 million investment round in bike aggregator platform Rapido, while Zomato agreed to buy quick-commerce company Blinkit, in addition to buying a stake in food robotics firm Mukunda Foods.

Identify your skin type with little help from Ayurveda