‘Two-finger test’ of sexual assault victims: What SC said, past attempts to stop it

What is the two-finger test? Why did the SC recently comment on it? What do govt guidelines say about it? We explain. 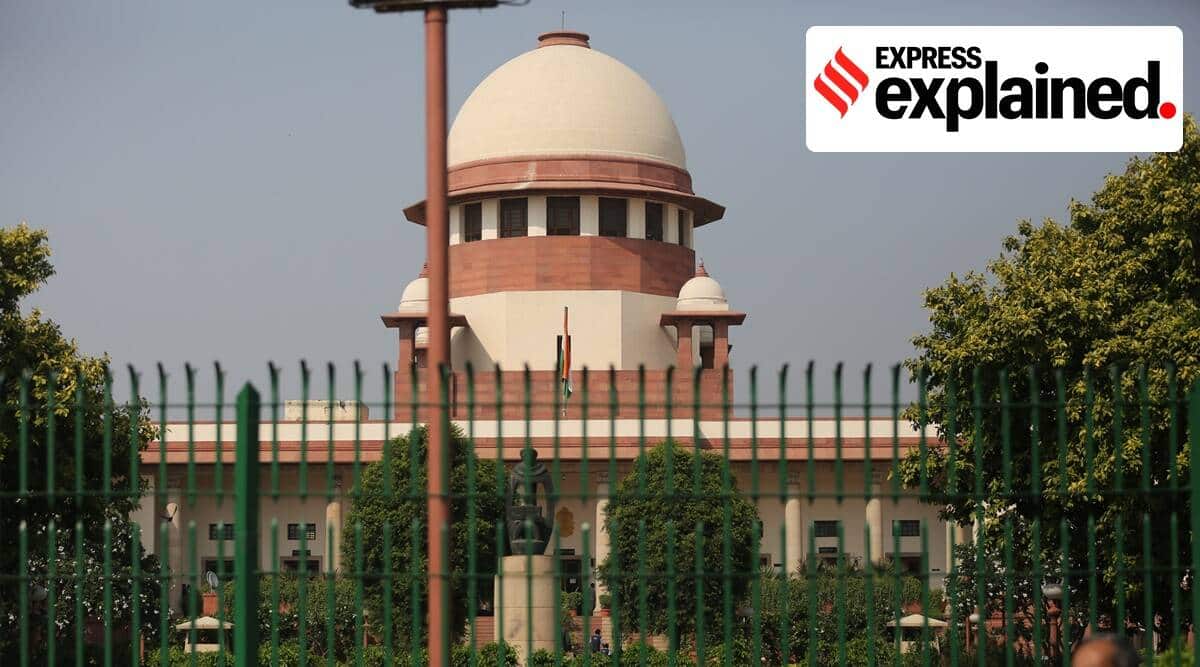 In May 2013, the apex court had held that the two-finger test violates a woman's right to privacy and asked the government to provide better medical procedures to confirm sexual assault. (File)

The Supreme Court on Monday said that those conducting the ‘two-finger test’ on alleged rape victims will be held guilty of misconduct.

“The so-called test is based on the incorrect assumption that a sexually active woman cannot be raped. Nothing could be further from the truth — a woman’s sexual history is wholly immaterial while adjudicating whether the accused raped her,” the court said.

This is not the first time the SC has expressed its disapproval with the two-finger test. The Centre’s guidelines on examining victims of sexual assault also forbid it, but the practice continues.

Also in Explained |After Uttarakhand, Gujarat seeks to bring Uniform Civil Code: what is it?

What is the two-finger test, and what attempts have been made to stop it? We explain.

What is the ‘two-finger test’?

A woman who has been sexually assaulted undergoes a medical examination for ascertaining her health and medical needs, collection of evidence, etc.

The two-finger test, carried out by a medical practitioner, involves the examination of her vagina to check if she is habituated to sexual intercourse. The practice is unscientific and does not provide any definite information. Moreover, such ‘information’ has no bearing on an allegation of rape.

A handbook released by the World Health Organization (WHO) on dealing with sexual assault victims says, “There is no place for virginity (or ‘two-finger’) testing; it has no scientific validity.”

Case in which the SC made recent observations

A Bench of Justices D Y Chandrachud and Hima Kohli made the comments in its order restoring the conviction and sentencing of a man for the rape and murder of a minor girl in Jharkhand in November 2004. The girl had been set on fire by the man after she tried to thwart his sexual assault attempt. Later, in hospital, she was subjected to the ‘two-finger test’.

Saying it was “regrettable” that the practice was still followed, the SC stated, “Whether a woman is ‘habituated to sexual intercourse’ or ‘habitual to sexual intercourse’ is irrelevant for the purposes of determining whether the ingredients of Section 375 (rape) of the IPC are present in a particular case.”

Adding that the “probative value” of a woman’s testimony does not depend upon her sexual history, the court said: “It is patriarchal and sexist to suggest that a woman cannot be believed when she states that she was raped, merely for the reason that she is sexually active.”

The SC’s earlier comments on the test

In May 2013, the apex court had held that the two-finger test violates a woman’s right to privacy and asked the government to provide better medical procedures to confirm sexual assault.

A bench of Justices BS Chauhan and FMI Kalifulla held that even if a woman is “habituated” to sexual intercourse, that cannot give rise to the presumption of consent in the particular case.

Invoking the International Covenant on Economic, Social, and Cultural Rights 1966 and the UN Declaration of Basic Principles of Justice for Victims of Crime and Abuse of Power 1985, the apex court said rape survivors are entitled to legal recourse that does not re-traumatise them or violate their physical or mental integrity and dignity.

What the government’s guidelines say

The guidelines are clear about the two-finger test, saying, “Per-Vaginum examination commonly referred to by lay persons as ‘two-finger test’, must not be conducted for establishing rape/sexual violence and the size of the vaginal introitus [opening] has no bearing on a case of sexual violence. Per vaginum examination can be done only in adult women when medically indicated.”

In fact, the guidelines state that a rape victim’s consent (or her guardian’s, if she is minor/mentally disabled) is necessary for any medical examination. Even if the consent is not provided, the victim cannot be denied medical treatment.

However, these are guidelines and are not legally binding.

Other recent attempts to stop the ‘two-finger test’

In April this year, the Madras High Court directed the state to ban the two-finger test. The bench of Justices R Subramanian and N Sathish Kumar observed that despite the SC’s 2013 observations, the test is being conducted, even on minors.

In August this year, the National Medical Commission (NMC), the country’s top medical education regulator, modified modules for forensic medicine, including guidelines about the two-finger test. The modified module on virginity test states that students will be trained on “how to apprise courts about unscientific basis of these tests if court orders it”.