Kanimozhi with her mother Rajathi Ammal and husband G Aravindan outside Patiala House court after the verdict in the 2G case Thursday. (Express Photo: Renuka Puri)

On January 7, 2008, then Telecom Secretary Siddharth Behura went to the then Solicitor General of India Goolam E Vahanvati for his opinion on the press release on the manner in which Letters of Intent (LoIs) were being planned to be issued to applicants. The SG gave the go-ahead; however, the CBI alleged that after the meeting, Behura and Raja struck out the last para of the release, which said that in case two applicants complied with LoI conditions on the same date, inter se seniority would be decided by the date of application. Both the accused then fraudulently portrayed to DoT officials that this draft had the consent of the SG. In fact, Raja, in his running notes, had mentioned “press release app. amended” after striking down the last paragraph. But Vahanvati, in his deposition, mentioned that he had not seen this running note in the previous pages when his opinion was sought.

The court said, “Vahanvati recalls facts according to his convenience as he could not recollect if he had seen “press release appd. as amended”, but he could recall that there was no deletion from the press release when he saw it.” The court said that Vahanvati knew about the change in policy from the date of payment, but had tried to wriggle out of the situation in the witness box. “His deposition is highly hesitant, lacks assertiveness and is devoid of any persuasive heft,” the court observed.

The court came down heavily on former Telecom Secretary D S Mathur, stating that he was “largely responsible for changing the policy of first come, first served”.

“…The attitude and behaviour of D S Mathur was casual and wholly irresponsible. It is he who is largely responsible for changing the policy of first come, first served through redrafted Letter of Intent (LoI)… If Raja was working against the policies of government, he could have informed the cabinet secretariat or PMO. None of this was done by Mathur,” Saini said.

The CBI’s allegation was that Raja had misled Prime minister Manmohan Singh when he wrote the letter on November 2, 2007 regarding the decision on the change of the cut-off date. However, the court said that Mathur, being the Telecom Secretary, “did not know anything”. “These letters are also at the root of the whole controversy but D S Mathur did not know anything, nor did he know if there was any irregularity in these letters… If there was no mistake in these letters, the entire prosecution case is knocked out,” Saini said. 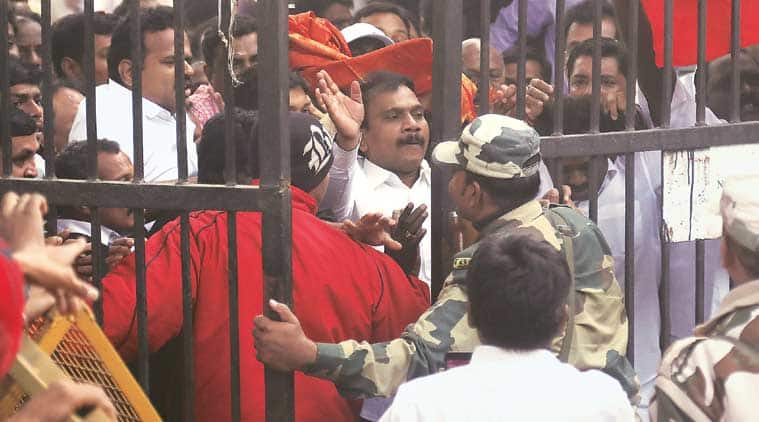 The court pointed out that Mathur had “disowned” responsibility for the cut-off date of October 10, 2007 proposed by DoT official A K Srivastava. The court said Mathur was in the “habit of first agreeing to a proposal” and “then resiling from it and leaving the headquarters when his presence was most needed for discussing important issues.” “Not only this, in the witness box, D S Mathur failed to recognise his own handwriting,” the court said.

Srivastava, Deputy Director General (Access Services), was the DoT official who put up the note for fixing the cut-off date at October 10, 2007. He was a key witness to prove that the cut-off date was changed from October 10 to October 1 to favour companies. However, the court, referring to Srivastava’s deposition, said, “…There is no material on record to show that the note regarding cut-off date was initiated by Sh A K Srivastava at the initiative of Sh A Raja, conveyed through Sh R K Chandolia to benefit the accused companies.

Srivastava was made a witness by the CBI to prove that Raja’s private secretary, R K Chandolia, had inquired about Unitech. The court said his working was “feudal”. “His statement is indicative of the fact that his working in the department was personal and feudal and not formal and professional, as a senior public servant is expected to be. There is absolutely no material on record indicating that any Unitech official was in touch with Sh R K Chandolia regarding the receipt of applications.” A Raja greets supporters as he leaves the Patiala house court after being acquitted in the 2 G case. Photo by Tashi Tobgyal

CBI had alleged violation of Clause 8 of the UASL Guidelines, which prohibits any legal person from holding substantial equity in more than one licensee company in the same service area. “The weight of the evidence, both oral and documentary, is that I P Khaitan was the man behind the entire events alleged in the instant case. Evidence is on record to the effect that I P Khaitan owns his own group of companies known as ‘Khaitan Group’ and it is separate and independent from Essar Group. When two groups are independent, there can be no violation of Clause 8,” CBI Special Judge O P Saini said.

Acquitting Raja and Kanimozhi of the charge of laundering of Rs 200 crore bribe money, the court said there was an absence of the “proceeds of crime”. The ED had alleged that a Rs 200-crore bribe was paid by Swan Telecom to DMK-run Kalaignar TV in lieu of the grant of 2G licences. “Proceeds of crime is the foundational fact for the offence of money-laundering.

Since there are no proceeds of crime, there can be no offence of money laundering, as nothing remains to be laundered. Thus, the very base of the instant case is gone…,” Saini said.