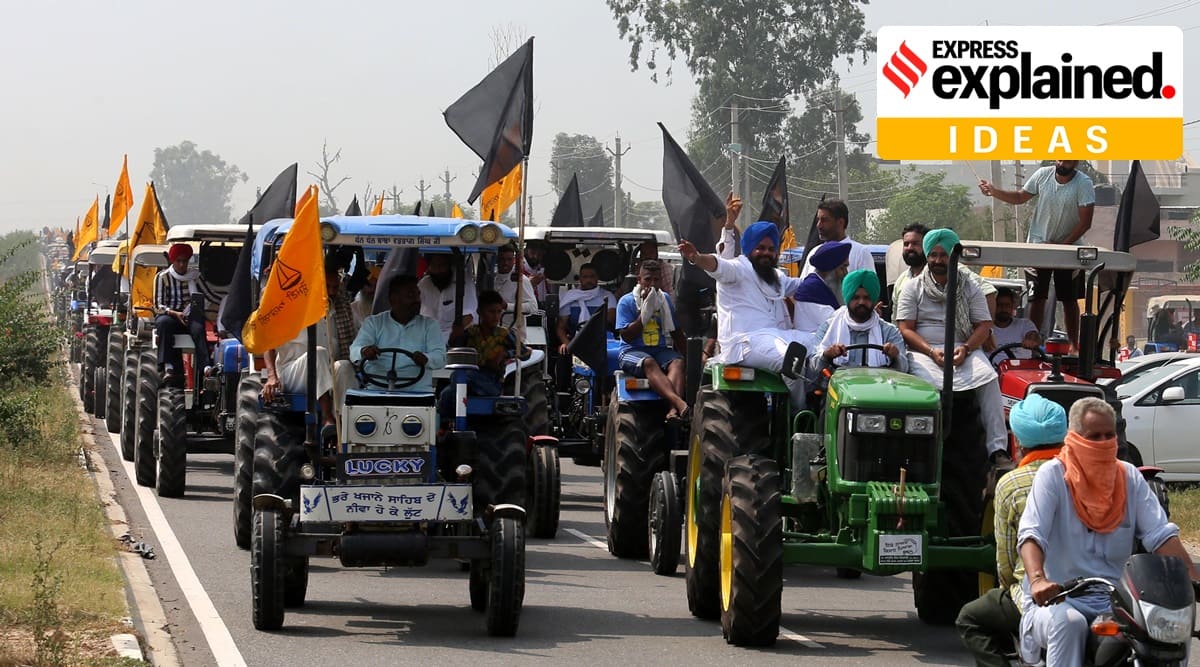 A tractor rally is carried out by Shiromani Akali Dal MLA Manpreet Ayali (right) and his supporters against the farm Bills in Ludhiana on September 23, 2020. (Express Photo: Gurmeet Singh)

In his opinion piece in The Indian Express, Sukhbir Singh Badal, President of the Shiromani Akali Dal (SAD), explains why one of the longest-standing allies of the BJP, and a key founding member of the NDA, had to quit the government.

“At stake is the entire system of ‘Assured Procurement’ by the Government of India agencies such as the Food Corporation of India,” states Badal in relation to the farmer protests. “I pleaded with the government to insert constitutional and legislative guarantees in the bills as a commitment to the farmers about the continuance of official procurement at the MSP,” writes Badal.

According to Badal, the government, first verbally and later in writing, gave assurances to this effect. But it refused to incorporate these guarantees into the Acts. The farmers were not willing to buy any assurances of the government short of legislative clauses.

Finally, finding that there was no sympathetic ear in the government either to the millions of toiling farmers or to the earnest and passionate pleas of one of its own key allies, the SAD decided to pull out of the government “to save the farmers”.

“The SAD could not be a party to anything which in its view had the potential of destroying the already beleaguered peasantry in the country, especially in Punjab”.

Badal states that in the proposed system “as a part of their marketing strategy, big corporate sharks will initially offer prices considerably higher than the official MSP”. The “simple-hearted farmer” will fall for the bait and this would look good for the first few years.

But the net result would be that this would decimate the existing marketing regime and the farmer would be finally thrown entirely at the mercy of the private sharks. There will be no one then to save the farmers from these sharks.

“We saw this strategy employed by Jio mobile phones. It was virtually free at the start. But once corporates kill competition and monopolise the market, then they have the consumer eating out of their hand,” he writes.