Explained: The influence of Islamic State in India

Given that the threads of the attack are closely connected to India with one of the Sri Lanka suicide bombers having stayed in India for a considerable time before the attack, agencies are conducting searches in South India for suspected IS recruits. 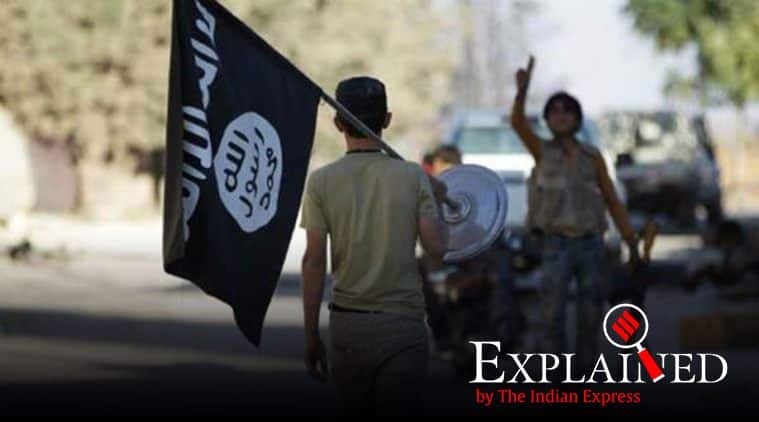 Islamic State came on the radar of Indian intelligence agencies way back in 2013 when reports from Syria suggested that some Indians were fighting alongside the IS there.

Islamic State has claimed responsibility for the attacks in Sri Lanka that claimed 250 lives last Sunday. A coordinated attack of this scale so close to India’s shores has agencies worried. Given that the threads of the attack are closely connected to India with one of the Lanka suicide bombers having stayed in India for a considerable time before the attack, agencies are conducting searches in South India for suspected IS recruits.

What is the IS influence in India?

Islamic State came on the radar of Indian intelligence agencies way back in 2013 when reports from Syria suggested that some Indians were fighting alongside the IS there. It was still considered a problem of the Middle East by the agencies until in 2014, IS kidnapped 39 Indians in Iraq and executed them. A closer look at the outfits plans revealed that they have had India in their crosshairs since the beginning. An IS map of the Khorasan Caliphate showed some of India’s states as its part.

Since then multiple Indians have travelled to Iraq and Syria to fight alongside IS and as many as 100 have been arrested by the agencies either on return from Syria or while preparing to join them. Many have also been arrested for preparing to carry out an attack in India after being inspired by the IS.

What has been India’s response?

The Indian security establishment has approached the issue of IS influence with caution. Scores of IS recruits, who have been detected while surfing IS’s online material or apprehended while trying to migrate to Syria have been counselled, made to go through a deradicalisation programme and let off with a warning.

The approach is informed by the fact that despite a very large Muslim population, India has sent very few recruits to the IS. The Indian security establishment believes that some of the youth eager to join IS are merely swayed by the IS online propaganda which has attracted a restive youth with video-game-like macabre videos. That they may not be fully radicalised given their unblemished background has led agencies to take the counselling approach.

Only such people have been arrested who agencies believed were in the process of carrying out an attack or had made multiple attempts to go to Syria despite counselling. This included Hyderabad youth Abdullah Basith who made three attempts to go to Syria and was apprehended each time. He was finally put under arrest under charges of terrorism. on his third attempt.

What is the IS influence in South India?

Even though it is North India which regularly sees communal clashes, it is southern states which have sent maximum recruits to IS. According to agencies, almost 90% of all recruits who have gone to Syria are from the southern States. A majority of those arrested by agencies while preparing to launch an attack are also from States such as Tamil Nadu, Kerala, Telangana, Karnataka and Maharashtra.

In fact the first recruit from India to join Islamic State in 2013 was Cuddalore (Tamil Nadu) -born Haja Fakhruddin. He joined the IS and migrated to Syria while working in Singapore.

Most recruits from Kerala who joined the Islamic State were either working in the Gulf or had come back from there with an already developed liking for IS’s extreme ideology.

States such as Jammu and Kashmir, MP and UP in North India have also seen some IS influence on the youth.

What kind of organisational support has IS provided to its recruits in India?

None in fact, IS has largely focused on inspiring the youth to either migrate to Syria and Iraq or carry out attacks in India with their own resources. Most of the recruiters, such as former Indian Mujahideen operative Shafi Armar, too have been Indians.

Many Indians haven’t even had a handler and they have merely come together on their own to allegedly carry out attacks in the name of IS. They have formed various groups such as Ummat E Mohammadiya, Harkat ul Harb-e-Islam, Ansar ul Tawheed fi Bilad Al Hind and Junud Al Khilafa e Hind. None, however, have had any influence beyond their close-knit group.

Most of these groups were made to arrange for explosives and arms on their own with members contributing from their pockets. Locally available explosives such as potassium chlorate scraped out of matchsticks and ammonium nitrate have been found on them. They learn bomb-making through online tutorials.