Who was Sir CP, whose ‘independent Travancore mission’ ended with assassination bid

Amid the Kerala Governor-government spat, BJP's Prakash Javadekar and state minister V Sivankutty have traded allegations over the erstwhile Travancore Diwan Sir CP Ramaswamy Iyer. Here is a brief history of 'Sir CP', as he was known. 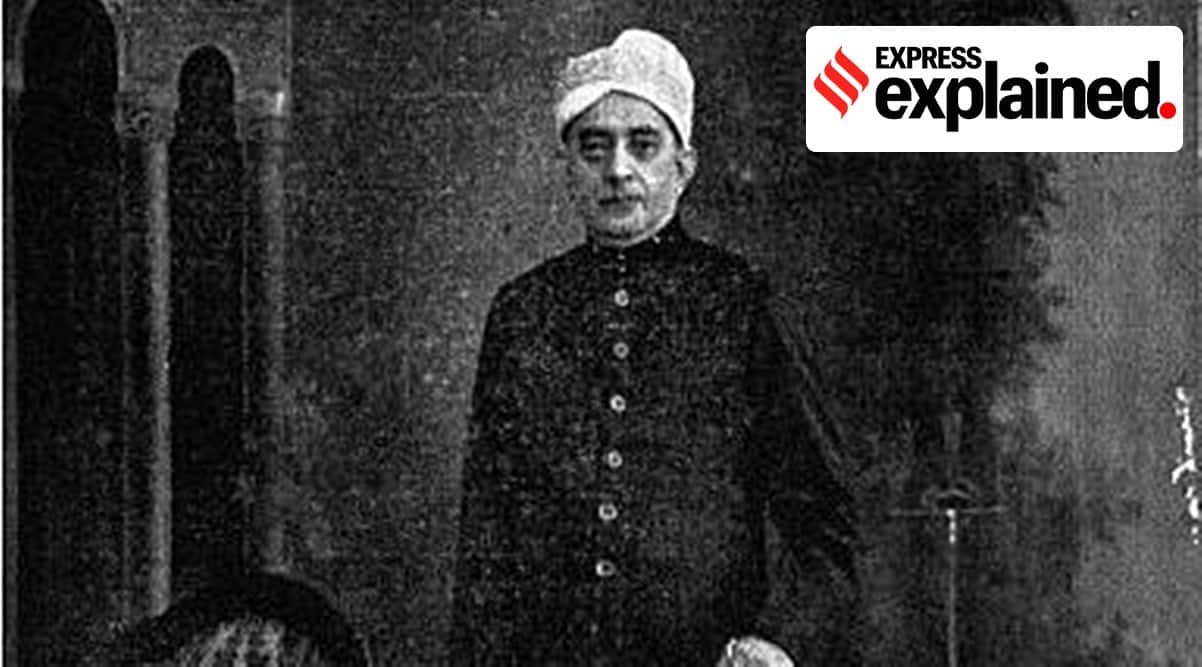 What the leaders said

Claiming that the Left dispensation was attempting to “demean” the constitutional post of the Governor and create “constitutional anarchy” in the state, former Union minister Javadekar alleged that Sivankutty had threatened the Governor by reminding him of the assassination bid against Sir C P Ramaswamy Iyer in 1947. Stating that Iyer was a good administrator and anarchists attempted to take his life, Javadekar alleged that the Kerala minister “was doing the same thing by reminding Governor Arif Mohammed Khan of the incident.”

Sivankutty hit back saying that the Diwan had tried to keep Travancore an independent country without joining India or Pakistan. Claiming that Pakistan had supported Iyer’s move, Sivankutty said in a Facebook post that the BJP leader was hailing a person who worked against the integrity of India with the support of Pakistan.

Who was Sir CP Ramaswamy Iyer?

Sir Chetput Pattabhiraman Ramaswamy Iyer, popularly known as ‘Sir CP’, was the Diwan of the erstwhile Travancore princely state from 1936 to 1947.

A lawyer who served as the Advocate-General of Madras Presidency from 1920 to 1923, CP rose to glorious heights as he found favour with both the crown prince Sri Chithira Thirunal Bala Rama Varma and Lord Willingdon, the Viceroy of India. Serving as Adviser to the prince between 1931 and 1936, Sir CP was personally requested by Sri Chithira Thirunal in 1936 to be the Diwan of Travancore, an offer he accepted and served at the position for 10 years.

Assassination attempt on CP and the end of independent Travancore mission

On June 3, 1947, Britain announced its intention to quit India, while also accepting demands for the country’s partition. Following this, the Indian Independence Act of 1947 — a legislation of the United Kingdom Parliament — gave princely states the option to accede to the newly divided territories of India or Pakistan, or continue as an independent sovereign state.

Maharaja Sri Chithira Thirunal, who wished to stay independent, was supported by Sir CP, who declared his intention of forming an independent state of Travancore that would be open to the idea of signing a treaty with the Indian union.

According to historian Ramachandra Guha, Sir CP, being strongly pressed by Mohammed Ali Jinnah, also maintained secret relations with senior ministers of the British government, who encouraged him to not merge with India.

According to a report in Manorama Online, Viceroy Lord Mountbatten, following his meeting with Sir CP in Delhi on July 22, 1947, had stated: “He (CP) declared that Travancore could never accede to the Dominion of India: he had indeed made preliminary terms with Mr Jinnah, including a trade agreement.” Guha also writes that Jinnah wired Iyer on June 20, 1947, to say that Pakistan was “ready to establish relationship with Travancore which will be of mutual advantage.”

Amid his dream of an independent state, Sir CP became more unpopular as he proposed an ‘American model’ for Travancore. Communists were opposed to his move and the struggle against the Travancore Kingdom led to the merger of socialist parties, creating a new radical communist party. Further, severe famine conditions during the Second World War, that killed over 21,000 peasants in Cherthala taluk alone, spewed discontent against the Diwan, who was accused of not helping the poor during the famine.

His policies led to a massive uprising, the Punnapra-Vayalar revolt, which was suppressed by the Travancore army and navy. As over 2,000 communists fiercely attacked police stations across Alappuzha, the crackdown they faced were brutal, with noted historian Sreedhara Menon estimating the casualties to be around 1000.

The anger and discontent culminated into an assassination attempt on Sir CP on July 25, 1947, at a concert commemorating the anniversary of Swati Thirunal.

The attempt was carried out by a member of the Kerala Socialist Party, and the Diwan survived with multiple stab wounds. Soon after, he agreed to the accession of Travancore state to the Indian Union, following which he resigned and left for London.