Shivaji’s Great Escape: What happened in Agra during Aurangzeb’s rule?

As yet another row over Chhatrapati Shivaji Maharaj erupts among politicians, a look back at one of the most famous stories surrounding the Maratha icon 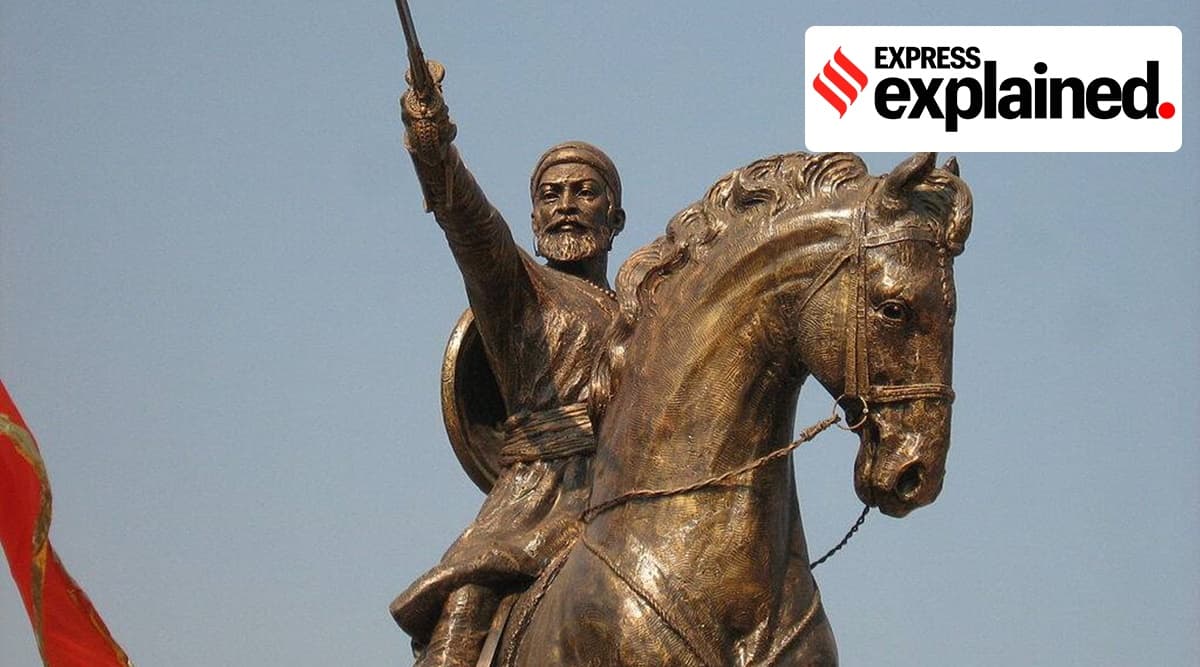 On Wednesday (November 30), Maharashtra Tourism Minister Mangal Prabhat Lodha of the BJP triggered a controversy by equating Chhatrapati Shivaji Maharaj’s legendary Agra escape to Chief Minister Eknath Shinde’s defection from the Uddhav Thackeray-led camp in Maharashtra. His comments drew sharp criticism from political parties and other organisations that venerate Shivaji as a Maratha icon, with no parallel in the past or present.

Lodha said: “Chhatrapati Shivaji Maharaj was confined in Agra by Mughal Emperor Aurangzeb. But Shivaji Maharaj came out for swarajya… CM Eknath Shinde was also for long confined by someone. But in the larger welfare of Maharashtra, he also stepped out….”.

Also in Explained |The sword of Shivaji, which the Maharashtra govt wants the UK to return to India

Eknath Shinde’s “revolt” against party leadership and CM Uddhav Thackeray in June this year led to the fall of the coalition government of the Shiv Sena, NCP, and the Congress. He has since taken the reins of Maharashtra as its CM.

The Indian Express looks at a brief history of Chhattrapati Shivaji Maharaj and the event referenced by the minister.

Who was Chhattrapati Shivaji Maharaj?

At this point of time, several Sultanates (mainly Bijapur, Golkonda and Ahmadnagar) and the Mughals were vying for the control of the Deccan. As Mughal power grew, these Sultanates would become tributaries to the Mughal Empire (while often continuing to bicker among themselves) with the rulers and ruling clans being given positions in the Mughal court.

Much like the Mughal strategy in Rajputana, a combination of alliances and armed conflict was used to maintain a hold over the “rebel provinces” of the Deccan. Over time, these states went into a state of decline.

Shivaji’s conflict with the Adil Shahi Sultanate of Bijapur began when he was only 16. He would spend the rest of his life fighting various opponents, and in the process, laying the foundation for the Maratha Empire which would stretch across large parts of the Indian subcontinent and rule till the 19th Century.

Early in his life, Shivaji realised that the key to holding power in the Deccan (or for that matter, many places in India in that era) was to capture and hold important forts. Thus, his strategies would be centred around taking control of forts in strategic locations, often on hilltops. He also repaired and built new forts as his sphere of control increased.

After strengthening hold over his jagir (Pune), he expanded in various directions. At the time of his death, he held around 300 forts over an area that stretched across the Konkan coast, from Surat to near Goa, and was overlooked by the strategic Western Ghats.

How is Shivaji Maharaj remembered?

Shivaji remained a Maratha folk legend until two centuries after his death. It was the British Raj and the subsequent anti-colonial movement that marked his increasing stature in history and as a pan Indian hero.

Nationalist historians saw him as an example of an local Indian ruler who was able to successfully resist and defeat the powerful and oppressive “outsiders” (Muslim rulers, including both Mughals and the Deccan Sultans). Thus, Shivaji rose from being a folk hero to a nationalist icon, seen as a proto-nationalist himself. Tales of his bravery were told to galvanise a population that was enduring emasculation and injustices under its British overlords. Over the 19th and 20th centuries, the narrative around Shivaji Maharaj emphasised on both his military heroism and his just rule.

Shivaji and the Mughals

Shivaji’s meteoric rise posed challenges to the suzerainty of the Mughals. His first direct encounter with the Mughals was during Aurangzeb’s Deccan campaigns of the 1650s. As Aurangzeb went North to fight for the Mughal throne, Shivaji was able to seize further territory.

His tactics against the Mughals were adapted to the specific nature of his force and the flabby Mughal armies. Using swift cavalry attacks, he would raid and pillage Mughal strongholds. While on the rare occasion he would engage in battle to actually capture and hold Mughal positions, most often, he would simply cause much menace, raid the treasury, and leave with the Mughals in terror and disarray.

Famously, in 1664, he attacked the port of Surat (now in Gujarat) and plundered one of the richest and busiest commercial towns of Mughal India while the local governor hid in a nearby fort.

As the legend of Shivaji and the physical sphere of his influence grew, Aurangzeb sent a 100,000-strong, well-equipped army under Raja Jai Singh I to subdue him in 1665. After putting up a valiant fight, Shivaji was besieged in the Purandar hill fort.

He was taken to Aurangzeb’s court in Agra in 1666. He presented Aurangzeb with various gifts, but he felt slighted at the treatment he received in return, and made his displeasure clear in open court.

Aurangzeb put him under house arrest in Agra. Far away from home and help, Shivaji realised he needed to escape to save himself and his territories. He began to plot a plan to return home and keep up his fight against the Mughals.

The story of Shivaji’s subsequent escape is now part of common lore. The popularly told story involves an elaborate plan, under which he began daily distribution of alms to brahmans. The alms would be sent from his home in Agra in large, covered baskets.

After some time, the Mughal guards became lax about checking the contents of the baskets that daily left his house. One day, Shivaji slipped into one of the baskets, and put his young son, Sambhaji, in another basket. It was in these covered baskets that Shivaji and his son left Agra, right under the noses of the Mughals.

From there, he would traverse across Mughal territory, living incognito until he reached the safer lands closer to home. Some versions of this story say that he took the disguise of a wandering ascetic while others say he had a number of different disguises. His exact path is not known, though folktales and songs memorialising Shivaji often mention different towns and places he crossed.

Aurangzeb was livid and embarrassed. But he chose not to start an immediate conflict with Shivaji again. Instead, he offered Shivaji the title of Raja and guaranteed his authority in the Maratha lands as long as he acknowledged the supremacy of the Mughals and maintained truce.

By 1669, Shivaji had regrouped and raised an effective army. Using his old guerilla tactics, he would swiftly descend into static Mughal and Bijapuri strongholds, looting and pillaging the shocked Mughals. During this time, Aurangzeb was occupied with Pathan revolts in the North-West corner of his Empire. Shivaji deftly regained his lost positions in the Konkan coast. In 1674, he crowned himself Chhatrapati, officially creating an independent Maratha kingdom.

The next six years were spent expanding his rule and forging new political norms, replacing the prevailing Indo-Persian court culture. He promoted the use of Marathi and Sanskrit in his courts and created an elaborate administrative system with a council of ministers known as “Ashta Pradhan.”