The  Indo-Pakistan border viewing point in Nadabet, as part of the Seema Darshan project, is aimed at boosting border-tourism in Gujarat. What activities does the project include? How has the response been so far? 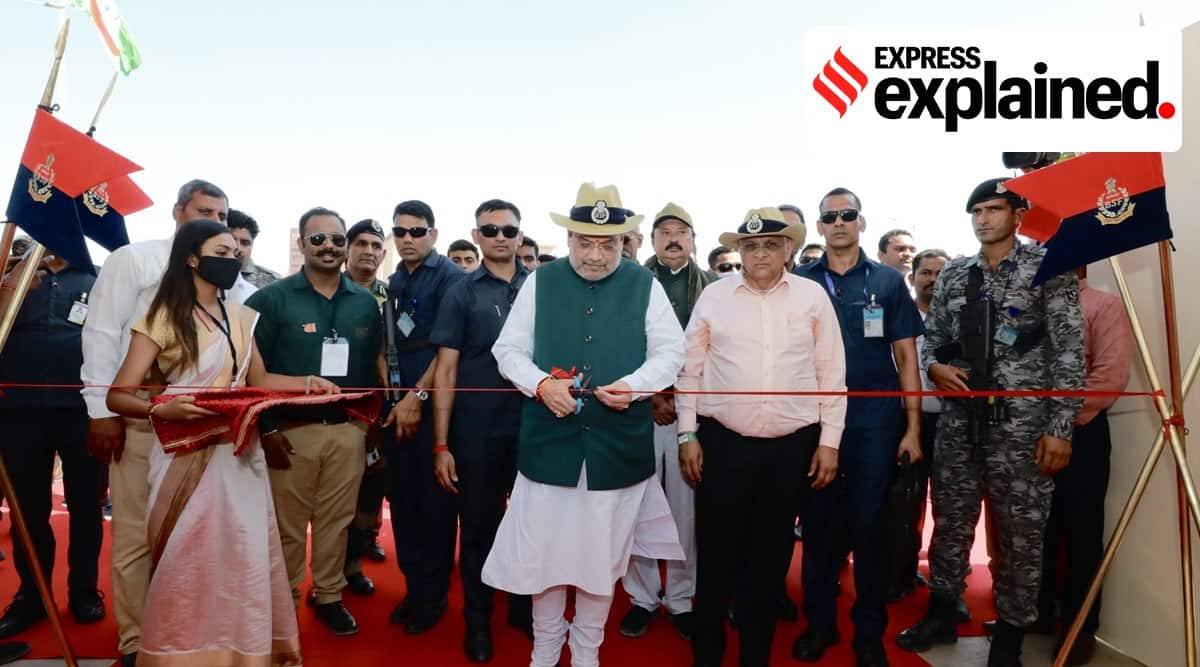 As part of the Seema Darshan project, Union Home Minister Amit Shah on Sunday (April 10) inaugurated an Indo-Pakistan border viewing point in Nadabet in Gujarat, around 188 km from Ahmedabad. Located in the Rann of Kutch region, this attraction, also known as the ‘Wagah of Gujarat’, is connected by a narrow bitumen road cutting across mudflats that get inundated during high-tide.

What is the Seema Darshan project?

The biggest attraction of the Seema Darshan project is the access provided to civilians to view the fenced international border with Pakistan at ‘Zero Point’. This is guarded round the clock by the Border Security Force (BSF) in Banaskantha district of Gujarat. The Seema Darshan project is a joint initiative of the tourism department of the state government and the BSF Gujarat Frontier, where the focus is to develop border-tourism in the region which has a sparse population and even sparser vegetation.

Shah had said the project would not only boost tourism but also restrict “migration from the villages across the border to the Indian side”. Pakistan is around 150 metres from the border pillar 960 at Nadabet.

ML Garg, Deputy Inspector General of BSF, said, “We can call Nadabet the ‘Wagah of Gujarat’. However, there is a difference. Though the BSF conducts a parade similar to the one held at Attari-Wagah border in Punjab every evening during sunset, there won’t be anyone present across the border on the Pakistani side.”

Secondly, the parade held on the Indian side will be in the evening in an open-air auditorium that will have the capacity to seat 5,000 persons. This auditorium is located at T-junction which lies 30 km from the border.

Zero Point is about 25 km north from the T-point near the India-Pakistan border. (Source: Google Maps/gujarattourism.com)

Apart from a retreat ceremony, the place offers adventures like rock climbing, rappelling, rifle shooting, zipline and other activities. It has war exhibits like the MIG-27 used in the 1971 Indo-Pak war, battle tanks, and an aircraft positioned on the road near the border. There is also a viewing gallery, selfie points near field guns, and a museum to learn about the history of BSF.

“People will not only get to see the border, but the exhibits will spread awareness about practical problems faced by security forces. The idea is to connect people with the country’s security,” a BSF official said.

The upkeep of the facilities developed so far has been outsourced by the Gujarat government to Lalooji and Sons, which manages tourism operations of Rann Utsav in the adjoining Kutch district.

This vast land is built on the sweat and grit of the brave sons of BSF. India’s novel border tourism destination is ready for its grand inauguration. Prepare to be here. #nadabet #border #BorderTourism #GujaratTourism #IndoPakBorder #Gujarat pic.twitter.com/MhHlXoUq1g

According to BSF officials, Nadabet played a key role in the 1971 Indo-Pakistan War. It was in this region that the BSF not only stalled the enemy trying to invade from the west, but also captured 15 enemy posts. At Nadabet, there are maps showing the movements of the BSF battalions capturing enemy positions during the war.

During the war, the BSF had captured 1,038 square km of Pakistan territory in Nagarparkar and Diplo areas. The area was returned to Pakistan after the Shimla Agreement was signed.

Advertisement
Also in Explained |What is Canister Launched Anti-Armour Loiter Ammunition that the Army wants?

So, how does one get to Nadabet?

The only way to access Nadabet is through a road guarded by the BSF from Suigam. This road leads to the T-junction, which lies close to the Nadeshwari Mataji temple, and was once the last point accessible to civilians. While most of the attractions developed as part of the Rs 125 crore Seema Darshan project are at the T-junction, visitors can take special permission to view the border located at Zero Point, about 25 km further north of the T-junction.

“Though people were permitted to use their personal vehicles to visit Zero Point, a bus facility to transport tourists has now been provided,” Garg said.

At Zero Point, a high watchtower has been erected that gives visitors a view into Pakistani territory.

Home Minister Amit Shah poses near a sign that says ‘I am at Nadabet’ on Sunday. (Twitter/@AmitShah)

How has the response been so far?

On weekdays, there are around 4,000 visitors visiting Nadabet, while on the weekends, this number goes up to 10,000-20,000, said an official. Currently, there are no facilities for tourists to stay overnight.

Shah had said the place will generate five lakh jobs over 10 years and also have night halt facilities. There is a nominal entry fee of Rs 100 for adults and Rs 50 for children above the age of two. Extra payment needs to be made for rides and adventure activities. The border visit timings are from 9 am to 7 pm.

The Seema Darshan project was first inaugurated by former Gujarat chief minister Vijay Rupani in December 2016. Though tourists facilities were yet to be developed at the time, there was already a steady flow of visitors interested in viewing the border.