SC reserves verdict on EWS quota: What the govt, petitioners have argued

The Supreme Court had taken up three issues for consideration in the challenges posed to the 10% EWS quota for the general category. What were these issues, what has the government said in court about the quota, and what are the arguments against it? We explain. 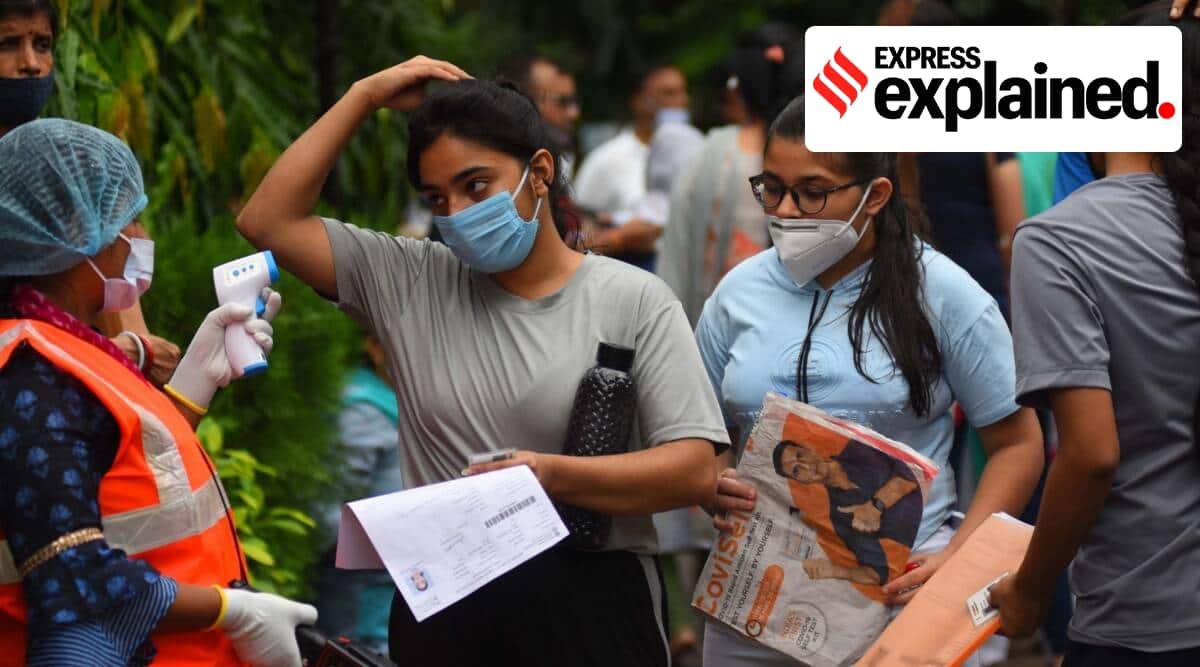 The challenge to the EWS quota was referred to a five-judge Bench. (Picture for representation.)

The Supreme Court on Tuesday (September 27) reserved its verdict on petitions challenging the validity of the 103rd Constitution amendment, which provides 10 per cent quota to economically weaker sections (EWS) from non-backward castes in educational institutes and government jobs.

A batch of pleas were filed to challenge the EWS quota, brought in in 2019. The case was referred to a five-judge bench in 2020, and the Supreme Court on September 8 took up three issues for consideration. What were these issues, what has the government said in court about the quota, and what are the arguments against it? We explain.

The issues SC is examining

“Whether the 103rd Constitution Amendment can be said to breach the basic structure of the Constitution by permitting the state to make special provisions, including reservation, based on economic criteria”;

* “Whether it (the amendment) can be said to breach the basic structure…by permitting the state to make special provisions in relation to admission to private unaided institutions”;

What the government has said

The government, represented by senior lawyers including Attorney General K K Venugopal and Solicitor General Tushar Mehta, has argued that the 103rd Constitution amendment does not breach the basic structure of the Constitution, as it does not disturb the reservation given to other castes, and the State has the power to take affirmative action to elevate the poor among the general category.

Towards this end, the government told the court on September 27, it had approved the creation of 2,14,766 more seats and allotted Rs 4,315.15 crore to improve the infrastructure in higher educational institutions, so that quotas for other categories are not affected.

Before that, on September 21, AG Venugopal had told the court that the EWS quota would not erode the rights of SCs, STs and OBCs, who are already “loaded with benefits by way of affirmative actions”.

“This reservation is a new evolution, totally independent of reservations for STs, SCs and OBCs. This is independent of the 50%. The question of it exceeding the limit of 50% and hence violating the basic structure doesn’t arise,” the AG told a five-judge Constitution bench presided by Chief Justice of India U U Lalit.

Venugopal also said a large population of the general category would be disadvantaged if the quota was scrapped.

The court then asked if the reservation would eat into 50 per cent set apart for the general category, and if the OBCs above the creamy layer would only be able to compete for seats within the 40 per cent.

“There was a submission advanced by one of the counsel that so far as the creamy layer component of the OBCs is concerned, they are not entitled for any reservation as a matter of right…. The OBCs, who are above the creamy layer, for them the piece of the cake or the cake get reduced from 50% to 40%,” the court said.

The bench, which apart from the CJI consists of Justices Dinesh Maheshwari, S Ravindra Bhat, Bela M Trivedi and J B Pardiwala, also referred to arguments that the EWS quota excluded the poor among SCs, STs and OBCs, thereby discriminating on grounds of caste.

“There is a right to be treated as an open category…. Depending upon the performance, you get into merit. Anybody can make it in the general category…. But once you put a 10% embargo, you are excluding some classes on the basis of caste,” the bench said.

The AG clarified that “the creamy layer will have to compete in general category seats”.

Some of the the arguments against the EWS quota

Those arguing against the EWS reservation have broadly claimed that the quotas in the Constitution were envisaged as a means to ensure adequate representation to those historically disadvantaged because of their caste identity, and not as a poverty alleviation scheme. They have said caste and its attendant oppression is permanent and passed down generations, while poverty can be temporary.

On September 13, G Mohan Gopal, an academic appearing for the petitioners, termed the 103rd amendment an “attack on Constitutional vision of social justice” and “a fraud on the Constitution”. He claimed that going by the warnings of B R Ambedkar, “if this amendment is upheld, that will be the end of equality of opportunity”.

Gopal also argued that equality was a demand of the people from backward communities, never of the elite, and that the backward classes are “not interested in reservation; we are interested in representation”.

Senior advocate Meenakshi Arora argued that in case of the EWS quota, “there are no guard rails and there is not even an endpoint”. Submissions were made that in case of the reservation provided to backwards castes, conditions like maintenance of efficiency of administration were prescribed in Article 335, and there was a provision for an endpoint once the communities are “adequately represented” in the spheres of education and administration.

Congress high command is well known, but BJP has one too