House arrest is allowed under specific conditions that are peculiar to each prisoner. They almost always include restrictions on travel and meeting people, and may include electronic surveillance of the prisoner by means of a wearable tracking device. 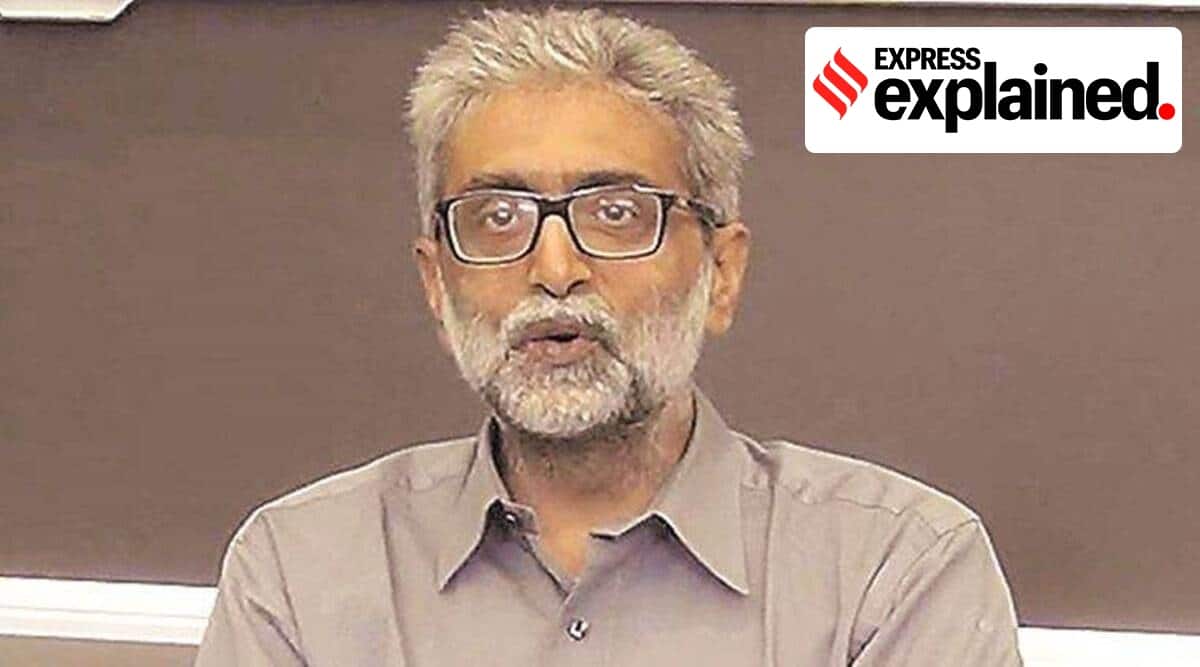 The Supreme Court on Thursday (November 10) ordered that human rights activist Gautam Navlakha should be moved from Taloja Central Prison to house arrest within 48 hours. The interim order will be revisited after a month.

Navlakha, 73, is an accused in the Bhima Koregaon case and has been in jail since April 2020. He suffers from multiple ailments. He moved the Supreme Court after the Bombay High Court rejected his plea seeking transfer to house arrest on account of his medical condition.

What did the court say?

A Bench of Justices K M Joseph and Hrishikesh Roy ordered, “He (Navlakha) was placed in house arrest in an earlier occasion… Prima facie, no complaint that he misused earlier house arrest. No criminal antecedents apart from this case against him…We would think that we should allow to be house arrest, at least, to begin with, for a period of one month,” legal websites Live Law and Bar and Bench reported.

The Bench had earlier said in oral remarks: “This Court has considered house arrest as a form of custody… All kinds of restrictions. We will try out. He’s not in the best of health…70 years old man. He’s on his way to the inevitable…Place whatever restrictions. At least let him remain in house arrest for a few days. Let’s try to work it out…”

Setting aside the High Court order, the Bench said, “We are little mystified as to why High Court said petitioner does fulfill criteria of age. He’s aged 70 years. The state of health is also far from perfect, there are multiple health issues…,” Live Law reported.

What exactly is house arrest?

House arrest—also known as home confinement or home detention—is the act of confining a person to specified premises that are not a regular jail. These premises can be the person’s own home or someone else’s, subject to approval by the authorities. House arrest is seen as an alternative to confinement in jail either during trial or after sentencing, which can be used in the case of certain categories of prisoners with specific medical or other needs, or those who are not deemed dangerous.

The Code of Criminal Procedure does not mention house arrest. Section 5 of the National Security Act, 1980, empowers the state to detain an individual “in such place and under such conditions…as the appropriate Government may, by general or special order, specify”. The detained person may be “removed from one place of detention to another place of detention, whether within the same State or in another State, by order of the appropriate Government”.

House arrest is allowed under specific conditions that are peculiar to each prisoner. They almost always include restrictions on travel and meeting people, and may include electronic surveillance of the prisoner by means of a wearable tracking device.

What are the conditions of Navlakha’s house arrest?

The court said that police may search and inspect the premises to ensure that Navlakha does not misuse the house arrest. However, it said, “We make it clear that such searches should not be abused…should not be a ruse to harass the petitioner.”

Counsel for Navlakha informed the court that he would stay in a 1BHK apartment located on the first floor above a public library, Live Law reported. The NIA said it would inspect the location before his transfer.

Live Law said that among the conditions for the house arrest, the court laid down:

* Police would be posted outside the house, and CCTV cameras would be set up outside the rooms and at entry and exit points of the residence;
* Navlakha cannot leave the house except for walks, accompanied by police, and he is not allowed to engage with any person during these walks;
* He would have no access to the Internet, and to any communication device;
* He can make phone calls for 10 minutes once a day in the presence of police, only on a mobile phone provided by the police personnel;
* He will be allowed visits by two members of his family once a week for three hours;
* He can watch cable TV and read a newspaper.

The Live Law report said the expense of the surveillance would have to be borne by Navlakha himself, and that any deviation from the conditions of house arrest could result in cancellation of the order.

The court said Navlakha had been put under house arrest earlier too (answer to first question above). What were the circumstances then?
Indeed, this is not the first time Navlakha will be in house arrest.

The next day, the Supreme Court, responding to a writ petition by activists against the arrests of Navlakha and others, rejected their plea for an independent investigation, but permitted the accused persons, including Gautam Navlakha, to continue their house arrest for four weeks, and to approach a court of competent jurisdiction for any remedy permissible under law.

On October 1, 2018, Delhi High Court held that Navlakha’s arrest was unsustainable in law, and directed that his house arrest come to an end. Navlakha then approached the Bombay High Court, which was the jurisdictional High Court, seeking that the FIR, which was in Pune, should be quashed.

The Supreme Court refused to grant him anticipatory bail, but it extended his period of house arrest by four weeks. He was given the liberty to approach a competent court seeking anticipatory bail.

At this stage, the Supreme Court directed Navlakha to surrender himself to custody. Navlakha surrendered, and was sent to judicial custody soon afterward.

What has been the view of court on house arrest?

In May 2021, rejecting Navlakha’s plea for default bail, the Supreme Court said keeping him under house arrest could be considered in view of the overcrowding in the jails.

Rejecting Navlakha’s plea, a Bench of Justices UU Lalit, Indira Banerjee and K M Joseph suggested that the lower courts could put him under house arrest, given the need to stop overcrowding of jails in the midst of the Covid-19 pandemic’s second wave. They said that using the provisions of Section 167 CrPC, an accused can be put under house arrest when sent to judicial custody instead of sending him to jail as is ordinarily done.

Speaking for the bench, Justice Joseph said: “The concept of house arrest as part of custody under Section 167 has not engaged the courts, including this court. However, when the issue has come into focus, and noticing its (Section 167) ingredients we have formed the view that it involves custody which falls under Section 167.”

Justice Joseph said: “We observe that under Section 167 in appropriate cases it will be open to the courts to order house arrest.” Indicating the criteria, which the court said were not exhaustive, Justice Joseph said an accused could be sent to house arrest given factors like “age, health condition and the antecedents of the accused, the nature of the crime, the need for other forms of custody and the ability to enforce the terms of the house arrest”.

‘Instant karma’: Video shows woman falling down from a bike while trying to kick another