Why has RBI taken the hawkish stand of raising the repo rate by 35 basis points? What does the GDP forecast signify about economic recovery? We explain. 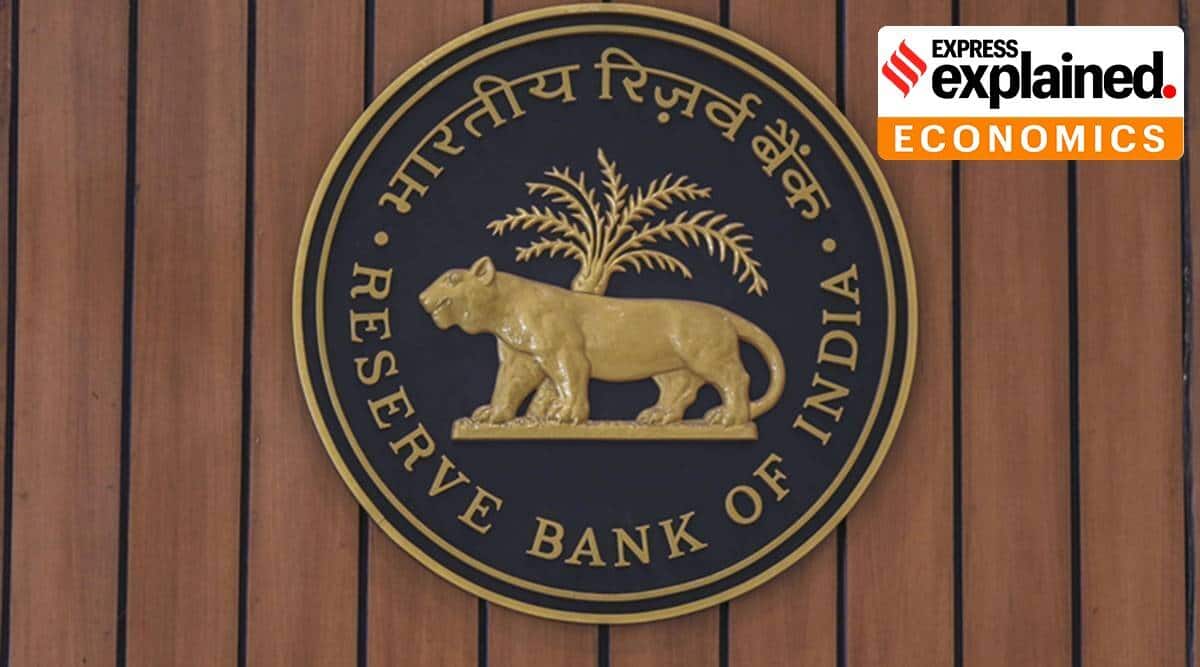 Even though the raising of the repo rate by 35 basis points is in line with market expectations, most observers saw the latest policy statement as “hawkish”. (Photo via Dhiraj Singh/Bloomberg)
Listen to this article
Reading RBI’s monetary policy review
x
00:00
1x 1.5x 1.8x

On Wednesday, the Monetary Policy Committee (MPC) of the Reserve Bank of India (RBI) unveiled its latest review of the monetary policy. In it, the RBI cut India’s GDP (gross domestic product) growth forecast for the current financial year, maintained the inflation forecast, and raised the repo rate by 35 basis points.

Even though the raising of the repo rate by 35 basis points is in line with market expectations, most observers saw the latest policy statement as “hawkish”.

In India, the RBI is entrusted with the responsibility of devising monetary policy “with the primary objective of maintaining price stability while keeping in mind the objective of growth”.

The central bank is supposed to target a 4% retail inflation level, although the RBI has the leeway of inflation going up to 6% or falling to 2% in any particular month. Retail inflation is the inflation (or rise in the general price level) that everyday consumers face.

Typically when an economy experiences fast economic growth — that is, there is a lot of demand in the economy — prices rise.

Some degree of inflation is desirable as it promotes economic activity. Think of the reverse: if everyone thought things will be cheaper tomorrow or next month, they would defer their purchases and the economic activity (read the GDP) would contract.

Explained |RBI hikes key interest rate by 35 bps: what does this mean?

When inflation runs high, RBI raises the repo rate — the interest rate it charges banks when it lends them money. Doing this incentivises savings and disincentives expenditure, thus curtailing overall demand and GDP. That, in turn, reduces the inflation rate.

In times of weak economic activity, RBI cuts the repo rate and by the reverse logic, boosts demand and economic output.

All these critical decisions about the repo rate are taken by the MPC, which meets once every two months to assess inflation and growth outlook.

What is the significance of the latest policy review?

Indian policymakers are facing an odd quandary. Over the past couple of years, India has had to deal with a scenario where inflation has been high even as economic output struggles to grow.

This has happened for a variety of reasons. In particular, India was already experiencing a severe growth slowdown before the Covid pandemic. This was made worse by the lockdowns during Covid, while inflation shot up on account of supply disruptions, first due to the pandemic and then due to Russia’s war in Ukraine.

For a while, the RBI has prioritised economic recovery but that has meant high inflation, which hurts the poor the most. In fact, since the start of 2022, inflation has been above the 6% mark. The RBI has had to explain to the government why it let this happen.

What is the latest outlook on inflation and interest rates?

In other words, as things stand, even RBI expects headline inflation to stay above the 6% mark for 15 straight months. Even after that, hitting the 4% level will likely take time.

This implies that even though RBI may not raise the repo rate by much from here on — most expect another 25 basis point increase in February — the RBI is likely to stay at that level for a year at least, before considering a cut.

Why is RBI’s stance being called hawkish?

The term “hawks” refers to central banks that have a very low threshold for tolerating variation from the targeted inflation level. What makes the RBI’s current stance more “hawkish” is the RBI’s reference to “core inflation”.

“Consumer price inflation moderated to 6.8 per cent (y-o-y) in October as expected, but it still remains above the upper tolerance band of the target. Core inflation is exhibiting stickiness…On balance, the MPC was of the view that further calibrated monetary policy action is warranted to keep inflation expectations anchored, break core inflation persistence and contain second round effects,” said Governor Shaktikanta Das on Wednesday.

RBI traditionally targets the headline rate, which is moderating. Core inflation, on the other hand, is going up and thus, it may push the RBI to take a more hawkish stance from here on.

What about GDP growth?

The RBI has cut the GDP forecast marginally for the second MPC in a row (see TABLE). It now expects the GDP to grow by 6.8% in the current financial year.

However, even now, the quarterly forecasts for GDP growth in Q3 and Q4 are higher than what the RBI pencilled in April.

This is significant because, since April, repo rates have now gone up by 225 basis points. Higher interest rates progressively drag down the economy.

As such, either the latest GDP forecast suggests a more robust economic recovery than envisaged at the start of the year — in which case the RBI might have to stay hawkish for longer — or one can expect the GDP forecast to be revised down yet again in the next MPC meet of February 2023.