Explained: Two reports, 2 decades apart, predicted Punjab’s desertification in 25 years. Here’s why they are both right

Punjab is drawing more water than is being replenished, as a result of which the water table is going down. 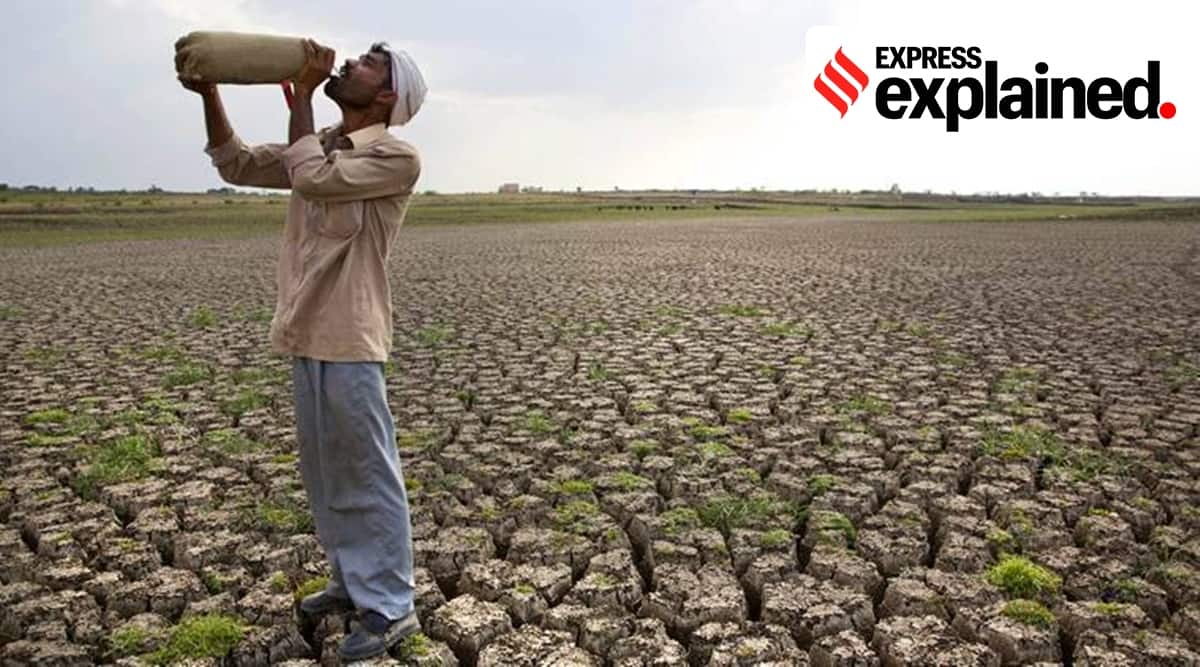 The report says Punjab’s aquifers could be depleted by 2025. (File)

The Punjab Vidhan Sabha committee, constituted to study water table depletion, has recently said that the state will turn into a desert in the next 25 years if the present trend of drawing water from underground aquifers continues.

This is a prediction that has been made before – over two decades ago, a study on water table depletion in Punjab had projected almost the same time frame of 25 years, saying aquifers in Punjab could be depleted by 2025.

How alarming is the water situation in Punjab really? Could both reports be accurate? We explain.

What is the report from two decades ago

According to Central Ground Water Board (CGWB) officials, the study was titled ‘The State of the World Report, 1998′, published by Washington-based World Watch Institute (WWI). It said Punjab’s aquifers could be depleted by 2025.

Why will the land of five rivers (now 2.5 rivers after the Partition of Punjab) turn into a desert?

In simple terms, we are drawing more water than is being replenished, as a result of which the water table is going down. This is posing the threat of desertification for Punjab. The rate of water extraction in Punjab is 1.66 times against the rate of replenishment.

Also in Explained |Why, even after 10 months, farmers’ protest shows no signs of waning

Only 22 blocks, which are located in South West Punjab and Kandi area, witnessed a rise in the ground water table in the past two decades. However, this is not good news, because the water in most such blocks is either saline or brackish, fit for neither irrigation nor human consumption.

Experts said that water availability at 3 to 10 meters, which needs a centrifugal pump to extract water, is the most desirable, but currently, water is available at 20 to 30 meters, or more than 30 meters down, in around 84 per cent of Punjab. This needs tubewell or submersible pumps for extraction, and farmers are spending huge amounts to get deeper and deeper wells, leading to financial liabilities.

Why is Punjab over-exploiting its groundwater?

Because of the adoption of a faulty cropping pattern.

With the advent of the Green Revolution in the state in 1966-67, paddy, historically never the main crop of Punjab, was adopted on a large scale. The area under it increased from 2.93 lakh hectares (LH) in 1966-67 to 31.49 LS in 2020, which was the highest-ever area under rice cultivation in the history of Punjab. This is an almost 11-time increase in rice area in five decades.

How to explain the two 25-year predictions

Experts said the calculation of 25 years was relevant two decades back as well as today.

They said water was then available at a depth of 3-10 meters in most of Punjab, barring a few districts where it was up to 20 meters deep. But now it is not available at this depth in 84 per cent of the state, which is a desert-like situation as we can only get water through deep tubewells.

“It is true also because in almost two decades from 1999 to 2017, the number of dark/overexploited blocks had increased from 73 to 109. If seven critical and semi-critical blocks are added, the number comes to 116 blocks,”said Dr Rajan Aggarwal, adding that it puts a big question mark on the sustainability of agriculture.

“We do not know if in the future, water will be available at 200 meters or 300 meters, because it is in scattered form, not linear. Also, we don’t know what the quality of this water would be,” said Dr. Rajan, adding that like upper aquifers, deeper aquifers can also dry up if extraction is not controlled.

Talking about VS Committee’s report, Sarabjit Singh, former professor industrial and production engineering NIT Jalandhar, said that instead of taking it literally, one should see it as an indication of the magnitude of threat Punjab’s water table is facing. “In a couple of decades, we have dried up our upper aquifers. This could happen to deep aquifers too, and then Punjab will be like another Rajasthan. It is high time we stop mindless extraction and replenish our water,” said Singh.

“Farmers must be incentivised to choose cropping patterns that require less water, and go for drip irrigation or other water management mechanisms to save our only available deeper aquifers,” Singh added.

October 18 is point-of-no-return to deal with US debt: Janet Yellen