What is the office of Chief of Defence Staff that Prime Minister Narendra Modi announced in his Independence Day address? Where did the idea come from, and what is the CDS supposed to do? 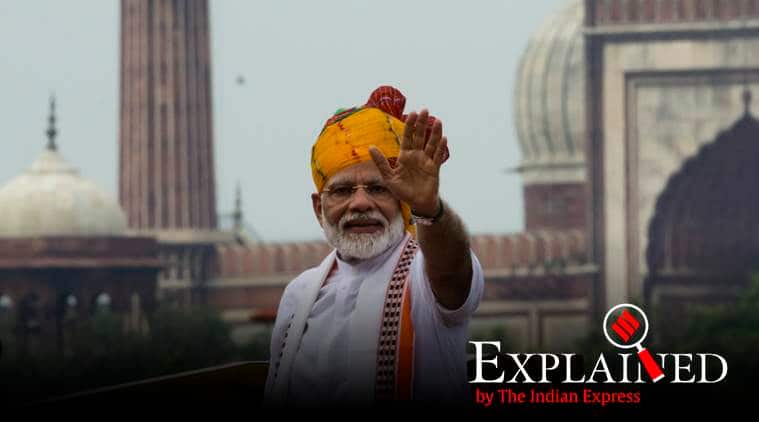 In his Independence Day address Thursday, Prime Minister Narendra Modi announced the creation of the post of Chief of Defence Staff to provide “effective leadership at the top level” to the three wings of the armed forces, and to help improve coordination among them.

What is the office of the Chief of Defence Staff (CDS)?

The CDS is a high military office that oversees and coordinates the working of the three Services, and offers seamless tri-service views and single-point advice to the Executive (in India’s case, to the Prime Minister) on long-term defence planning and management, including manpower, equipment and strategy, and above all, “jointsmanship” in operations.

Read this story in Bengali

In most democracies, the CDS is seen as being above inter-Service rivalries and the immediate operational preoccupations of the individual military chiefs. The role of the CDS becomes critical in times of conflict.

Most countries with advanced militaries have such a post, albeit with varying degrees of power and authority. The United States Chairman Joint Chiefs of Staff Committee (CJCSC), for example, is extremely powerful, with a legislated mandate and sharply delineated powers.

He is the most senior military officer and military adviser to the President, and his remit extends to the National Security Council, the Homeland Secuirty Council, and the Defence Secretary.

The Chiefs of the United States Army, Navy, Air Force, Marine Corps, and National Guard too, are members of the JCSC. All, including the CJCSC, are four-star officers, but by statute only the CJCSC is designated as the “principal military adviser”. However, the CJCSC is barred from exercising any operational authority over combat commanders in varied theatres; this authority rests exclusively wit the US President. 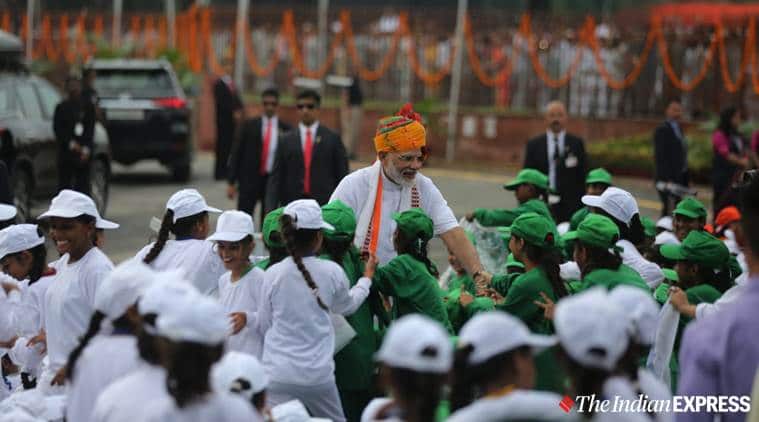 So, why had India not appointed a CDS until now?

India has had a feeble equivalent known as the Chairman, Chiefs of Staff Committee (CoSC); but this is a toothless office, given the manner in which it is structured. The seniormost among the three Service Chiefs is appointed to head the CoSC, an office that lapses with the incumbent’s retirement.

The current Chairman CoSC is Air Chief Marshal Birender Singh Dhanoa, who succeeded the former Chief of the Naval Staff Admiral Sunil Lanba on May 31. When ACM Dhanoa retires at the end of September 2019, he would have served as Chairman CoSC for a mere four months.

In 2015, then Defence Minister Manohar Parrikar had described the CoSC arrangement as “unsatisfactory”, and its Chairman as a “figurehead”. The post did not further tri-service integration, resulting in inefficiency and an expensive duplication of assets, he had said.

The CoSC system is a leftover from the colonial era, with only minor changes being carried out over the years. Apprehensions in the political class about a powerful military leader, along with inter-Services bickering, have long worked to disincentivise the upgrade of the post.

The first proposal for a CDS came from the 2000 Kargil Review Committee (KRC), which called for a reorganisation of the “entire gamut of national security management and apex decision-making and structure and interface between the Ministry of Defence and the Armed Forces Headquarters”. The Group of Ministers Task Force that studied the KRC Report and recommendations, proposed to the Cabinet Committee on Security that a CDS, who would be five-star officer, be created.

In preparation for the post, the government created the Integrated Defence Staff (IDS) in late 2002, which was to eventually serve as the CDS’s Secretariat. However, over the past 17 years, this has remained yet another nebulous department within the military establishment.

But what happened to the proposal?

No consensus emerged among the Services, with the IAF especially opposed to such a move. The Congress, then in opposition, was against the idea of concentrating too much military power in the CDS’s post. The Ministry of Defence (MoD) too, opposed it subtly for the same reasons, and because it could disrupt civil-military ties in the latter’s favour.

“A CDS with direct access to the Prime Minister and Defence Minister was the last thing that the MoD wanted,” said Lt Gen H S Panag (retd), who served as the GOC-in-C, Northern and Central Commands. According to Gen Panag, a major reason why the CDS idea could not be implemented was that the MoD bureaucracy was loath to relinquish its power over the three Services. Consequently, the MoD played one Service against the other.

“Besides,” Gen Panag said, “each Service has its own ethos, and the Chiefs feel that under a CDS, they will be rendered virtual nonentities.”

The smaller Air Force and Navy fear that the CDS would be from the Army, by far the largest Service. The IAF has long argued that unlike the United States and other western militaries, the Indian Services are not an expeditionary force, for which a CDS is a necessity. The appointment of a CDS would also lead to theatre commands, another aspect that the IAF opposes, fearing a diminution of its operational role.

In 2011, more than a decade after the KRC Report, the UPA government, led by the Congress, which had opposed the CDS proposal when in opposition, set up the Naresh Chandra Committee on defence and security. The 14-member Committee, comprising retired Service Chiefs and other defence experts, suggested a watered-down version of the CDS proposal, in which the Chairman CoSC in the rank of a four-star officer would have a fixed tenure of two years. He would have significantly more authority and powers than the Chairman CoSC, and would be a CDS in all but name.

What is the case for having a CDS?

Although the KRC did not directly recommend a CDS — that came from the GoM — it underlined the need for more coordination among the three Services, which was poor in the initial weeks of the Kargil conflict.

The KRC Report pointed out that India is the only major democracy where the Armed Forces Headquarters is outside the apex governmental structure. It observed that Service Chiefs devote most of their time to their operational roles, “often resulting in negative results”. Long-term defence planning suffers as day-to-day priorities dominate. Also, the Prime Minister and Defence Minister do not have the benefit of the views and expertise of military commanders, in order to ensure that higher level defence management decisions are more consensual and broadbased.

The CDS is also seen as being vital to the creation of “theatre commands”, integrating tri-service assets and personnel like in the US military. India has 17 Service commands at different locations and duplicating assets, Gen Panag said. In 2016, China integrated its military and other police and paramilitaries into five theatres from the earlier seven area commands, each with its own inclusive headquarters, one of which has responsibility for the Indian border. In contrast, India’s border with China is split between the Eastern, Western, and Northern Commands, Gen Panag said.

And what are the arguments against?

Theoretically, the appointment of a CDS is long overdue, but there appears to be no clear blueprint for the office to ensure its effectiveness. India’s political establishment is seen as being largely ignorant of, or at best indifferent towards, security matters, and hence incapable of ensuring that a CDS works.

Militaries by nature tend to resist transformation. In the US, the 1986 Goldwater-Nichols Act elevated the Chairman from first among equals to the “principal military advisor” to the President and the Secretary of Defence. In the Indian context, critics fear, the absence of foresight and understanding might end up making the CDS just another case of “jobs for the boys”.

Who at present advises India’s Prime Minister on military matters?

In effect it is the National Security Adviser. This has been especially so after the Defence Planning Committee was created in 2018, with NSA Ajit Doval as its chairman, and the foreign, defence, and expenditure secretaries, and the three Service Chiefs as members.