Ponniyin Selvan:1 puts focus on Cholas: what happened during their rule?

In all the buzz around the Tamil film Ponniyin Selvan:1 or PS1, directed by Mani Ratnam, a point of focus has been the Chola dynasty that the film is based on. 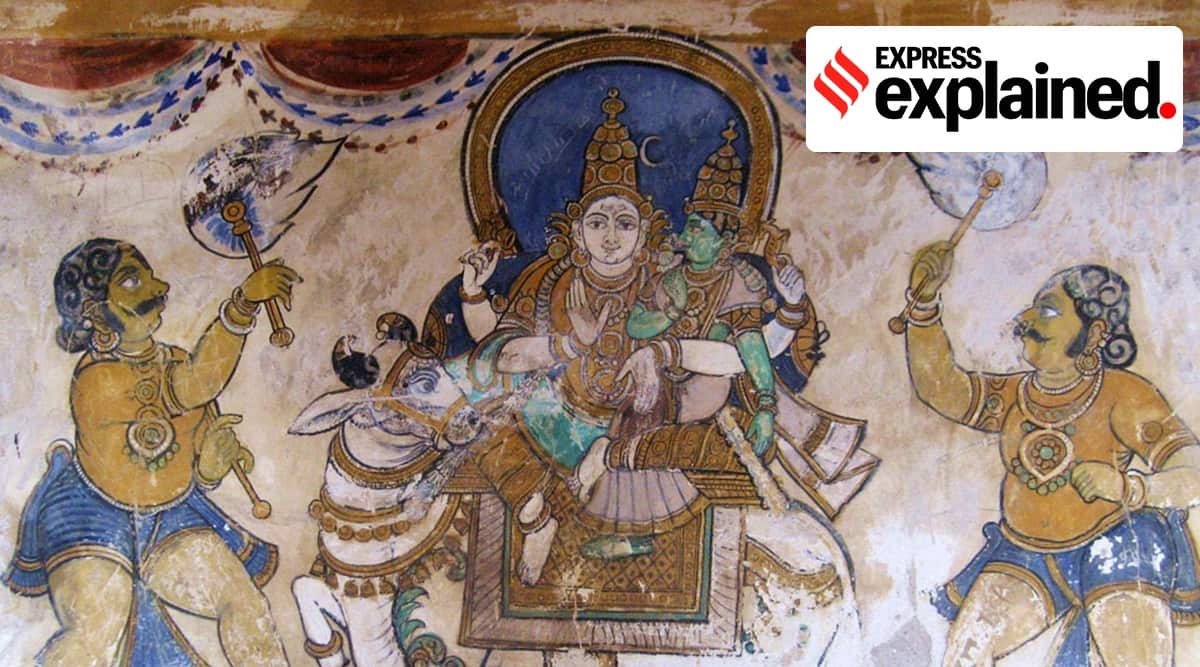 Example of the many frescos found in the pillared coloister that surrounds the courtyard of the Big Temple in Thanjavur, India. (Photo via Wikimedia Commons)

In all the buzz around the Tamil film Ponniyin Selvan:1 or PS1, a fictional period drama directed by filmmaker Mani Ratnam that has grossed around Rs 250 crore worldwide since its release on September 30, a point of focus has been the Chola dynasty that the film is based on.

In a recent press event for the film, actor Vikram spoke about the progressiveness of the Chola era, mentioning the architectural marvels and temples, the social setup of the time, and how cities were named after women.

With the film’s release, there is renewed curiosity around the 10th-century kingdom. In Tamil Nadu, which was the centre of the kingdom, the Cholas have been part of the popular imagination for a long time. This is partly thanks to the writer Kalki Krishnamurthi, whose columns on a fictional account of the Chola kingdom appeared in a weekly journal in the early 1950s and garnered popularity. These were later compiled into a novel called ‘Ponniyin Selvan’, which became the inspiration for the movie, whose second part is due for release in 2023.

However, keeping aside the storytelling liberties taken in almost all art forms based on history, there are several reasons why the Cholas themselves make for a fascinating subject.

The era of the Cholas

The Chola kingdom stretched across present-day Tamil Nadu, Kerala, and parts of Andhra Pradesh and Karnataka. During the period of the Cholas’ rise and fall (around 9th to 12th century AD), other powerful dynasties of the region would also come and go, such as the Rashtrakutas of the Deccan who defeated the Cholas, and the Chalukyas of the Andhra Pradesh region whom the Cholas frequently battled.

The dynasty was founded by the king Vijaylaya, described as a “feudatory” of the Pallavas by historian Satish Chandra in the book ‘The History of Medieval Era’. Despite being a relatively minor player in the region among giants, Vijaylaya laid the foundation for a dynasty that would rule a major part of southern India.

Society under the Cholas

One of the biggest achievements of the Chola dynasty was its naval power, allowing them to go as far as Malaysia and the Sumatra islands of Indonesia in their conquests. Chandra writes the domination was such that the Bay of Bengal was converted into a “Chola lake” for some time.

While the extent of this domination is disputed, the Cholas had strong ties with merchant groups and this allowed them to undertake impressive naval expeditions, historian Anirudh Kanisetti told The Indian Express. Maintaining a strong army and naval resources made sense for the Cholas, because, “The period from 9th to 10th century was a violent time, where kingdoms would go to war with each other frequently,” he added. Succession wars were natural, and this is a focus of PS1, which is set in the time after the Rashtrakutas defeated the Cholas. There was a “post-war period of churn, but this was accompanied with cultural sophistication as well,” said Kanisetti.

That sophistication is reflected in the meticulous records kept by the Cholas in form of inscriptions on the walls of temples built by them, and on copper plates, and though this was “not completely unique”, Kanisetti said, it is still an important resource. Satish Chandra mentions that this is also a reason why so much is known of the Cholas as compared with their contemporaries.

We additionally know the construction of grand trunk roads and public ferries, as mentioned in the book ‘Interpreting Medieval India’ by Vipul Singh. This, though, is disputed by some Tamil history experts, like Noboru Karashima and Y Subbarayalu. “In general, even merchant guilds, which had close ties to the court, had to hire their own guards because roads could be dangerous. It was more often local magnates and village councils that made these arrangements, and we shouldn’t give credit only to royal families for this,” said Kanisetti.

Advertisement
In Explained |Subject of Akshay Kumar’s new movie, why Ram Setu is the bridge across history, mythology and controversy

Another feature is how the practice of building grand temples, common to the dynasties of the region around this time, was “ramped up in an unprecedented way” by the Cholas, according to Kanisetti. The grand Brihadeeswara temple of Thanjavur, built by the Cholas, was the largest building in India in that period. Additionally, artworks and sculptures were commissioned by Chola kings and queens, including the famous bronze Nataraja idols. Earlier, the Rashtrakutas had built the Kailasanatha temple in Maharashtra’s Aurangabad — the largest monolith structure (carved from a single rock) of its time.

Seeing the Chola rule in context

Undoubtedly, the Cholas were instrumental in ushering in a new period in Indian history, but both their achievements and failings need to be noted to have a better picture of their rule.

For example, the role of women in the royal family is being brought to focus given their impact on public life, but that is not to suggest that ordinary women wielded equal power as men – a situation comparable to what we see even today, where power among women is concentrated in a few. Kanisetti noted that the royal women’s proximity to male power was valued, rather than women in general.

There have also been comparisons with other Medieval-era Indian dynasties such as the Mughals, with claims made that the Chola empire expanded in a more peaceful manner. “The idea that they [the Cholas] peacefully took over territories is untrue. If you look at some of the temple inscriptions, such as the Brihadeeswara’s, Rajaraja Chola clearly mentions he’s gifting to God the loot from his conquests,”  said Kanisetti. There are other accounts too, of what it took for such an empire to be established.

Vipul Singh writes that later on, when the Chola King Rajadhiraja came to power in 1044, he was able to “subdue” Pandyan and Kerala kings, and presumably to celebrate these victories performed the Ashvamedha sacrifice.

Chandra also writes, “The Chola rulers sacked and plundered Chalukyan cities including Kalyani and massacred the people, including Brahmans and children…They destroyed Anuradhapura, the ancient capital of the rulers of Sri Lanka”. He terms these as “blots” in Chola history.

According to Kanisetti, such violence was not unique to the Cholas with the political climate of this period. On the whole, it was remarkable how a once-minor polity was able to “completely change the political trajectory of southern India”, and rather than viewing them as absolute heroes or villains, it can help to see them in their particular political context, he said.

Angelina Jolie details Brad Pitt abuse allegations in court filing, which says he choked one of their children and struck another 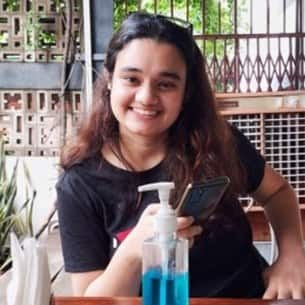 Rishika SinghRishika Singh is with the Explained Desk of The Indian Express. She en... read more