Three successive regimes in UP have focused extensively on building expressways, but these have also faced delays, political one-upmanship and public protests. As a result, policy and planning have evolved. 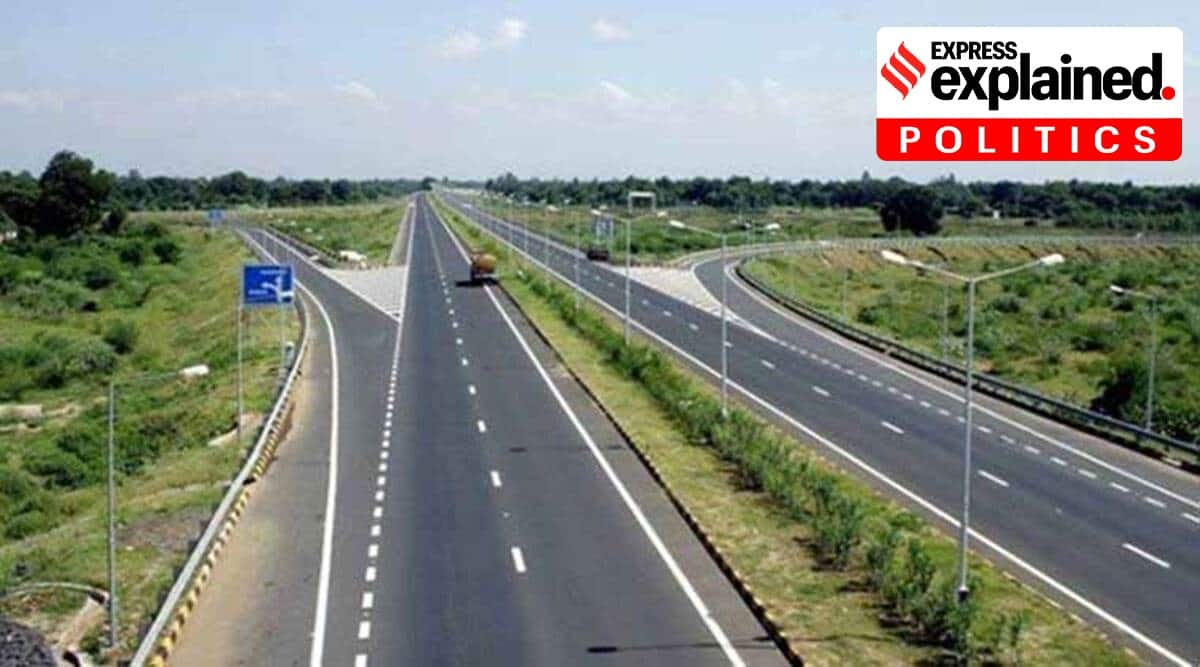 In Uttar Pradesh, expressway projects are so closely intertwined with politics that they have remained the headline achievement for three successive regimes.

UP’s expressway network today is 800 km long, the latest addition being the 341-km Purvanchal Expressway inaugurated by Prime Minister Narendra Modi last week. Crisscrossing the state from Greater Noida in the west to Ghazipur near the Bihar border in the east, the network has been built at a cost of Rs 50,000 crore over the last 15 years.

Another 900 km is in the pipeline — longer if we count proposed extensions.

An expressway is a highway project that is “access controlled” for high-speed traffic. Entry and exit points are designated, and a combination of underpasses, bridges, interchanges gives high speed but hurdle-free movement.

The first expressway, the Taj Expressway project (later renamed Yamuna Expressway), went through a series of regimes before it saw the light of day. Conceived in 2001 during the BJP regime under Rajnath Singh, it was planned and executed during 2007-12 BSP regime under Mayawati — who gave it the new name — and was finally inaugurated in 2012 by then CM Akhilesh Yadav of the Samajwadi Party.

This project saw more protests than any other, including a violent clash between protesting farmers and police in Bhatta Parsaul village of Gautam Buddh Nagar in 2011.

Following the experience of the Yamuna Expressway, Akhilesh Yadav rushed into the next two expressways. He inaugurated the Lucknow-Agra Expressway just before the 2017 Assembly polls, at a time when roadside amenities were yet to be developed; these were completed later. Then, he laid the foundtion stone the Samajwadi Purvanchal Expressway in a hurry although 90% of the land was yet to be acquired. Subsequently, the BJP government under Yogi Adityanath cancelled the previous bids and renamed the project Purvanchal Expressway, which his government completed and which Prime Minister Narendra Modi inaugurated last week.

The present government is racing against time to complete the Bundelkhand Expressway before the 2022 elections are notified. This will have been conceived and constructed entirely during the current regime.

Through different regimes, the state’s policies and planning have evolved as it learnt from every hurdle.

DIRECT LAND ACQUISITION: Having faced prolonged protests from farmers during construction of the Yamuna Expressway, which was given to the company Jaypee Infratech, the government changed its policy and now buys land directly from farmers. The agreement for each plot is made individually between the farmer and the district administration, and the amount is transferred to the farmer’s account, leaving no scope for a unified protest.

CONSTRUCTION IN PACKAGES: Because of their size, most of these projects were not feasible for private companies to undertake independently. The government has evolved a system of dividing these into six to eight packages, and issuing separate tenders for each.

The first three of the expressways described below are already in operation. All three are of 6 lanes, expandable to 8 lanes.

As described earlier, it was conceived by the BJP government in 2001, completed by the BSP government, and inaugurated by the SP government. During the acquisition process, farmers felt compensation was not enough compared to the expected profits of the executing company, Jaypee Infratech, which was offered land parcels along the expressway. The protests culminated in the Bhatta Parsaul clash. Using its evolved rehabilitation policy, the BSP government was able to start work and complete the project just around the 2012 elections.

Proposed in 2013, the project initially found no takers among private players, as there was no land parcel along the way that could have compensated for the cost of construction. In 2014, the government decided to develop the project with its own funds by dividing it into five packages of 60 km each. The contracts went separately to PNC Infratech, Afcons Infrastructure (two packages), Nagarjuna Construction Company, and Larsen & Toubro. The Samajwadi Party government claimed to have completed the project in a record 22 months.

The idea was initially conceived in 2016, and the foundation stone was laid by Akhilesh Yadav in December 2016. However, after the Yogi Adityanath-led government came to power in 2017, the earlier tenders were cancelled and fresh tenders were issued in eight different packages. The Samajwadi Purvanchal Expressway was renamed, with some changes in its alignment. A stretch of it has been developed for landing of fighter planes, and the present government also plans to developing Industrial hubs along the expressway.

The following projects are in the works.

The estimated Rs-14,000-crore project has a deadline of March 2022. This four-lane expressway is significant for several reasons. It would connect the underdeveloped Bundelkhand region to the National Capital Region. A Defence Corridor has also been aligned along this project. The government is racing against time to complete it before the polls.

A similar project had once been conceived by then CM Mayawati but as its alignment was planned along the Ganga riverbanks, the project was stuck for environmental clearances and could not proceed. Current CM Yogi Adityanath has announced a fresh Ganga Expressway, and land acquisition has already started.

On Saturday, the State Level Environment Impact Authority issued environmental clearance to the proposed alignment. The estimated cost of the project is around Rs 36,230 crore.

Being built at Rs 5,876 crore, it will connect Gorakhpur and the adjoining Tarai region with the recently inaugurated Purvanchal Expressway, linking the region with the state capital and the national capital through the expressway network. It is being built in two packages — Gorakhpur to Ambedkarnagar, and from there to Azamgarh, The government claims that over 35% of the work is complete.

While governments have experimented with reserving a portion for landing of fighter planes, its new focus is on developing Industrial towns along these expressways. “From next month onwards, work will start on development of Industrial Hubs along Purvanchal Expressway as well,” Awasthi said.

The government is in the process of identifying industrial hubs and issuing notifications.