Amended Wild Life Bill leaves scope for the transfer of captive elephants and retains the Centre’s powers to declare species as ‘vermin’. How could live elephant trade, human-wildlife conflict be impacted? 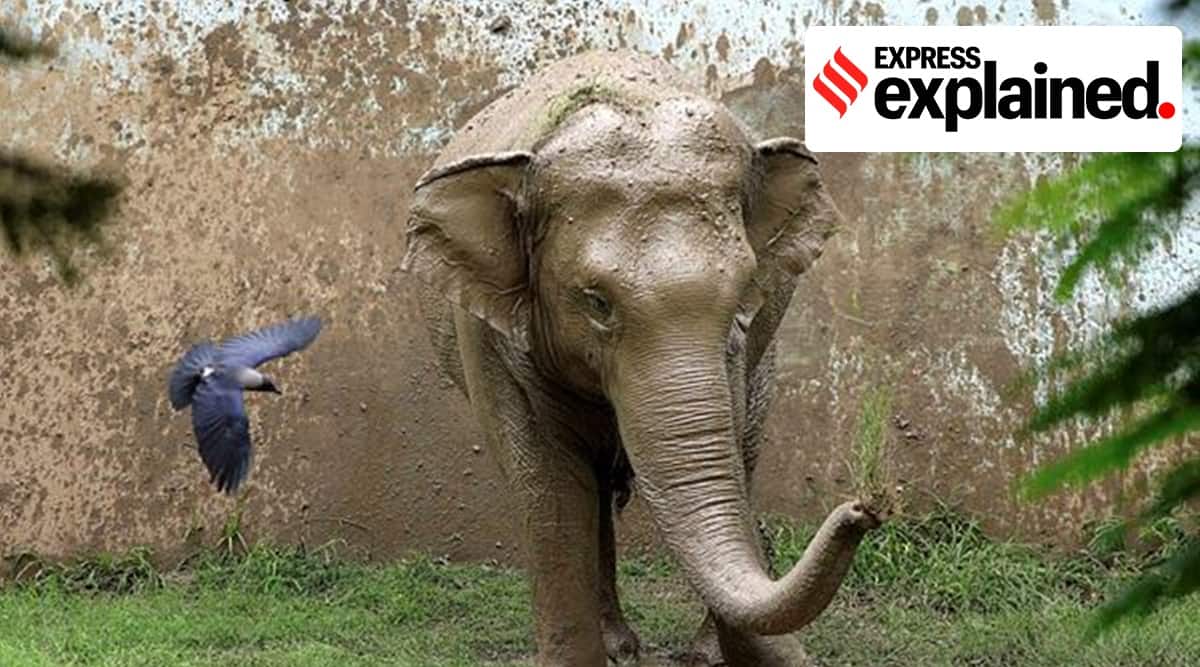 The elephant is simultaneously an endangered wildlife species and a prized domestic animal.

The Wild Life (Protection) Amendment Bill 2022, which was passed by Rajya Sabha on Thursday, has invited scrutiny on two major issues: the exemption made to allow the transfer of captive elephants, and the sweeping powers given to the Centre to declare species as vermin. Lok Sabha cleared the Bill in August.

The legal dilemma over the elephant’s status — simultaneously an endangered wildlife species and a prized domestic animal — has persisted for long.

In 1897, the Elephants’ Preservation Act prohibited the killing or capture of wild elephants unless in self-defence or to protect property and crops, or under a licence issued by the district collector.

In 1927, the Indian Forest Act listed the elephant as ‘cattle’, prescribing the highest fine of Rs 10 for every impounded jumbo — in comparison, a cow attracted a fine of Re 1, and a camel of Rs 2.

The Wildlife (Protection) Act (WLPA), 1972, identified the elephant, along with the bullock, camel, donkey, horse, and mule, as a “vehicle”. Given the highest legal protection in 1977, the elephant is the only animal in WLPA’s Schedule-I that can still be owned legally — by means of inheritance or gift.

Turning the clock back

In 2003, Section 3 of the WLPA prohibited trade in all captive wildlife and any (non-commercial) transfer across state boundaries without permission from the concerned chief wildlife warden.

The WLPA (Amendment) Bill 2021 proposed an exception to Section 43: “This section shall not apply to the transfer or transport of any live elephant by a person having a certificate of ownership, where such person has obtained prior permission from the State Government on fulfillment of such conditions as may be prescribed by the Central Government.”

Along with conservation and animal welfare groups, the Parliamentary Standing Committee headed by Congress leader Jairam Ramesh objected to the blanket exemption, and recommended that it should be limited to temple elephants kept for religious purposes.

Under pressure, the government modified the exemption but worded the amended clause vaguely to allow the “transfer or transport of a captive elephant for a religious or any other purpose by a person having a valid certificate of ownership…subject to such terms and conditions as may be prescribed by the Central Government”. (emphasis added)

Critics point out that the prohibition on commercial transfer only drove the live elephant trade underground as traders switched to dressing up commercial deals as gift deeds to bypass the 2003 amendment. The sweeping ambit of “any other purpose” in the present amendment, they say, will empower elephant traders, put wild populations at greater risk of capture, and defeat the very purpose of WLPA.

A counter view is that the 2003 amendment did not benefit captive elephants who suffer when their owners fail to bear the expenses of their upkeep, particularly in the post-Covid scenario, and allowing such owners to transfer their elephants legally to those willing to and capable of looking after the animals is a welcome step.

The damage due to crop depredation by wild animals has never been computed. But for lakhs of farmers around the many protected forests, it is the biggest challenge to livelihood, not to mention the occasional threat to life.

Since 1972, the WLPA has identified a few species — fruit bats, common crows and rats — as vermin or nuisance animals that spread diseases or destroy crops and are not protected under the Act. Killing animals outside this list was allowed under two circumstances:

* Under Section 62 of WLPA, given sufficient reasons, any species other than those accorded the highest legal protection (such as tiger and elephant but not wild boar or nilgai) can be declared vermin at a certain place for a certain time.

* Under Section 11 of WLPA, the chief wildlife warden can allow the killing of an animal irrespective of its status in the Schedules, if it becomes “dangerous to human life”.

The state governments took the decisions under Section 62 until 1991 when an amendment handed these powers to the Centre. The purpose was apparently to restrict the possibility of eliminating a large number of animals at a species level as vermin. Under Section 11, states could issue culling permits only locally and for a few animals.

In recent years, however, the Centre has started using its powers under Section 62 to issue sweeping orders declaring species as vermin at even state levels, often without any credible scientific assessment.

For example, nilgais were declared as vermin across 20 districts in Bihar for a year in 2015. The Centre cited “large-scale destruction of agriculture” as the ground for declaring monkeys (Rhesus macaque) vermin in Shimla municipality in 2019.

The issue has since entered the realm of Centre-state politics. Since last year, Kerala’s requests for declaring wild boars as vermin have been turned down repeatedly by the Environment Ministry.

That is why the House was divided on the issue, with members from Kerala highlighting the growing number of wild boar attacks in the state, and others seeking a more tempered approach in declaring a species as vermin.

To cull or not

Wildlife targets crops either because there is insufficient food inside forests or because fields offer more nutrient alternatives like sugarcane or maize.

In the first scenario, stopping their access to non-forest food by electric fences, etc. may make them starve and bring down the population over time. Besides, used locally, contraptions such as electric fencing divert animals to the next village and merely shift conflict. Used extensively, it turns forests into fenced-in zoos without enough food.

In the second scenario, measures such as creating buffer zones so that crops do not stand at the edge of the forest, or promoting non-edible crops, may discourage but not eliminate conflict. Effective compensation schemes work where the damage is reasonable. Elsewhere, the only option is to reduce the number of habitual crop raiders.

The absence of a legal option has not stopped farmers from secretly hunting ‘problem’ animals. Such unregulated culling encourages a practice that often extends to poaching of non-pest, rare and endangered species.

Sweeping orders that allow large-scale culling at the species level also promote the same trigger-happy culture. There is no alternative to a site-specific, time-bound approach based on scientific evaluation.

Celine Dion opens up about suffering from a rare neurological disorder: ‘It is not allowing me to use my vocal cords…’