Explained Ideas: What is the Pakistan Democratic Movement, and what is it trying to achieve? In his latest opinion piece, Shyam Saran, a former foreign secretary and a senior fellow at the Centre for Policy Research, states it is strange that the momentous political developments currently unfolding in Pakistan have barely registered here in India. He is referring to the Pakistan Democratic Movement.

The PDM was formed in September by the leader of the Jamiat Ulema-e-Islam, Fazal-ur-Rehman, but constituted by 11 political parties, representing virtually the country’s entire political spectrum in Pakistan. It has brought together the two mainstream but rival political parties, the Pakistan People’s Party (PPP) led by Bilawal Bhutto and the Pakistan Muslim League (PML) led by the exiled Nawaz Sharif, but currently headed by his daughter Maryam.

More significantly, the PDM has also given a national platform to regional parties and provincial leaders from Balochistan and Khyber Pakhtunkhwa, who have been targeted by the Pakistani military for demanding regional autonomy and an end to repression. “This is the first time that the Punjabi heartland was listening to voices from the periphery and connecting with its hitherto marginalised people,” writes Saran. 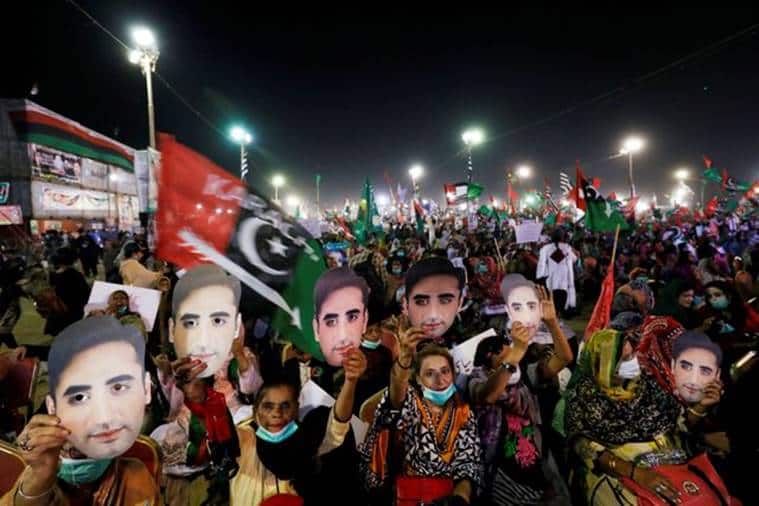 This is an important development in itself. The PDM has so far held three massive political rallies, in Pakistani Panjab’s Gujranwala on October 18, in Karachi two days later, and in Quetta on October 25. “A certain political momentum has been generated and is gathering strength and this could trigger significant changes in the nature of the Pakistani state and how it engages with the outside world, including India,” writes Saran.

The political inclusivity that the PDM represents is both its strength and its weakness. It has politically isolated Prime Minister Imran Khan and, therefore, undermined the credibility of his powerful military backers. That he has managed to inspire such disparate parties to come together on the same platform to oppose him, speaks to his incompetence.

Also read | Explained Ideas: China is the main reason why US Presidential elections matter for India

“But in demanding his ouster, the PDM’s real target is the powerful military,” explains Saran.

In his speech broadcast from London, Nawaz Sharif explicitly accused the Army Chief Qamar Javed Bajwa and the ISI chief Faiz Hameed as responsible for rigging the last elections and installing Imran Khan as prime minister. “This is a frontal attack on the army and, if allowed to snowball, it has the potential of eroding its overpowering influence in the country’s politics,” states Saran.

Boris Johnson hit by lockdown revolt from more than 50 Tories