Pick an idiom and fly with it: Do you know the birdy origins of these popular phrases?

Have you ever felt like you have an albatross round your neck you can't get rid of? Do you want to rise like a phoenix from your ashes? We may not be able to help with that, but we can help you learn the meaning and origin of these phrases. Birds have lent their wings to many phrases and idioms. (Photos: Wikimedia Commons)
Listen to this article
Pick an idiom and fly with it: Do you know the birdy origins of these popular phrases?
x
00:00
1x 1.5x 1.8x

The beginning of autumn is the time when winged wonders from colder climes start arriving in India, some passage migrants on way to Africa and others to find a temporary abode till the end of spring and the onset of summer. They come in myriad hues. Spotted flycatcher, Rufous-tailed scrub robin, Amur falcon, flamingo, Arctic warbler, Siberian crane, Asian dowitcher, Demoiselle crane are just a few of them.

Also check out this Wordly Wise |How green is your vocabulary?

News reports about the arrival of these seasonal guests at bird sanctuaries across the country was the provocation last week for looking at a few commonly used English words which have avian roots. In this edition, let’s look at a few bird idioms and the stories behind them.

A swan song is used as metaphor for a farewell performance by a singer, composer, actor, player or the like before they retire from their craft, or die. It owes its genesis to a folklore according to which swans sing most beautifully with lament when they realise their death is near. Though not true in real life, its use in this sense started after Aeschylus, the Father of Greek tragedy, used the expression in his 458 BC play Agamemnon to describe Cassandra’s death as “that is why he lies there like this, and she does too, his lover, after singing her last death-laden lament like a swan…”

The match on October 1, 1977 between Cosmos and Santos FC was Pele’s swan song, which saw the legend score his 1,283rd and the final goal of his career.

An albatross around one’s neck refers to something that is an annoying burden and also a reminder of a misdeed. Its etymology is traced to Samuel Taylor Coleridge’s poem The Rime of the Ancient Mariner, in which a sailor kills an albatross. In seafaring lore, albatrosses are large birds which bring good omen. The killing of the bird brought bad luck upon his ship and so the crew hung the dead bird around the neck of the sailor as a punishment.
He jumped into the apparel business without much thought. Now his debts have become an albatross around his neck.

Herodotus, often referred to as the ‘Father of History’, brought many a story from his travel to Egypt around 450 BC. One of them is about an immortal bird called a phoenix, which appeared only once in 500 years. After being consumed by fire, it rose again from the ashes with renewed vigour. In course of time, the story was adopted by the Greeks and the Romans and later by the Arabs before the idiom to rise phoenix-like entered the English language.
Demolished in the 12th century by Bakhtiyar Khalji, Nalanda has risen from the ashes phoenix-like as a modern centre of learning under the new dispensation.

While the phoenix has remained immortal all these centuries, the dodo, a flightless bird, is dead for good. A native to Mauritius, dodos were caught by sailors, who kept them for fresh meat, and eaten into extinction in the 17th century. Their extinction is also attributed to the bringing of domestic animals first by Portuguese and then by the Dutch to the island nation. The Portuguese called them doudo, meaning stupid. In Lewis Carrol’s Alice’s Adventures in Wonderland, there is a character called Dodo and the popularity of the book led to the widespread use of the phrase dead as a dodo, meaning something that is extinct or not in use.

Trousers with bell-bottom are dead as a dodo. They hardly find a place in a young man’s wardrobe now.

The peacock has been associated with an overriding sense of pride, vanity and an ostentatious behaviour. Geoffrey Chaucer’s The Canterbury Tales has a story titled Reeve’s Tale in which a line reads: “As any peacock he was proud”. From the 14th century, the idiom, proud as a peacock, has been used in English to refer to a person with vanity, who has a tendency to show off.

Arun has been as proud as a peacock ever since he received a new motorbike as a birthday gift from his parents.

Wordly Wise is weekly column by Amitabh Ranjan published every Saturday in the Explained section. Please tweet your feedback to @ieexplained 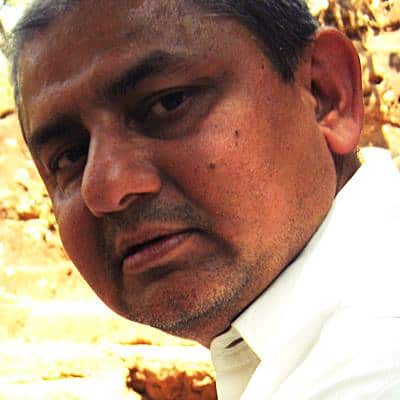