Explained: Will the vaccines stop Omicron? Scientists are racing to find out

The early findings are a mixed picture. The variant may be more transmissible and better able to evade the body’s immune responses, both to vaccination and to natural infection, than prior versions of the virus, experts said. 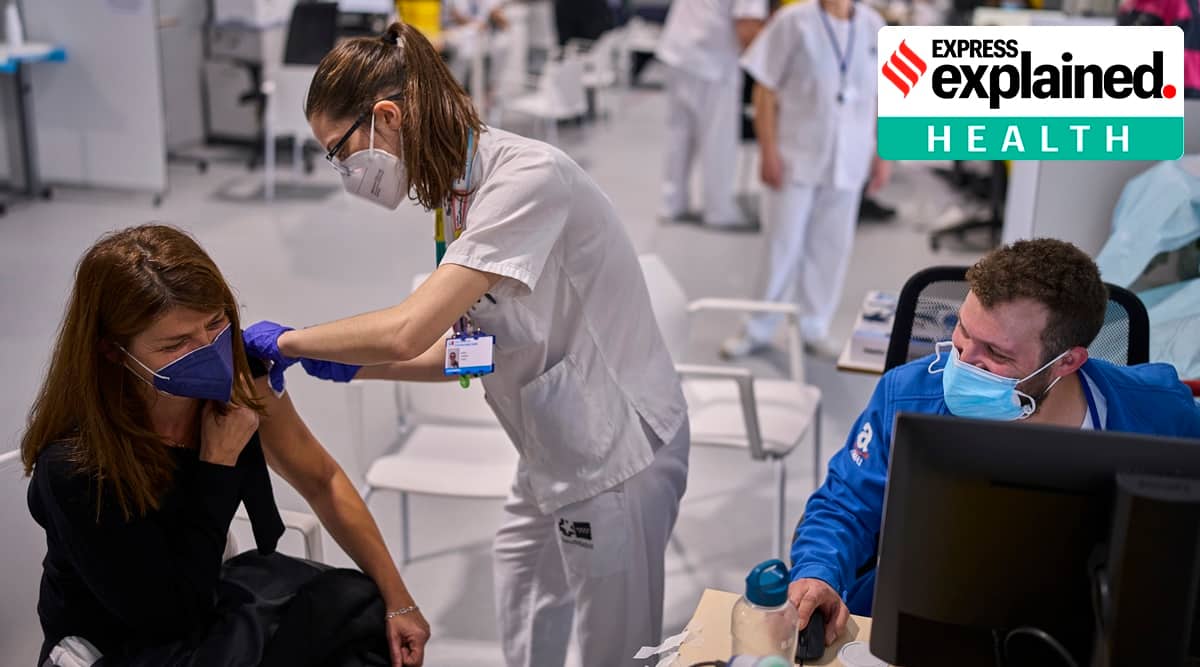 A woman receives the Moderna vaccine during a COVID-19 vaccination at the Isabel Zendal Hospital in Madrid, Spain, Monday, Nov. 29, 2021. (AP)

As nations severed air links from southern Africa amid fears of another global surge of the coronavirus, scientists scrambled Sunday to gather data on the new omicron variant, its capabilities and — perhaps most important — how effectively the current vaccines will protect against it.

The early findings are a mixed picture. The variant may be more transmissible and better able to evade the body’s immune responses, both to vaccination and to natural infection, than prior versions of the virus, experts said.

The vaccines may well continue to ward off severe illness and death, although booster doses may be needed to protect most people. Still, the makers of the two most effective vaccines, Pfizer-BioNTech and Moderna, are preparing to reformulate their shots if necessary.

Even as scientists began vigorous scrutiny of the new variant, countries around the world curtailed travel to and from nations in southern Africa, where omicron was first identified. Despite the restrictions, the virus has been found in a half-dozen European countries, including the United Kingdom, as well as Australia, Israel and Hong Kong.

Already, omicron accounts for most of the 2,300 new daily cases in the province of Gauteng, South Africa, President Cyril Ramaphosa announced Sunday. Nationally, new infections have more than tripled in the past week, and test positivity has increased to 9% from 2%.

Scientists have reacted more quickly to omicron than to any other variant. In just 36 hours from the first signs of trouble in South Africa on Tuesday, researchers analyzed samples from 100 infected patients, collated the data and alerted the world, said Tulio de Oliveira, a geneticist at the Nelson R. Mandela School of Medicine in Durban.

Within an hour of the first alarm, scientists in South Africa also rushed to test coronavirus vaccines against the new variant. Now, dozens of teams worldwide — including researchers at Pfizer-BioNTech and Moderna — have joined the chase.

They won’t know the results for two weeks, at the earliest. But the mutations that omicron carries suggest that the vaccines most likely will be less effective, to some unknown degree, than they were against any previous variant.

South African doctors are seeing an increase in reinfections in people who already had a bout of COVID-19, suggesting that the variant can overcome natural immunity, said Dr. Richard Lessells, an infectious diseases physician at the University of KwaZulu-Natal.

It was never about numbers but about creativity: Abhay Deol on his career choices