NEET Result 2021: A look at the top 20 candidates show that three each come from Uttar Pradesh and Maharashtra, two each from Telangana, Andhra Pradesh, Karnataka and Delhi, and one each from Kerala, West Bengal, Bihar, Haryana, Punjab and Gujarat. 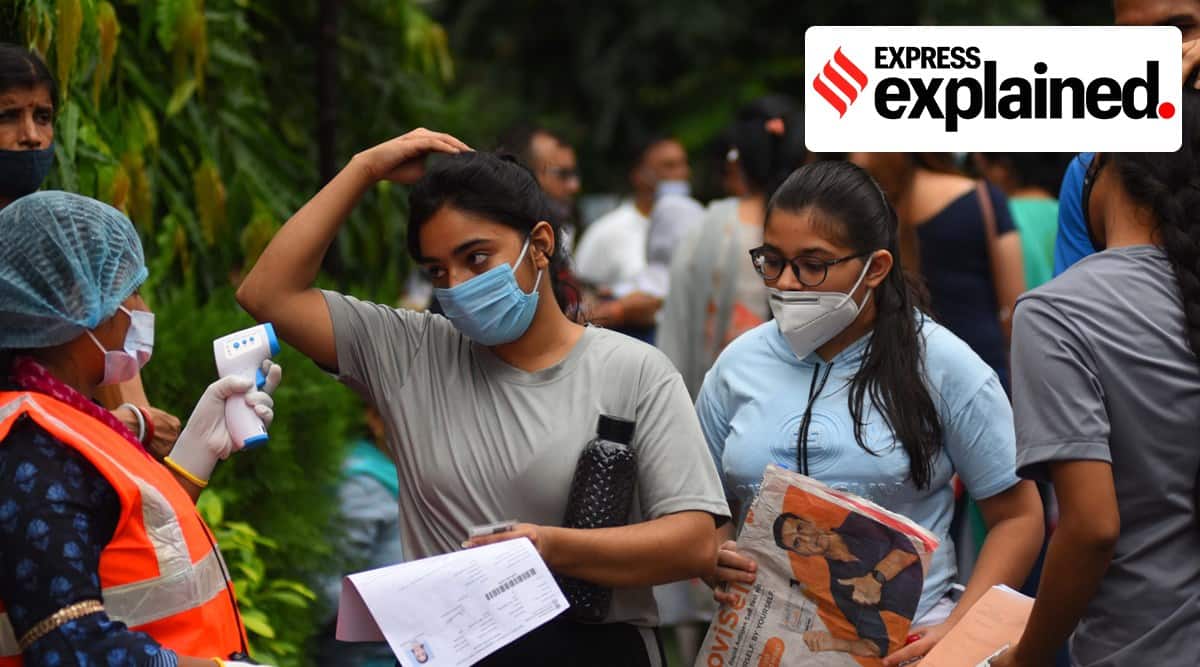 The results were delayed due to a stay by the Bombay High Court based on a petition by two students for a retest. The Supreme Court, however, lifted the stay on October 28, ending the long wait of over 16 lakh aspirants who took the exam on September 12.

Read |NEET topper: 'Did not compromise on hobbies while preparing'

NEET replaced the All India Pre-Medical Test (AIPMT) and other entrances that were previously conducted at the centre and state levels, including the qualifying test that used to be held separately by the country’s most prestigious medical institution AIIMS (All India Institute of Medical Sciences).

How many candidates have qualified NEET-UG this year?

What does the gender-wise and caste-wise break up show?

Keeping with the past trend, more women candidates qualified NEET as against men. Of the total qualified candidates, women account for 56.8 per cent, up from last year’s 55.46 per cent. The share of women among successful candidates was 57.11 per cent in 2019. Among the top 20 candidates there are two women – Karthika G Nair and Vaishnavi Sarda from Maharashtra. Category-wise break-ups of the qualifying candidates show that 13.12 per cent are SCs, 45.6 per cent OBCs and 4.61 per cent STs, as against last year’s 12.8 per cent, 46.59 per cent and 4.38 per cent respectively.

Are there any state-wise variations?

The NTA has not yet released the detailed state-wise break ups. However, a look at the top 20 candidates show that three each come from Uttar Pradesh and Maharashtra, two each from Telangana, Andhra Pradesh, Karnataka and Delhi, and one each from Kerala, West Bengal, Bihar, Haryana, Punjab and Gujarat. The exam was held in 13 languages across 3,858 centres, including in foreign centres Kuwait and Dubai for the first time. As many as 883 foreign candidates qualified, as against last year’s 878 and 687 in 2019.

What about the qualifying cut offs?

Three candidates who share the top rank — Mrinal Kutteri (Telangana), Tanmay Gupta (Delhi) and Karthika G Nair (Maharashtra) — scored perfect 720 each. The overall qualifying marks, however, showed a dip this year, compared to 2020. Cut-off scores in general category is 138 this year, compared to 147 in 2020. In ST, SC and OBC categories, the cut-off is 108, as against last year’s 113.The cut offs for general/EWS PwD has been fixed at 122 against 129 in 2020.

The National Testing Agency, which comes under the Ministry of Education, clarified that its mandate is limited to conduct the examination and declare the results. The Directorate General of Health Services will now conduct the counselling for 15 per cent

all India quota seats, deemed Universities, central Universities, and seats of BHU and AMU among others. The details and schedule of counselling would be available on the websites of the Ministry of Health and Family Welfare and Medical Education Directorates of States.

In the case of state quota seats, and other seats falling under the ambit of states, candidates will have to apply to their domicile states and merit list as per state rules. The counselling for private medical colleges will also be conducted by the concerned state counselling authorities.

Reliance JioPhone Next hands-on: The phone for first-time smartphone users