Naga talks: What has caused the stalemate so far, and what impact can killings have?

The killing of civilians in Mon district has cast a shadow on the already struggling peace talks between the Centre and NSCN(I-M). What has caused the stalemate so far, and what impact can the killings have? 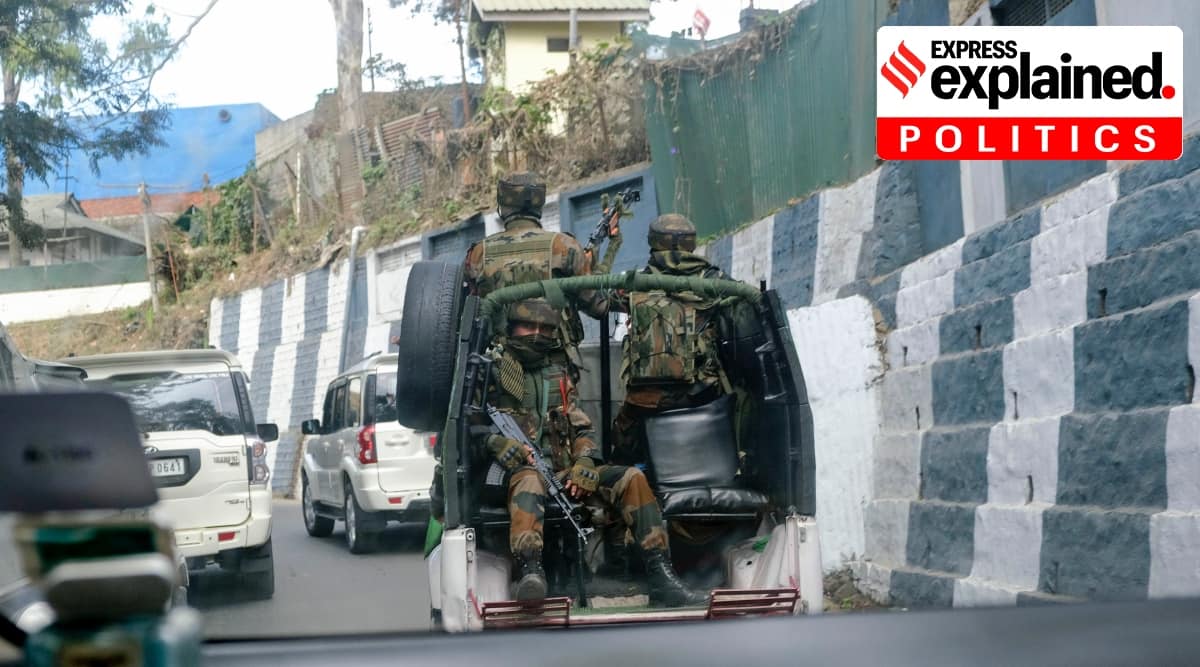 The killing of over a dozen civilians in a botched Indian Army operation in Mon district of Nagaland on Saturday is likely to have an impact on an already tottering Naga peace process. The key Naga group negotiating with the Centre, NSCN(I-M), has declared it a “black day” for all Nagas and termed the incident “unprecedented in recent history”, while the Naga National Political Group (NNPG) has blamed the continued implementation of the Armed Forces Special Powers Act (AFSPA), 1958 for such incidents.

Also in Explained |What’s at stake for Nagaland political parties

What is the status of the Naga talks?

While a significant number of Naga groups say the talks have concluded and only finer details are being worked out, the NSCN(I-M) has said an accord cannot happen until the Centre accepts Naga people’s demand for a separate constitution and flag. The Centre has said it is in no position to grant these. The NSCN(I-M) has rejected all alternatives— such as cultural flag instead of a national flag and dealing with issues of a constitution after signing the agreement —suggested by the Centre’s points-person, former Intelligence Bureau Special Director Akshay Mishra.

A month ago, the NSCN(I-M) said in a statement: “Ironically, the Government of India is still pretentiously acting stubborn as the crucial rounds of talks that focused on the Naga flag and the Constitution is driven to hang in balance. The stalemate created is unfortunate.”

Now the Centre, which had in 2015 announced that the talks had concluded with the signing of a Framework Agreement (FA), sources say, is uncertain when a final deal can be achieved.

How will the killings impact the talks?

Given the public anger against the killings, sources said it has the potential to revive the narrative of India versus the Naga people. “People in these parts quote operations of the 1950s and ’60s to articulate perceived atrocities by the Indian state. So, imagine what a fresh incident can do,” a senior Nagaland official said.

Sources said the killings could be exploited by certain insurgent groups to recruit and even strengthen the hands of the NSCN(I-M), which will likely push for its demands with greater vigour given that the government is on the back foot. Even groups seen being in favour of signing the deal quickly will have to reflect the public anger to remain relevant, sources said.

The NNPG, which comprises seven insurgent groups that have so far supported the peace talks process, rescinding many of its earlier demands such as separate flag, said in a statement that the actions of the military have “belittled the commitments made by the Indian Prime Minister and Home Minister”. It said, “The draconian laws in Nagaland and military atrocities over many decades have made Naga people very aware that they are not and will never be Indians.”

Why is there a stalemate despite the FA?

Sources say the FA itself is turning out to be the biggest roadblock before a final deal. Government officials say the wordings are so vague that both sides have interpreted them according to their own convenience.

The NSCN(I-M) has argued that the FA is clear that India and Nagaland would share “sovereign power” and coexist as “two entities”. This, it has argued, is affirmation that India accepts the desire of Naga people for sovereignty and staying within India as a separate entity. It has said this simply means India had agreed to a separate flag and constitution for Nagaland. The Centre has said there is no question of granting sovereignty to a state within India and so both the flag and the constitution are out of the question.

The coffins of people killed are laid out in a row during a public funeral in Mon, Monday, Dec. 6, 2021. (AP Photo/Fifi Konyak)

What does the FA say?

About the dialogues held since the 1997 ceasefire agreement between the Centre and the NSCN(I-M), it says, “The GoI-NSCN dialogue led to a better mutual understanding. While the GoI, in expression of the understanding recognised the unique history and position of the Nagas, the NSCN understood and appreciated the intricacies of the Indian system…

“Both sides… are cognizant of the universal principle that in a democracy sovereignty lies with the people. Accordingly, the government of India and the NSCN, respecting people’s wishes for sharing sovereign power as defined in the competencies, reached an agreement on the 3rd August, 2015 as an honourable solution. …It will provide for an enduring inclusive new relationship of peaceful co-existence of the two entities.”

What is the problem with the FA?

Sources said the FA did not clearly spell out how much political space the Centre was willing to cede or not cede for Naga self-determination. They said phrases such as “unique history and position”, “sovereignty lies with the people”, “sharing sovereign power”, and “peaceful coexistence of the two entities” were open to interpretation by both sides.

The NSCN(I-M) has argued that references to sharing sovereignty and coexistence as two entities simply mean that Nagaland would remain a sovereign within India with its own constitution and flag. While the Centre has never articulated its interpretation, former Naga talks interlocutor said last year that NSCN(I-M)’s interpretation was “preposterous lies” and that the Centre has “never ever talked, much less negotiated” on territorial integrity and sovereignty of the country with anyone.

NSCN(I-M) last year accused Ravi of “craftily” tweaking the FA by removing the word “new” from “enduring inclusive new relationship”. It made the FA public.

“The FA is so poorly drafted that it leaves the Centre with very little space to spell out what it can’t give. It reads like an agreement between two hostile nations where they keep the wordings so vague that no promise made or understanding reached appears final. Had there been no FA, probably, we would have had a deal by now,” a senior government official said.

Sources said the signing of the FA also established NSCN(I-M) as the main group negotiating with the government in letter, leaving other Naga groups — which Ravi tried to engage with later — lower in the hierarchy.

Why was such an FA drafted?

Government sources say the wording, however poor, was informed by the politics of 2015. “Flag and constitution were not such touchy issues as a state with precisely these rights (Jammu & Kashmir) existed then. It may be argued though that those drafting it should have pondered over the ruling party’s ideological position on Kashmir even then and advised the political top brass accordingly. Now, after the decisions of August 5, 2019 on Jammu and Kashmir, these issues have become non-negotiable,” another government official said.

Sources said, in fact, oral assurances of Naga flag and “unique space” in the Indian Constitution had been made to the NSCN(I-M) during negotiations before August 5, 2019.

What is the road ahead?

The Centre would have to assuage public anger arising out of the Saturday’s killings through an impartial and quick probe, followed by action on those responsible.

Home Minister Amit Shah on Monday announced in Parliament that a Special Investigation Team has been instituted by the state government.

Only after the government can convince people that it means well, despite the killings, can the Centre can resume discussions, sources said. “The pitch has been queered. Now the only solution is for the government to clearly declare what it cannot give and then ask NSCN(I-M) to negotiate on other issues,” a senior official from Nagaland said.