Explained: India has dismissed as ‘fake’ a report about China’s use of ‘microwave weapons’. What are these?

India and China have been locked in a tense standoff at the Line of Actual Control (LAC) in Ladakh for the last six months. 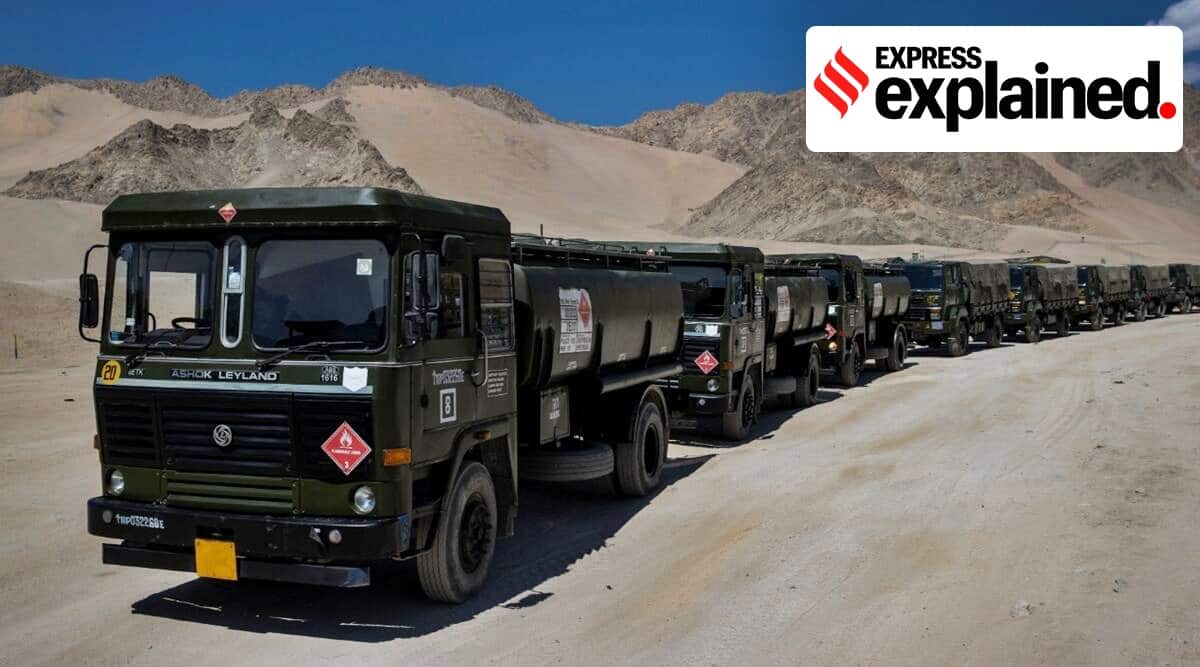 Twenty Indian soldiers and an unknown number of Chinese were killed in a fierce clash between the two armies in Galwan Valley on June 15.

The Indian Army has rejected as “baseless and fake” a report in the British daily newspaper ‘The Times’, which had quoted a Chinese professor to claim that the Chinese army had used “microwave weapons” to drive Indian soldiers away from their positions in eastern Ladakh.

“Media articles on employment of microwave weapons in Eastern Ladakh are baseless. The news is FAKE,” the Indian Army said in a tweet.

India and China have been locked in a tense standoff at the Line of Actual Control (LAC) in Ladakh for the last six months. Twenty Indian soldiers and an unknown number of Chinese were killed in a fierce clash between the two armies in Galwan Valley on June 15. But what are “microwave weapons”?

What did the report in ‘The Times’ of London say on China’s purported use of ‘microwave weapons’?

The Beijing-datelined report in ‘The Times’, titled “China turns Ladakh battleground with India into a microwave oven”, which was published on November 17 on the newspaper’s website, quoted Jin Canrong, a professor of international relations at Beijing’s Renmin University.

Media articles on employment of microwave weapons in Eastern Ladakh are baseless. The news is FAKE. pic.twitter.com/Lf5AGuiCW0

Jin claimed that China had used a “microwave weapon” in late August to retake land that had been occupied by the Indian Army on the southern bank of the Pangong Tso lake in Ladakh. The same report appeared in ‘The Australian’ daily in Australia under the headline “China’s microwave pulse weapon defeats Indian troops at Himalayan border”. Both The Times and The Australian are owned by Rupert Murdoch’s News Corp. 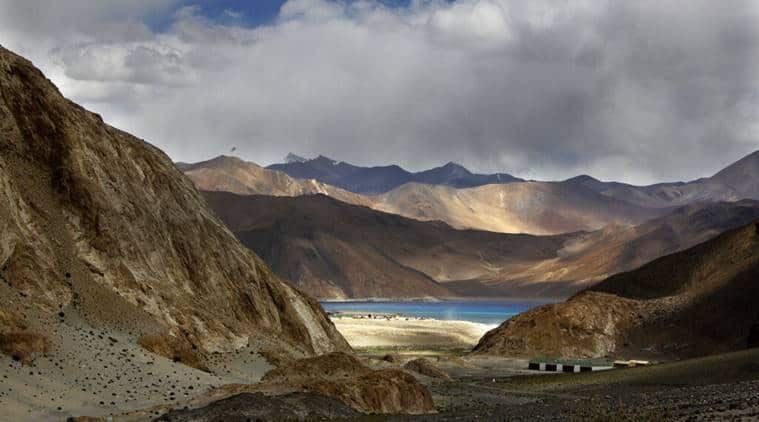 On August 29, Indian soldiers had taken the dominating heights on the south bank of Pangong Tso, and in the larger Chushul sub-sector. These positions allow the Indian Army to dominate the region because they overlook the Spanggur Gap and the Chinese garrison at Moldo.

The Chinese professor quoted in the report claimed that Chinese forces had turned two strategic hilltops occupied by Indian soldiers “into a microwave oven”, forcing them to retreat, and allowing the positions to be retaken without an exchange of conventional fire.

“Within 15 minutes of the weapons being deployed, those occupying the hilltops all began to vomit. They couldn’t stand up, so they fled. This was how we retook the ground,” the professor reportedly told his students during a lecture. According to the report, Jin said, “We didn’t publicise it because we solved the problem beautifully. They (India) didn’t publicise it either because they lost so miserably.”📣 Express Explained is now on Telegram

What are ‘microwave weapons’?

“Microwave weapons” are supposed to be a type of direct energy weapons, which aim highly focused energy in the form of sonic, laser, or microwaves, at a target.

The report quoted Jin as claiming the “microwave weapons” that were allegedly deployed by China in Ladakh used “beams of high-frequency electromagnetic radiation to heat the water in a human target’s skin, causing pain and discomfort”.

In a microwave oven, an electron tube called a magnetron produces electromagnetic waves (microwaves) that bounce around the metal interior of the appliance, and are absorbed by the food. The microwaves agitate the water molecules in the food, and their vibration produces heat that cooks the food. Foods with a high water content cook faster in a microwave often than drier foods.

Advertisement
India and China are locked in a bitter border standoff in eastern Ladakh for over six months. Both sides are now working on proposals on disengagement of troops from the high-altitude region. (File)

Which countries have these ‘microwave weapons’?

A number of countries are thought to have developed these weapons to target both humans and electronic systems. According to a report in the ‘The Daily Mail’, China had first put on display its “microwave weapon”, called Poly WB-1, at an air show in 2014.

The United States has also developed a prototype microwave-style weapon, which it calls the “Active Denial System”. In an FAQ posted online, the US Department of Defence says that “the Active Denial System is needed because it’s the first non-lethal, directed-energy, counter-personnel system with an extended range greater than currently fielded non-lethal weapons”.

Don’t miss from Explained | Why China is flexing its muscle

Have ‘microwave weapons’ been used in the past?

The US apparently deployed such a weapon in Afghanistan, but withdrew it without ever using it against human targets.

In the latter half of 2017, reports surfaced saying employees at the US embassy in Havana, Cuba, may have been targeted with a covert sonic weapon the previous year. Subsequently, in 2018, staff at the US consulate in Guangzhou, China complained of a possible similar attack in 2017.

In all, more than three dozen American diplomats and members of their families in Cuba and China were suspected to have been targeted using ‘microwave weapons’. All these individuals reported mysterious grating noises or sudden pressure changes and vibrations in their hotel rooms or homes.

They also reported symptoms included nausea, severe headaches, fatigue, dizziness, sleep problems, and hearing loss, which have since come to be known as “Havana Syndrome”.

However, a medical team that examined 21 of those affected in Cuba did not mention “microwave weapons” in a study published in the Journal of the American Medical Association. Neither the State Department nor the FBI have publicly pointed to “microwave weapons” as being the cause of the “syndrome”.

How dangerous are these weapons?

Concerns have been raised on whether they can damage the eyes, or have a carcinogenic impact in the long term.

The US Department of Defence FAQ specifically says its Active Denial System does not cause cancer or infertility. It also says that studies have shown that “natural blink reflex, aversion response and head turn all protect the eyes” from the weapon.

It is not clear yet how China intends to use such a weapon, and whether it can kill or cause lasting damage in human targets.

Count your steps with this fundraising virtual walkathon