What are the new rupee denominated overseas bonds that Prime Minister Modi spoke about in the UK? What’s in them for Indian issuers and foreign investors? 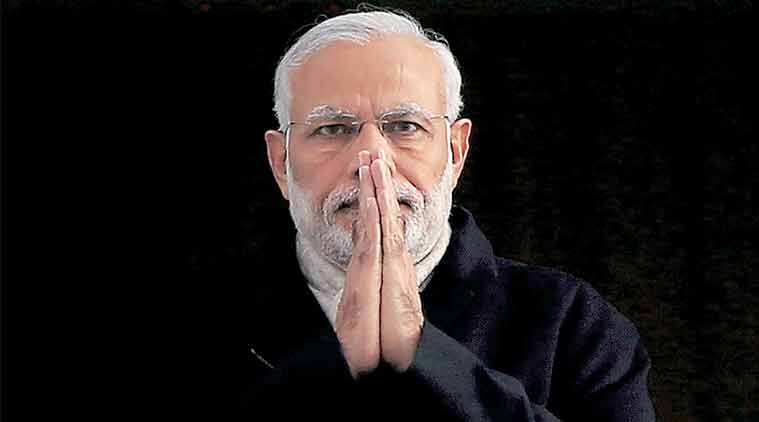 Modi on arrival in the UK. (Source: Reuters)

During his visit to the UK last week, Prime Minister Narendra Modi spoke about the Indian Railways issuing bonds and listing them on the London Stock Exchange. Indian companies have raised debt funds overseas for decades, including through bond offerings. But these have been borrowings in dollar or other currencies. The Railways bond, on the other hand, will be denominated in rupees. How did this come about? What are its benefits?

What’s new about the new bonds?

To raise funds for capital expenditure, Indian Railways proposes to borrow abroad through its financing arm — the Indian Railway Finance Corporation (IRFC) — by issuing bonds denominated in rupees. IRFC, the Konkan Railway Corporation, and many other Indian firms have earlier raised money abroad through bonds and other forms of borrowings, but always in foreign currency. Rupee bonds will be a new beginning; and several other Indian issuers — HDFC, which plans to raise $ 750 million, IIFCL, a state-backed funder of infrastructure projects, Power Finance Corporation Ltd, which arranges finance for the electrical power sector, power producer NTPC, etc. — are next in line. However, the first overseas rupee bonds, the so-called “masala bonds”, were issued in 2013 by the International Finance Corporation or IFC, the World Bank’s private sector investment arm.

How does issuing bonds in rupees help an Indian issuer?

An Indian company or issuer of an overseas bond offering runs a risk on account of currency fluctuation. A weakening of the rupee during the tenure of the bond can, for instance, add significantly to costs at the time of redemption or repayment — normally at the end of five years. By pricing or issuing bonds in rupees, the issuer gets rid of this risk which, instead, passes on to the investor. Besides, borrowing overseas can be relatively cheap compared to India, with average costs at least 200 basis points lower. It also offers the promise of a new and diversified set of investors for Indian companies, and more liquidity in exchanges such as London, apart from bank funding and the corporate bond market in India.

And what’s in it for the foreign investor?

An investor who buys a bond issued by an Indian entity at a rate that is, say, 200 basis points above the globally accepted pricing benchmark — the London Interbank Offered Rate or Libor (based on average borrowing quotes of a group of banks in the UK) — is betting on India, and hoping that currency and inflation would be stable enough to ensure good returns after hedging for foreign exchange risks. With India’s GDP or national income rising, and projected to grow at a reasonably fast clip over the next few years, many overseas investors would like to buy into such bonds to join the party — and to earn higher returns compared to the US and Europe where interest rates are still low.

From the perspective of the government and RBI, what does the issuance of rupee denominated bonds abroad indicate?

From a external balancesheet point of view, it will be welcomed by both, as worries related to the foreign currency risks of Indian firms ebb. Many Indian companies with large borrowings abroad hardly hedge their debt exposure or cover their risks, which is a worry for the central bank. From that point of view, higher issuance of such local currency debt abroad should be welcome, though the borrowings will be counted as part of India’s overall foreign borrowings. It will also be a sign of early acceptance of the Indian currency in trading and settlement overseas. In other words, this will be an attempt at testing the internationalisation of the currency over the medium- and long term, and of the confidence of investors.

But a potential worry for the RBI could be the currency rate setting as issuance grows. Foreign investors may prefer to hedge their rupee investments in the Non Deliverable Forward Market abroad, over which the Indian central bank has no control. Foreign investors prefer to hedge their risks overseas because there are limited products in the Indian market, especially for longer periods. The other worry, if the overseas rupee bond market takes off, will be about the growth of the Indian corporate bond market and Indian banks as top companies shift to another market, impacting growth here.

Have other emerging market countries done something like this?

China has been ahead. In October, when President Xi Jinping was in London, the People’s Bank of China issued yuan denominated bonds to raise funds at a little over 3%. The offering was a huge hit. Through its state owned lenders, China already issues bonds in its own currency in Hong Kong — dubbed “dimsum bonds” — and plans to issue more as part of its plan to push its currency for global trade. A key difference between India and China is that unlike China, the Indian government has never borrowed abroad on its own — preferring to push its state owned firms, instead. And RBI, unlike the Chinese central bank, cannot issue debt with no legal sanction for it. 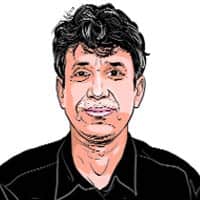