Explained: What are MANPADS, the missiles securing Ukraine’s airspace?

The United States is sending Ukraine a surface-to-air missile, also known as MANPADS, to help fight Russia. What is this technology, and how is it used? How have they helped Ukraine so far? The West in its continuous support to Ukraine has been supplying the besieged country with military aid in the form of arms as well as anti-aircraft and anti-tank defence systems.

Hours after Ukrainian President Volodymyr Zelenskyy made an impassioned speech at US Congress asking for support, his American counterpart Joe Biden Wednesday said the US will be sending an additional $800 million in military assistance to Ukraine.

Also in Explained |Explained: What are Kamikaze drones, the ‘lethal’ weapon being sent by US to Ukraine?

Among other weapons and drones, the assistance would include 800 Stingers – a type of man-portable air defence system (MANPADS) – and 2,000 Javelin anti-armour systems.

According to news agency AP, prior to Biden’s announcement, the US had already sent Ukraine more than 600 Stinger missiles and 2,600 Javelins. Additionally, it had authorised the Baltic states of Estonia, Lithuania, and Latvia to transfer Javelins and Stingers to the war-hit country in January this year.

Germany, Norway, and the Netherlands among other countries have also supplied Stingers to Ukraine.

The FIM-92 Stingers were characterised as “fire and forget” MANPADS by a 2019 RAND Corporation report commissioned by the US Department of State.

MANPADS are “short-range surface-to-air missiles used to intercept fixed- and rotary-wing aircraft in flight.” They are designed to be fired while mounted on a person’s shoulder or a tripod. Among such weapons, Stingers – made by the US – have an infrared seeker which detects the target through its radiation emissions. They can be used to shoot down aircraft and drones. Another example of such missiles is the Russian Igla-S.

Do you want to see #USArmy Soldiers from the @1BCT1CD use a Stinger to take down a drone? Of course you do.

While MANPADS are deployed for air defence, US-made Javelins are used to destroy tanks and armour. They, too, come equipped with an infrared sensor so the missile can make adjustments mid-air to find its target.

Similarly, Next generation Light Anti-tank Weapon (NLAW) systems are also shoulder-mounted short-range missiles, which have been supplied by the UK to Ukraine. They are jointly made by Britain and Sweden. However, they do not have an infrared sensor – hence, lighter to carry – and require the operator to pre-determine the missile’s path.

How have the MANPADS helped Ukraine?

According to experts, MANPADS have been at the forefront of the Ukrainian defence, keeping the Russians from dominating the air space. “These MANPADS are very useful because they make Russian air strikes less effective. If you deploy them in large numbers, you certainly won’t shoot down every Russian jet and helicopter, but Russia would have to pay a steep price for an attack,” Mykola Bielieskov of the National Institute for Strategic Studies in Kyiv told DW.

Videos show Russian helicopters and jets being shot down by surface-to-air missiles.

According to a BBC report, researchers had confirmed that at least 20 Russian aircraft had been shot down by missiles by Ukraine as of March 8. However, Ukrainian defence has pegged the number at significantly higher. The latest figures shared by the Ukrainian Ministry of Defense on March 17 show that it has destroyed 86 Russian aircraft and 108 helicopters. The Russians have not disclosed their losses so far.

In fact, analysts have told The Economist that Russian stock of high-precision munitions is likely running low, due to which they are relying on older weapons that require them to fly lower and hence, within the range of MANPADS.

Don't miss |What are cluster bombs and thermobaric weapons, allegedly used by Russia against Ukrainians?

On the ground, Javelins have become a symbol of the Ukrainian fight against Russia. ‘St Javelin’ – a female saint cradling a Javelin missile, a play on Virgin Mary – has been circulating on social media as Russian tanks suffer losses. NLAWs and Javelins allow operators to hit the tank from the top, where its most vulnerable, and the short-range make them effective in urban combat, experts have said. As of March 17, Ukraine claims to have destroyed 444 tanks.

Zelenskyy doesn’t think so. As talks for a ceasefire have yielded no significant breakthrough yet, Zekenskky has repeatedly called upon the US and its allies to institute a no-fly zone over Ukraine. In his address to the US Congress, he added that the alternative was to provide them with aircraft that can help Ukraine defend its skies.

The US has been mulling sending over longer-range S-300 surface-to-air missile systems that can shoot down aircraft. Since they are Soviet-designed, they would be familiar to Ukrainian forces.

Ukraine has also appealed for Soviet-made MiG-29 and Su jet fighters, saying that it is outnumbered by Russians in air defence. The US and its allies, however, have been wary of sending jets or implementing a no-fly zone, fearing that it may escalate the war.

A short history of MANPADS and concerns over proliferation

The first MANPADS developed by the US were called ‘Redeye’ and declared operational in 1968, according to a report by the Australian Government. An updated version, the Stinger, was released in 1970s. They were provided to Mujahideen in Afghanistan to fight Soviet aircraft in the 1980s. The Soviets too have developed their own MANPADS – Strela and Igla.

Around 20 countries, including the US, UK, Russia, Sweden, North Korea, Poland, and others, produce MANPADS. However, over the years, governments have expressed concerns over the illicit proliferation of MANPADS, with the missiles landing in the hands of terrorist organisations like Al Qaeda, the US State Department has said.

In 2004, New York Times had reported that at least 4,000 MANPADS were unaccounted for from the stockpile in Iraq following Saddam Hussein’s fall, according to US officials.

The RAND report states that as many as 60 civilian aircraft have been struck by MANPADS since 1975, taking over 1,000 lives. At least 57 non-state armed groups (NSAG) are thought to possess MANPADS.

For instance, the report specifies, “One of the states believed to be involved in such illicit transfers is Iran; several of the NSAGs Iran supports are known to or suspected to have acquired MANPADS, including Hezbollah, Hamas, Palestinian Islamic Jihad, and the Houthis.” It adds that Qatar is believed to have purchased MANPADS for non-state actors in Syria via Sudan.

The US State Department has said that the country is carrying out a massive coordinated effort to counter this proliferation, such as securing the excess missile systems as well as financially blocking terrorists from acquiring MANPADS. 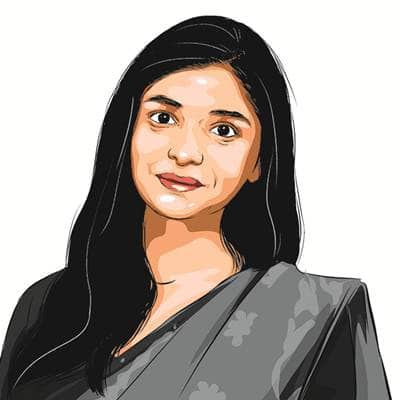