Explained: How has the Karnataka Police Act been modified to clamp down on gambling?

The new Karnataka law aims to strengthen the Karnataka Police Act to make gambling a cognisable and non-bailable offence and "curb menace of gaming through the Internet, mobile apps". 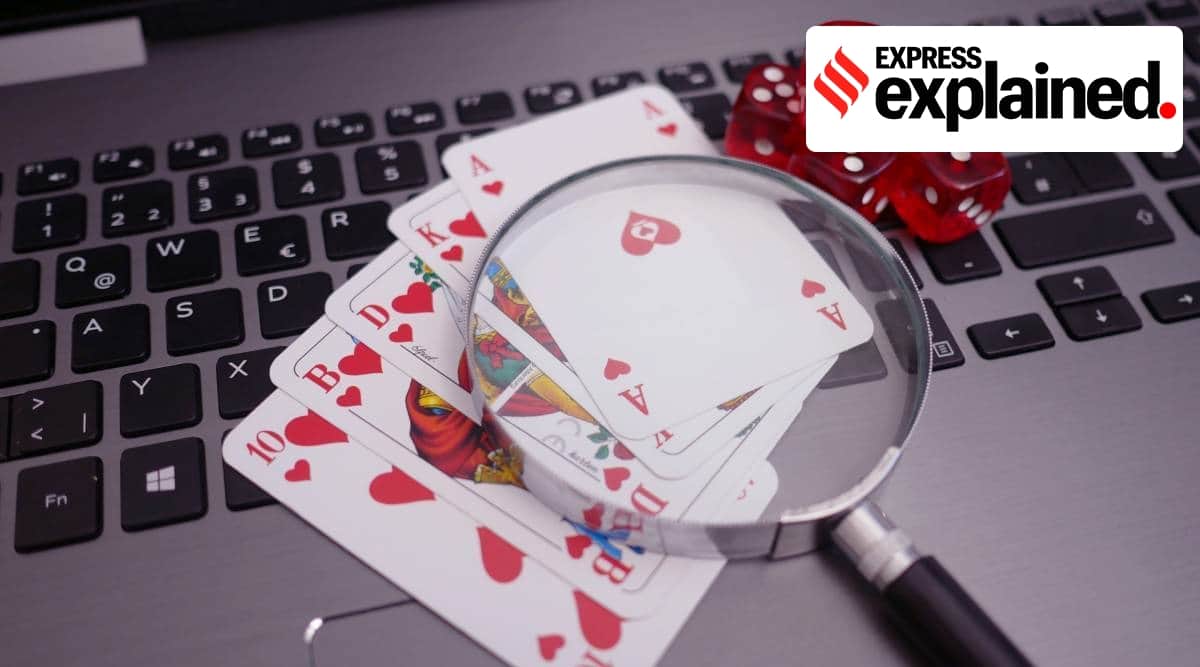 The amended law covers all forms of wagering or betting "in connection with any game of chance'' with the exception of horse races and lotteries. (Source: Pixabay)

The Karnataka legislature has passed a Bill to amend the Karnataka Police Act, 1963 in order to ban all forms of gambling in the state, including online gambling. The Karnataka Police (Amendment) Bill, 2021 was passed by the legislature despite a similar law — the Tamil Nadu Gambling and Police Laws (Amendment) Act, 2021 — passed in February in Tamil Nadu being struck down by the Madras High Court this August as being ultra vires.

The new Karnataka law aims to strengthen the Karnataka Police Act to make gambling a cognisable and non-bailable offence and “curb menace of gaming through the Internet, mobile apps”.

Among the reasons cited by the Karnataka government for a new law to ban all forms of gambling are a Dharwad High Court Bench order of December 2019 which ruled that the police cannot raid gambling dens without a formal written order from a magistrate since gambling is a non-cognisable and bailable offence. The order passed by Justice P G M Patil in the Vageppa Gurulinga Jangaligi vs the Kagwad police case on December 10, 2019 set out a series of guidelines for the police and magistrates to follow when a non-cognisable offence is taken up. The order said that the “SHO of the police station has no authority of law unless the jurisdictional magistrate permits the police officer for investigation of the non-cognizable offence”.

Recent public interest litigations seeking a ban on online gaming and betting – where the high court has sought the state government’s stand on imposing a ban on gambling – have also served as a catalyst for the introduction of the amendments to the Karnataka Police Act, 1963.

According to the statement of objects and reasons provided with the amendments to the police act the new law is needed to make gambling a cognisable and non-bailable offence other than gaming in public streets which is cognisable and bailable.

The new law has also been introduced to “include the use of cyberspace including computer resources or any other communication device as defined in the Information Technology Act 2000 in the process of gaming to curb the menace of gaming through internet, mobile app”.

Does the new law on gambling apply to online gaming and betting on sports as well?

The amended law covers all forms of wagering or betting “in connection with any game of chance” with the exception of horse races and lotteries. The amended law also puts betting on the skills of others in the category of gambling and also states that “any act of risking money or otherwise on the unknown result of an event including on a game of skill” is an offence.

Unlike the existing law which was not applicable to betting by players involved in a game of skill, the amended law provides an exception only to the playing of any pure game of skill’ and not to “wagering by persons taking part in such game of skill”. According to the amended law “all forms of wagering or betting, including in the form of tokens valued in terms of money paid before or after issue of it, or electronic means and virtual currency, electronic transfer of funds in connection with any game of chance,” will be considered as gambling.

What are the punishments for gambling under the amended law?

Will the new amendments to curb gambling including online gambling in Karnataka stand the test of law?

This February, the Tamil Nadu government brought about a law to impose a comprehensive ban on all forms of gambling including online gaming. In August, the law was however struck down by the Madras High Court as being ultra vires and unnecessary after it was challenged by an online gaming firm.

“It is true that, broadly speaking, games and sporting activities in the physical form cannot be equated with games conducted in virtual mode or in cyberspace. However, when it comes to card games or board games such as chess or Scrabble, there is no distinction between the skill involved in the physical form of the activity or in the virtual form. It is true that Arnold Palmer or Severiano Ballesteros may never have mastered how golf is played on the computer or Messi or Ronaldo may be outplayed by a team of infants in a virtual game of football, but Viswanathan Anand or Omar Sharif would not be so disadvantaged when playing their chosen games of skill on the virtual mode. Such distinction is completely lost in the Amending Act as the original scheme in the Act of 1930 of confining gaming to games of chance has been turned upside down and all games outlawed if played for a stake or for any prize,” a bench of the Tamil Nadu high court said in its order on August 3, 2021.

The partial inclusion of games of skill as acts of gambling in the amended Karnataka Police Act is likely to come under scrutiny.

How have gaming companies reacted to the new Karnataka law to bar wagering on online games?

“The Bill tabled in the Karnataka Assembly seeks to equate all games including online chess, online farming with the same brush as online gambling. The bill has made some exemptions including online betting on horse racing. I am not sure that application of a judicial mind will see any compelling rationale to this move,” said a corporate lawyer employed with a gaming company. “The government should consider regulation rather than legislation. The industry has submitted itself to the idea of regulation being brought in and already moved towards some steps of self-regulation. A comprehensive framework with active participation of the industry association is a prudent way forward,” the lawyer said.