Explained: Why is BJP govt in Karnataka facing a political storm over an SC order on illegal religious structures?

A red-faced Basavaraj Bommai government is facing a backlash from other leaders in the BJP as well as the Opposition Congress. 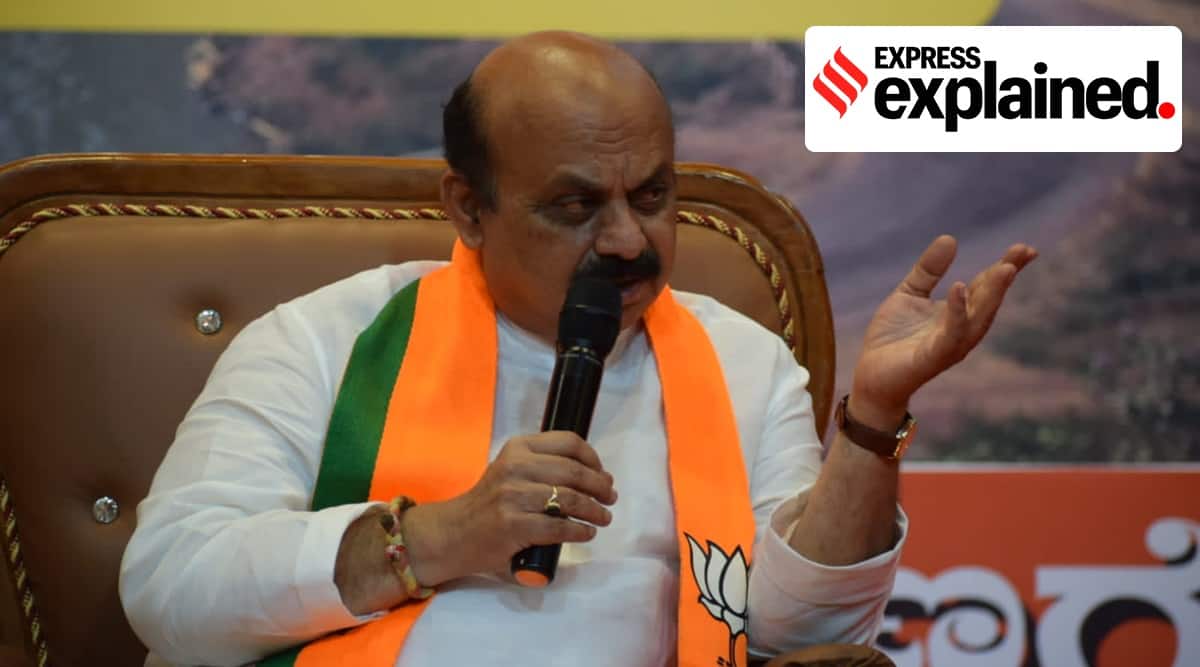 The implementation of a 2009 Supreme Court order on illegal religious structures in Karnataka has triggered a political storm in the BJP-ruled state. The issue snowballed after a temple in Mysuru district was demolished following which a Hindu outfit was up in arms and issued threats to BJP leaders, saying even “Mahatma Gandhi was not spared in a bid to protect Hindus”.

A red-faced Basavaraj Bommai government is also facing a backlash from other leaders in the BJP as well as the Opposition Congress.

So, what is the 2009 SC order and why is it being implemented now?

On September 29, 2009, in a Union of India vs State of Gujarat case, the Supreme Court ordered that “no unauthorized construction shall be carried out or permitted in the name of temple, church, mosque or gurudwara, etc. on public streets, public parks or other public places, etc”.

The SC order was hardly executed by the authorities until the Karnataka High Court stepped in.

Upon finding that only a few unauthorised religious structures built in public places had so far been removed, the high court took up a suo motu petition on June 27, 2019 to enforce the 2009 Supreme Court order. It reiterated on February 16, 2010 that ”all illegal religious structures constructed after September 29, 2009 shall not be tolerated”.

In the past six months, the Karnataka High Court has also pulled up the Karnataka government a number of times for tardy progress in the implementation of the SC order.

Pressure from the high court forced the state government to issue directions to officials in all districts to remove or relocate them as per the guidelines issued by the government.

Why is the Bommai government in a Catch-22 situation now?

While the process of removal and relocation of illegal structures was underway with little noise, it took a political turn when a temple in the Nanjangud area of the Mysuru district was demolished on September 10 in line with the SC order.

What followed was subsequent politicisation by the Congress, the BJP as well as social media that resulted in a political furore. Karnataka Chief Minister Basavaraj Bommai immediately called for a halt to implementation of earlier state directives until the BJP government reviewed the situation and issued fresh guidelines for implementing the SC order.

A video of the demolition went viral on social media and political leaders cutting across party lines began exploiting the issue for political gain. Former Karnataka chief minister Siddaramaiah questioned the BJP’s “pro-Hindu credentials” while the BJP’s Mysuru MP Prathap Simha alleged that only temples were being targeted in the drive to remove illegal structures.

Also in Explained |‘Learning loss’ in the pandemic, explained: The case of elementary schools in Karnataka

How many illegal religious structures have been identified in Karnataka?

In 2010-11, when all states submitted details of illegal religious structures in their territories to the Supreme Court, the Karnataka government had stated in a May 5, 2011 affidavit that 1,505 of a total of 4,722 unauthorised religious structures had been removed in the state and that 154 had been regularised while there were legal disputes in 12 cases.

According to a letter dated July 1, 2021 sent by state chief secretary P Ravi Kumar to deputy commissioners in the state, there are about 6,395 unauthorised religious structures in public places. The district of Dakshina Kannada has 1,579 followed by Shivamogga with 740 and Belagavi with 612. While a majority are temples, there are also mosques and churches. Many of the cases are also under litigation, thus preventing executive action. Some districts like Hassan have claimed an efficiency rate of over 80 per cent, having removed 92 out of 112 illegal religious structures in the district.

Even as the SC order was being implemented in many districts, there has been slow progress in Bengaluru where only five of 277 illegal religious structures built after September 29, 2009, and identified for demolition, had been removed while 105 structures chosen for relocation had not been acted upon.

On August 12 this year, the High Court pulled up the Bengaluru civic agency commissioner for its slow progress and also sought a report from the state government.

How has the ruling BJP in Karnataka, its affiliates reacted to the temple demolition in Nanjangud?

Pro-Hindu outfits have staged several protests across the state demanding the “rescue” of temples. Former Karnataka chief minister BS Yedyiurappa and BJP union minister Shobha Karandlaje have termed the demolition drive an “error” by district officials. After the issue drew flak from his own party members, Chief Minister Basavaraj Bommai directed the chief secretary to order a temporary halt to the demolition drive across Karnataka. Bommai has said that the government would like to review the court orders and come up with a fresh set of guidelines for illegal religious structures. At a BJP state executive meeting on Sunday, Bommai blamed officials for causing the controversy. The BJP is likely to come up with a policy for relocation or regularisation of religious places identified as illegal rather than go for demolitions which tend to result in emotional reaction.

A representative of the right wing Hindu Mahasabha on Saturday issued a death threat against CM Bommai, former CM Yediyurappa and the muzrai minister Shashikala Jolle over the demolitions on Saturday. The Hindu Mahasabha representative, Dharmendra Surathkal, who said that “Mahatma Gandhi was not spared in efforts to protect Hindus” was arrested by the Mangaluru police on Sunday.

CM Bommai on Monday tabled a bill in the legislative assembly for protection of religious structures being targeted for removal. The bill is likely to be taken up in the next couple of days and is expected to find support across party lines.

Paras Defence IPO fully subscribed within minutes: Here’s everything you need to know