Explained: The layout of Kabul airport, and where the blasts occurred

Kabul airport blast: At least two explosions at Kabul's airport on Thursday left around 60 people dead, including 12 US service members. The Taliban condemned the attack, while the US said it believed the Afghan affiliate of the Islamic State — Islamic State Khorasan (ISIS-K) — was responsible. 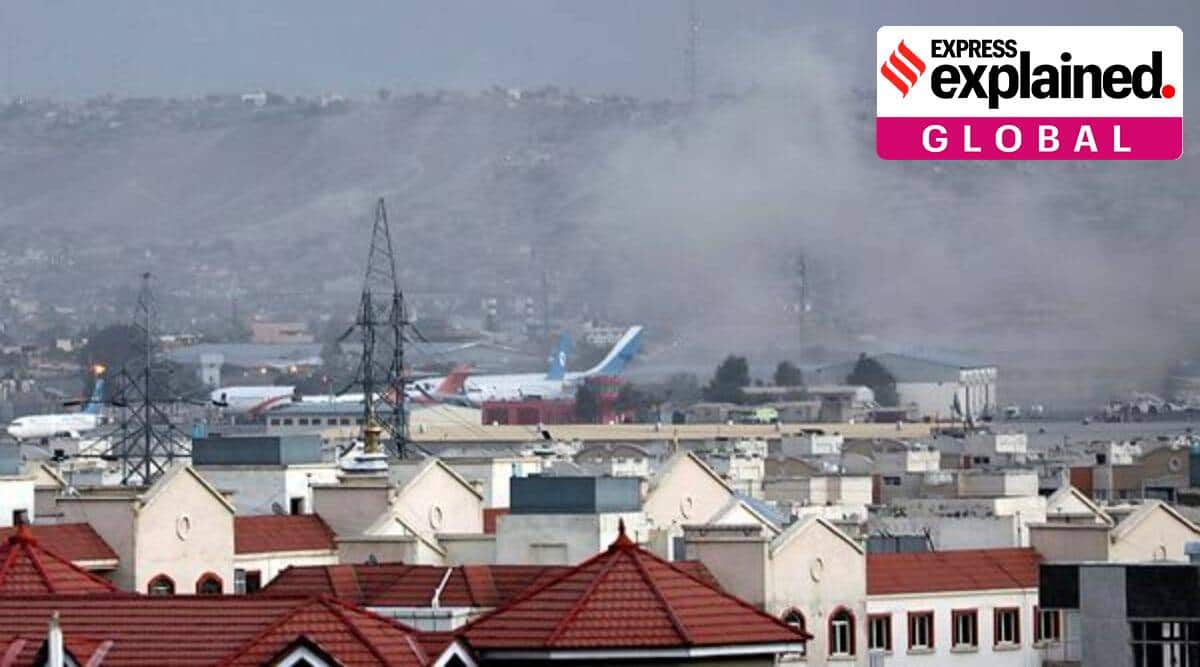 Smoke rises from explosion outside the airport in Kabul, Afghanistan, Thursday, Aug. 26, 2021. The explosion went off outside Kabul‚ Äôs airport, where thousands of people have flocked as they try to flee the Taliban takeover of Afghanistan. (AP Photo/Wali Sabawoon)

Kabul’s Hamid Karzai International Airport has two sections. The first is the civilian side of the airport, which is now under the control of Taliban fighters. No commercial flights are any longer operating out of this airport. All flights were cancelled on August 16, the day after Kabul fell to the Taliban.

The second section is the technical area, which is under the control of the United States military and NATO troops. This section is quite large, and it is functional. All evacuation flights are being operated from this section of the airport.

The US military-controlled technical area has three gates. US troops control access to this section of the airport. They are the North Gate, East Gate, and Abbey Gate.

The first explosion took place at one of these three gates — the Abbey Gate. The second blast was reported from near the Baron Hotel, a short distance away. Satellite image shows Kabul International Airport and the location of an explosion near the Abbey Gate.

It’s a nondescript area, with high walls and barbed wire on top, so that no one can climb up the walls.

This gate, Abbey Gate, was the one that was used by Indian diplomats to enter the airport when the entire diplomatic staff — including the ambassador — was evacuated on August 17.

There is an open drain separating the main road and the walls of this side of the airport, near the Abbey Gate. Some of those who are desperate to enter the airport but cannot access the gate, have sought to wade through the sewer line.

How exercise may help keep our memory sharp