Jerusalema Challenge: Why have South Africans been urged to take it?

How did the #Jerusalemachallenge get so popular and why is it linked to South Africa’s Heritage Day? 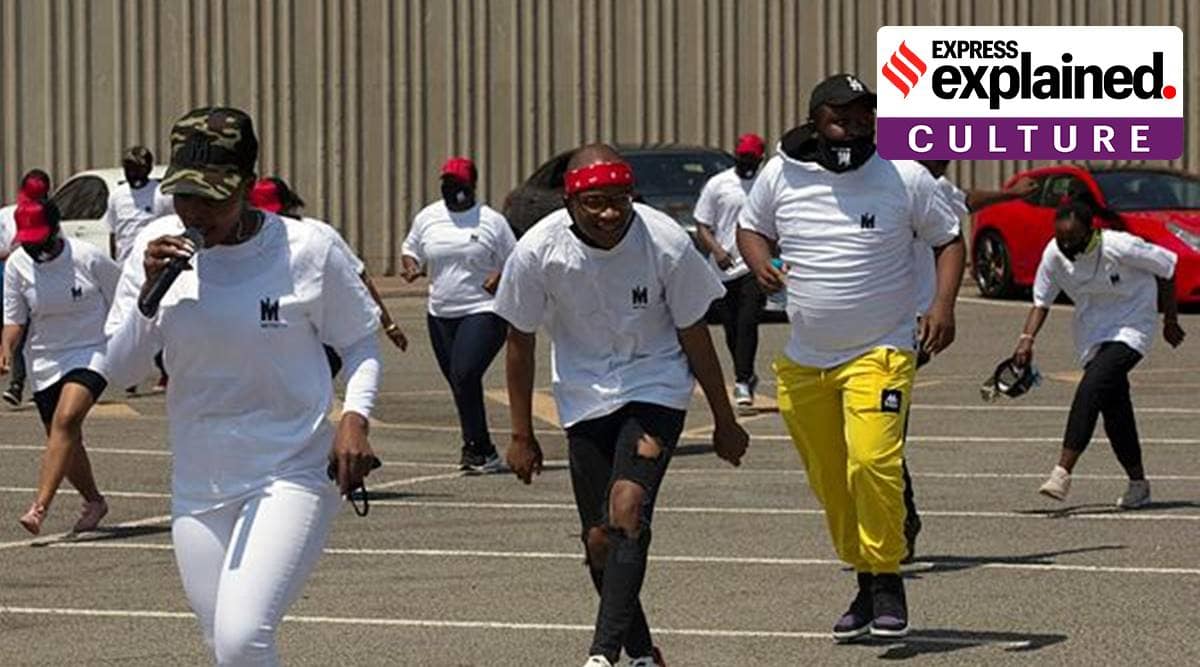 An internet rage during the Covid-19 lockdown has been the #Jerusalemachallenge, with people from across countries uploading videos dancing to Jerusalema, a song by South African DJ and record producer Master KG.

September 24 is celebrated in South Africa as Heritage Day, and ahead of it, President Cyril Ramaphosa urged his people to “take up this challenge and show the world what we are capable of”.

So, how did the #Jerusalemachallenge get so popular and why is it linked to South Africa’s Heritage Day?

The song by Kgaogelo Moagi, better known as DJ Master KG, featuring woman vocalist Nocembo Zikode, was released in October 2019 and became an instant hit. This was followed by a video release in December 2019.

The dance challenge took off in February 2020, as Covid-19 caused lockdowns in African countries like in most parts of the world. It was a group of six friends – four men and two women – in Angola who made a video of themselves dancing to the foot-tapping number, while taking bites of food from plates in one hand. This was soon dubbed the #Jerusalemachallenge or #Jerusalemadancechallenge after similar videos surfaced from parts of Europe, North America and South America.

Well, I tried – this after our work at Cape Town International Airport. #Jerusalemachallenge pic.twitter.com/HuRCpchqk9

According to the South African newspaper Sowetan, the song gained international traction when a remix version was released in May with Nigerian megastar Burna Boy.

The song, in IsiZulu, one of South Africa’s 11 national languages, is a prayer to God to take the singer to the holy city of Jerusalem. Zikode’s haunting rendition has over 150 million views on YouTube and is the most ‘Shazamed’ song in the world, South African Tourism India said in a statement. It has been streamed over 66 million times on music App Spotify. Sowetan reported earlier this month that with Jerusalema, Master KG became the first African artist to top the global charts on Shazam, the American music-identification App.

The gospel-influenced song has seen health workers, construction workers, nuns and priests in Italy, police officers in uniforms and flash mobs in different parts of the world participate in the dance challenge, wearing masks and maintaining social distancing.

Also in Explained | What is #CancelNetflix, and why is it trending?

What did President Ramaphosa say in his address to the nation ahead of Heritage Day?

“So I urge all of you to take up this challenge on Heritage Day and show the world what we are capable of. Our performers have demonstrated to the world that we’ve got good music, good dance and good moves. So quietly, let us celebrate our heritage,” the President said.

Ramaphosa also asked South Africans “to remember those who have lost their lives” to Covid-19.

South African Tourism India Thursday asked Indians to do their own version of the challenge.

“Indians are encouraged do their own version of the challenge and tag the @meetsouthafrica.india Instagram handle, as they stand in solidarity with the Rainbow Nation this Heritage Day,” it said in a statement.

What is the significance of Heritage Day in South Africa?

Heritage Day is a celebration of South Africa’s multiple cultures, South African Tourism India said in its statement. Heritage Day’s significance rests in recognising aspects of South African culture which are both tangible and difficult to pin down: creative expression, historical inheritance, language, the food, and land, according to the South African government.

According to the country’s website listing its national holidays, in an address marking Heritage Day in 1996, former President Nelson Mandela had stated: “When our first democratically-elected government decided to make Heritage Day one of our national days, we did so because we knew that our rich and varied cultural heritage has a profound power to help build our new nation.

We did so knowing that the struggles against the injustice and inequities of the past are part of our national identity; they are part of our culture. We knew that, if indeed our nation has to rise like the proverbial phoenix from the ashes of division and conflict, we had to acknowledge those whose selfless efforts and talents were dedicated to this goal of non-racial democracy.”

The government determines a theme for each year’s celebrations.