Being an alliance of disparate ideologies, with moderates like Mirwaiz Umar Farooq and Abdul Gani Lone and hardliners like Syed Ali Geelani and Masrat Alam, the Hurriyat found it difficult to keep its flock together. 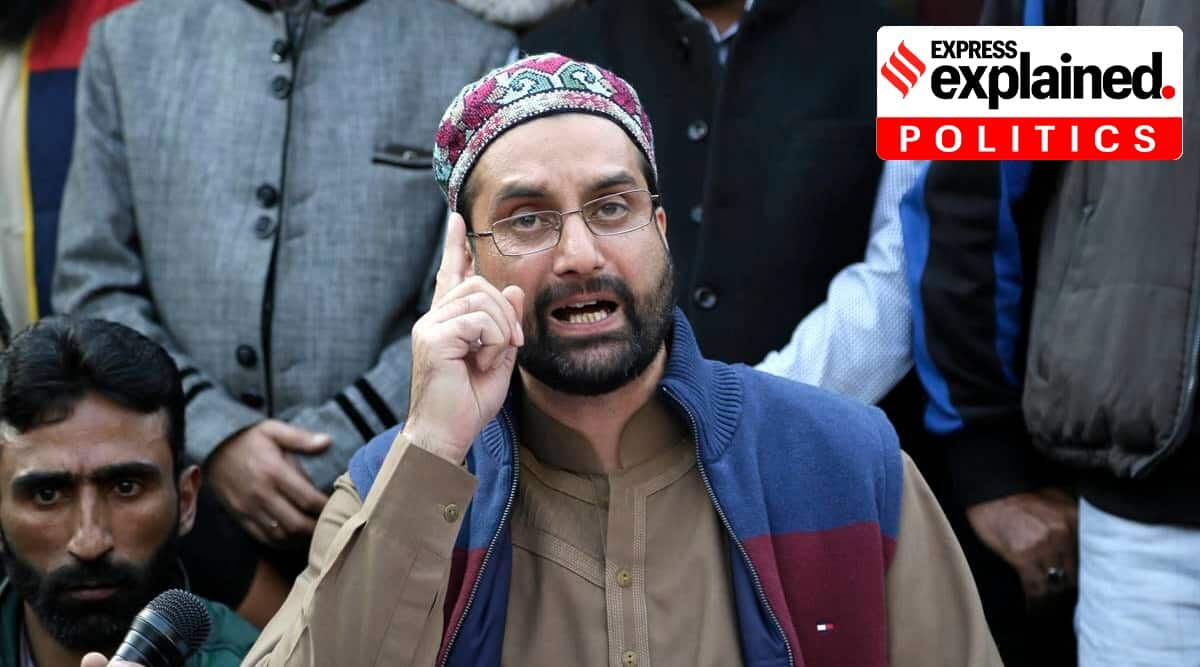 Mirwaiz Umar Farooq, who heads the moderate faction, is under house detention for over two years now. (AP Photo/File)

The red line was drawn seven years ago. That it wasn’t business as usual with the Hurriyat was made clear barely three months into Prime Minister Narendra Modi’s first term when New Delhi called off Foreign-Secretary talks with Pakistan an hour after then Pak High Commissioner Abdul Basit met separatist leader Shabir Shah.

“Pakistan’s continued efforts to interfere in India’s internal affairs were unacceptable… (the) High Commissioner’s meetings with these so-called leaders of the Hurriyat undermines the constructive diplomatic engagement initiated by Prime Minister Modi in May on his very first day in office,” said a strongly worded MEA statement.

A year later, External Affairs Minister Sushma Swaraj asked Pakistan Foreign Minister Sartaj Aziz to desist from meeting the Hurriyat if he came to India. Aziz’s visit was called off.

The Centre’s message was unequivocal: For any genuine political engagement, the Hurriyat, representing the separatist stream in Kashmir politics, could not be seen as a “proxy” for Pakistan.

No wonder then that its marginalisation gathered momentum leading to the current talk of a ban under UAPA.

Indeed, for the last two years, following the abrogation of Jammu and Kashmir’s special status on August 5, 2019 and the downgrade of the state into two UTs, the Hurriyat leadership has been silent, except for two “policy statements” calling for a dialogue to resolve the Kashmir dispute.

Mirwaiz Umar Farooq, who heads the moderate faction, is under house detention for over two years now. Most of the first and second-rung leaders of the hardline faction are behind bars. Among the Hurriyat leaders in jail are Shabir Ahmad Shah, Nayeem Khan, Masrat Alam, Ayaz Akbar, Peer Saifullah and Shahidul Islam. JKLF chief Yasin Malik is also behind bars.

Founded on July 31, 1993, the All Parties Hurriyat Conference (APHC) was an amalgam of many parties, an alliance stitched together by their common stand that Kashmir was under “illegal occupation.” It was, in fact, an extension of an alliance that had contested the 1987 Assembly elections against the National Conference-Congress combine.

The Hurriyat’s constitution describes it as a union of political, social and religious parties of J&K, to wage a “peaceful struggle” for resolution of the Kashmir dispute, according to the UN resolutions or through tripartite talks – between India, Pakistan and the people of Kashmir – keeping in view the aspirations of the people of J&K.

For almost half a decade, the Hurriyat was the dominant political force in Kashmir. Even when the Assembly elections were held in 1996 and the NC rode back to power, the Hurriyat wielded significant political weight. This was reflected in the decision of the Organisation of Islamic Countries (OIC) to give it the status of an observer.

While the Hurriyat has lost ground to mainstream political parties, its coalition is seen to reflect the aspirations of a section of the people. Several governments at the state and the Centre have acknowledged that any dialogue to resolve the Kashmir issue would be incomplete without the Hurriyat.

However, it’s been riven with contradictions, too. Being an alliance of disparate ideologies, with moderates like Mirwaiz Umar Farooq and Abdul Gani Lone and hardliners like Syed Ali Geelani and Masrat Alam, the Hurriyat found it difficult to keep its flock together.

In 2004, when the then NDA government was led by Prime Minister Atal Bihari Vajpayee, the Mirwaiz faction entered into a direct dialogue with then Deputy Prime Minister L K Advani.

With the Centre’s backing, the Mirwaiz faction and Mohammad Yasin Malik (who had stayed away from both Hurriyat factions after the split) travelled to Pakistan in 2005 to hold talks.

With the Mirwaiz faction perceived to be close to New Delhi and its failure to achieve any outcome from the dialogue, Geelani’s stock rose in the Valley. The Mirwaiz faction then split, and some of its senior leaders including Shabir Ahmad Shah and Nayeem Ahmad Khan parted ways.

While the Hurriyat played a strong political role in the 2008, 2010 and 2016 public protests, the NIA raids against its leaders in 2018 dealt a heavy blow.

Last year, Geelani sprang a surprise when he dissociated himself from his faction, leaving the reins to his deputy, Mohammad Ashraf Sehrai, who died in custody in Jammu earlier this year.

It is not enough to protect the precincts of Sabarmati Ashram