Explained: What are the takeaways from GSLV-F10 failure?

ISRO EOS-3 launch: The launch would have marked India’s return to normal spaceflight, but has failed. How important is the rocket, and how far will its failure impact the upcoming missions Gaganyaan, Chandrayaan-3 and NISAR? 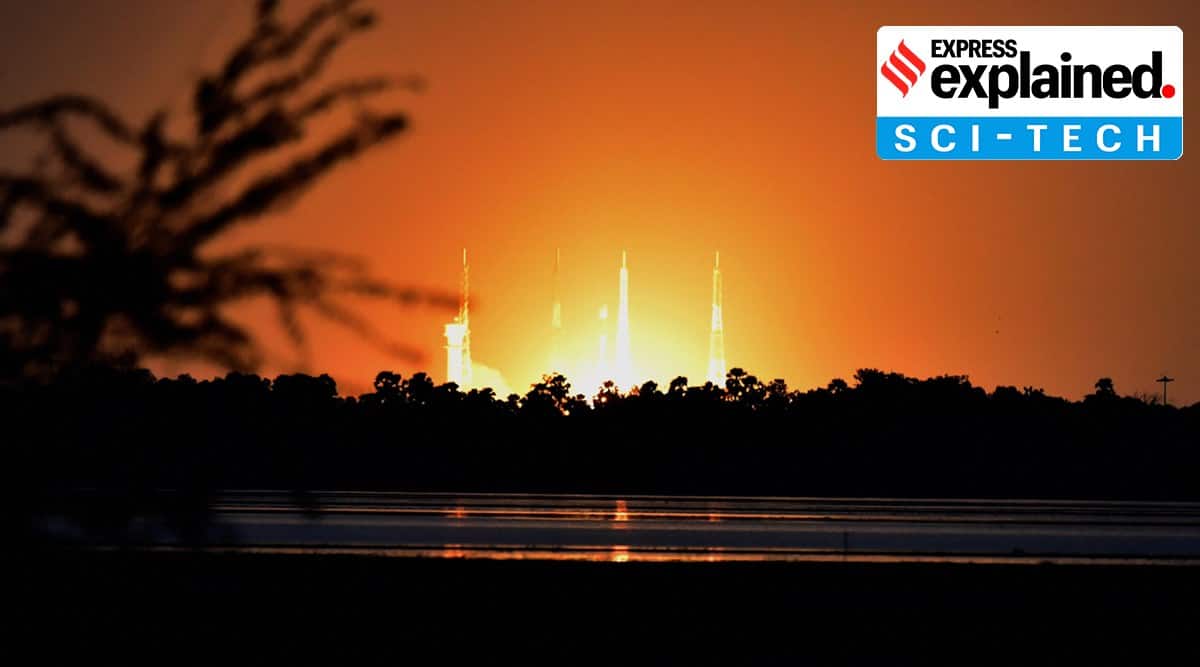 The launch of GLSV-F10 was supposed to mark the return of normal spaceflight activity on the Indian space scene. Instead, its failure on Thursday has cast a shadow on the Indian Space Research Organisation’s (ISRO) launch calendar, which has already been severely affected by the pandemic. Apart from the loss of a crucial satellite, it is likely to impact the schedule of some big-ticket future missions as well, though the ISRO has not yet disclosed how serious the malfunctioning was that led to the failure.

About five minutes into the launch early on Thursday morning, the flight of GSLV-F10, which was carrying an earth observation satellite EOS-03, deviated from its scheduled trajectory. The first and second stages of the rocket had functioned normally and detached. But the upper stage, powered by a cryogenic engine fuelled by liquid hydrogen and liquid oxygen at very low temperatures, failed to ignite. The rocket lost the power to carry on and its remains, along with that of the satellite, most likely fell off somewhere in the Andaman Sea.

EOS-03, a powerful earth observation satellite that was supposed to help in near real-time monitoring of the Indian landmass, was lost in the process. The deployment of EOS-03, initially planned for March last year, was already delayed by over a year and a half, first by some technical glitches and then by the pandemic. EOS-03 would have provided relatively low-resolution, but continuous, imagery of the Indian landmass that was meant to be used for monitoring of natural disaster like floods and cyclones, water bodies, crops, vegetation and forest cover.

“(The mission) could not be fully accomplished mainly because of a technical anomaly observed in the cryogenic stage,” was all that ISRO chairman K Sivan said after the launch failure.

GSLV-F10 launch took place today at 0543 Hrs IST as scheduled. Performance of first and second stages was normal. However, Cryogenic Upper Stage ignition did not happen due to technical anomaly. The mission couldn’t be accomplished as intended.

Where it went wrong

Problems in the cryogenic stage of this rocket are not new. A similar issue had led to the failure of GSLV-D3 as well in April 2010. That was the first flight of GSLV with an indigenous cryogenic engine modelled on the Russian design, very similar to the one flown on Thursday. The cryogenic stage had failed to ignite on that occasion as well.

Eight months later, the next GSLV flight, this time being powered by a Russian cryogenic engine, the last one of the seven that Russia had supplied as part of a deal in the 1990s, also failed. A failure analysis had found malfunctioning in the electronics of the cryogenic engine. 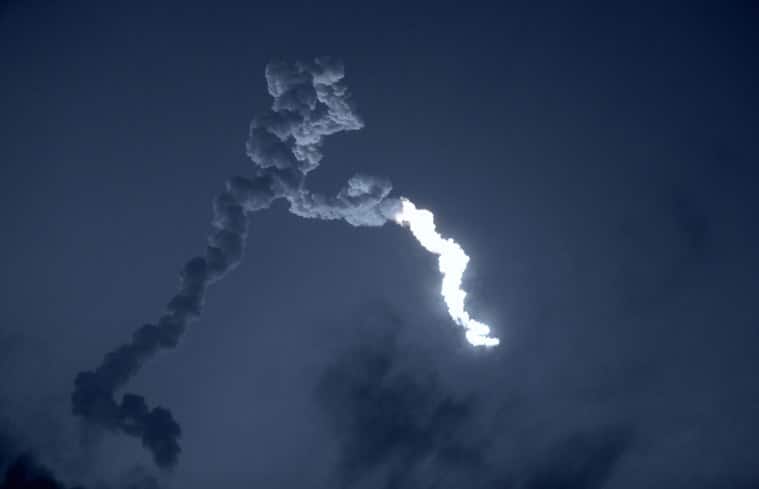 GSLV-F10 did not place the satellite EOS-03 into the intended orbit due to a “technical anomaly” identified in the cryogenic stage. (PTI Photo: R Senthil Kumar)

Between then and now, however, the GSLV Mk-II rocket has carried out six successful launches, all using that same indigenously developed cryogenic engine in the upper stage, the last one in December 2018 which deposited GSAT-7A, a communication satellite, into its orbit. The struggles with the cryogenic stage seemed to be a thing of the past, but Thursday’s failure has brought the ghosts back.

There are no more launches of GSLV Mk-II scheduled for this year, but several in 2022 and 2023. Scientists said it was possible that Thursday’s malfunctioning was “accidental”, in which case there might not be any major impact on the schedule of the future launches by this rocket. But a serious issue could push back even major missions like the human space flight.

Missions like Gaganyaan and Chandrayaan-3 will be launched on GSLV Mk-III, a more advanced version of the GSLV rocket that is designed to carry much heavier payloads into space. GSLV Mk-III too uses an indigenously-developed cryogenic engine in the upper stage, but, unlike the one in Mk-II, this is not a reverse-engineered Russian engine. Instead, the cryogenic engine used in GSLV Mk-III, called CE20, has been the result of over three decades of research and development, starting from scratch, and uses a different process to burn fuel. It is closer to the designs used in the Arianne rockets that were used by ISRO earlier to send its heavier satellites into space.

It is much simpler and, because it is entirely home-grown, ISRO scientists have a much better grip on its technology. GSLV Mk-III has had four successful flights till now, including the one that launched Chandrayaan-2 in 2019.

Thursday’s failure, therefore, might not directly impact the schedule of Gaganyaan or Chandrayaan-2. But it is possible that the GSLV Mk-II rocket is used for some preparatory flights or to test out some of the technologies that would be integrated in those two missions, especially Gaganyaan. In that case, any delay in the schedule of GSLV Mk-II would impact the actual mission as well.

Thursday’s failure, however, is a big cause of worry for the NISAR mission, a first-of-its-kind collaboration between NASA and ISRO for a joint earth-observation satellite. NISAR, which will use two synthetic aperture radars (SAR) to monitor the entire Earth in a 12-day cycle, is the most important mission as yet involving the GSLV Mk-II rocket.

The keenly awaited NISAR mission aims to measure the Earth’s changing ecosystems and dynamic surfaces to provide information about biomass, natural hazards, sea-level rise and groundwater. It will help researchers and user agencies to systematically map the surface of the earth. ISRO wants to use it for a variety of purposes including agricultural mapping, and monitoring of glaciers in the Himalayas, landslide-prone areas and changes in the coastline.

Don't miss |Explained: How and why Google will offer more protection to children online

As part of the collaboration, NASA will provide one of the synthetic aperture radars (L-band) while the other (S-band) will come from ISRO. NASA will also provide communication and control systems while the launch and related services would be the responsibility of ISRO.

As of now, NISAR is scheduled for launch in early 2023 from the Sriharikota facility. It’s a launch that ISRO has been putting a very priority on. Thursday’s failure is undoubtedly a setback to this mission, and is likely to force a thorough investigation into the cryogenic stage of the GSLV Mk-II rocket.

“Performance of first and second stages was normal. However, Cryogenic Upper Stage ignition did not happen due to technical anomaly. The mission couldn’t be accomplished as intended,” ISRO said in a statement, without giving any further details.

WhatsApp to roll out chat history transfer feature: All you need to know