Ishrat Jahan fake encounter accused: Where are they now?

Pandey is not the only accused in the 2004 Ishrat Jahan fake encounter case to be rehabilitated. Over the past two years, since the investigation hit a dead end, all the accused in the case are out on bail. 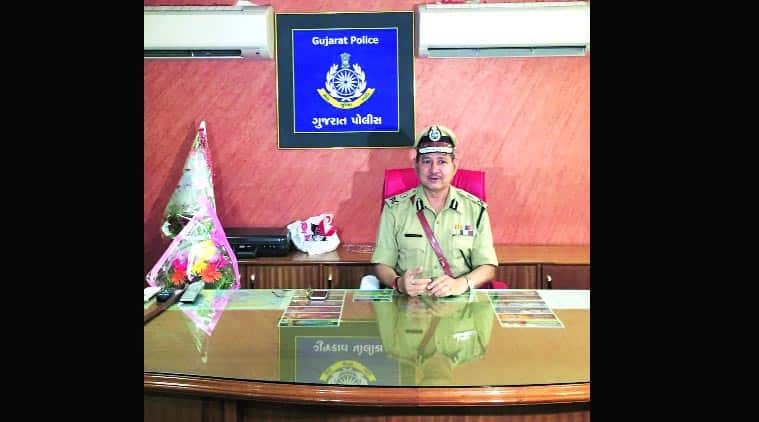 Days before the Gujarat government prematurely moved out its police chief DGP PC Thakur, Prithvi Pal Pandey, the senior most DGP after him who replace him as the in-charge DGP, was at the Gandhinagar town hall among those rolling out the red carpet for DG Vanzara, the retired IPS officer, accused in the fake encounter cases. They were celebrating his return from Mumbai, after his bail conditions were relaxed.

This was on April 8. DGP Pandey, Vanzara’s co-accused in the Ishrat Jahan fake encounter case described him as a “Rajashri” (king turned sage) and spoke for 20-minutes in his praise to a crowd mostly from the Vanzara community, and retired or in-service policemen. He described the day as “Vijay Dashmi” and said, “The time to win over all demonic forces which tried to trouble Gujarat, has already begun a long time ago but today is the day when it will actually start.”

Seven days later, Pandey was appointed the in-charge DGP replacing Thakur, contrary to the strong buzz that the government was keen to appoint Gujarat’s first woman IPS officer Geetha Johri as the full-time police chief. She was promoted to DGP after being discharged in the Sohrabuddin Sheikh fake encounter case. This is probably a first in Gujarat when a top police officer facing a murder charge and out on bail, is also the part-time police chief.

Pandey is not the only accused in the 2004, Ishrat Jahan fake encounter case to be rehabilitated. Over the past two years, since the investigation hit a dead end, all the accused in the case are out on bail.

Before Pandey the state government had promoted IPS officer G L Singhal to Deputy Inspector General of Police and posted him as Commandant at Police Training Academy, Karai in Gandhinagar. His junior IPS officer N K Amin was recently transferred to Mahisagar district a Superintendent of Police.

Earlier this year the special CBI court allowed Amin to renew his passport as well while Pandey and Singhal have requested the court to return their passports so that they may travel abroad. They had to deposit their passports as a condition for their bail.

On the other hand, Satish Verma, the IPS officer who helped crack the Ishrat Jahan encounter case has been denied promotion and is currently on deputation to Shillong in the North-Eastern Electric Power Corporation.

He is also facing a probe in an encounter case of 1997, reopened on directions of the Gujarat High Court following a petition filed in 2013.

Two of the accused in the Ishrat case, Tarun Barot and J G Parmar have retired as Deputy Superintendent of Police while Anaju Chaudhary is serving as a head constable in State Reserve Police (SRP).

Apart from the Gujarat policemen, the CBI has also chargesheeted four officials of Intelligence Bureau in 2014. The senior most accused IPS Rajinder Kumar has retired as special director while three others T Mittal, Rajiv Wankhede and MK Sinha continue to work as intelligence officers with Subsidiary Intelligence Bureau (SIB), Ahmedabad.

Even after completion of investigation by CBI in February 2014 when it filed the second chargesheet against IB officials, the trial has yet to start. The reason is largely attributed to CBI’s failure to receive the Home Ministry’s sanction to prosecute the officers. The accused officers, while seeking relief from the case, have cited how “the second chargesheet remains only a document with no legal value.”

Soon after LeT operative David Headley’s testimony before a Mumbai court earlier this year, claimed that Ishrat was one of them, several retired officers including accused Rajinder Kumar and former under secretary in the Ministry of Home Affairs RVS Mani, spoke out against CBI’s lead investigating assistant Gujarat cadre IPS officer Satish Verma for a “biased investigation.”

Verma has moved the special CBI court claiming that the case was being manipulated and is seeking copies of the chargesheet filed in the case. His petition is currently being heard.