For the last 15 years, however, scientists have been worried by signs that AMOC may be slowing, which could have drastic consequences on global climate. 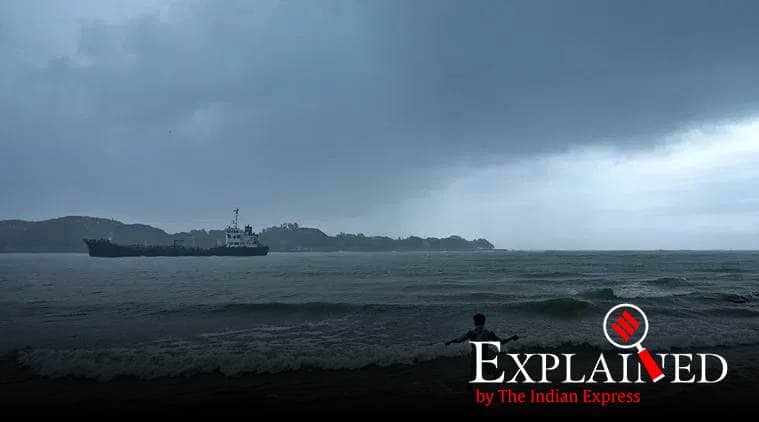 Called Atlantic Meridional Overturning Current, or AMOC, it ensures the oceans are continually mixed, and heat and energy are distributed around Earth.

In the Atlantic operates a large system of ocean currents, circulating the waters between the north and the south. Called Atlantic Meridional Overturning Current, or AMOC, it ensures the oceans are continually mixed, and heat and energy are distributed around Earth.

For the last 15 years, however, scientists have been worried by signs that AMOC may be slowing, which could have drastic consequences on global climate.

Now a new study suggests that AMOC is getting help from the Indian Ocean. Warming as a result of climate change, the Indian Ocean is causing a series of cascading effects that is providing AMOC a “jump start”, in one researcher’s words.

On its website, the UK Met Office likens AMOC to a conveyor belt and explains how it works. As warm water flows northwards in the Atlantic, it cools, while evaporation increases its salt content. Low temperature and a high salt content raise the density of the water, causing it to sink deep into the ocean. The cold, dense water deep below slowly spreads southward. Eventually, it gets pulled back to the surface and warms again, and the circulation is complete. This continual mixing of the oceans, and distribution of heat and energy around the planet, contribute to global climate.

Another oceanic system, which makes news more frequently, is the El Niño-Southern Oscillation (ENSO). This involves temperature changes of 1°-3°C in the central and eastern tropical Pacific Ocean, over periods between three and seven years. El Niño refers to warming of the ocean surface and La Niña to cooling, while “Neutral” is between these extremes. This alternating pattern affects rainfall distribution in the tropics and can have a strong influence on weather in other parts of the world.

What is happening now

AMOC has been stable for thousands of years. Data since 2004, as well as projections, have given some scientists cause for concern. What is not clear, however, is whether the signs of slowing in AMOC are a result of global warming or only a short-term anomaly.

AMOC had weakened substantially 17,000 to 15,000 years ago, and it had global impacts, Yale University researcher Alexey Fedorov said in a statement released by the university. The new study, by Fedorov and Shineng Hu of Scripps Institution of Oceanography, appears in Nature Climate Change.

Fedorov and Hu’s work involves climate mechanisms that may be shifting due to global warming. Using observed data and computer modelling, they have plotted out what effect such shifts might have over time. In this study, they looked at warming in the Indian Ocean. “The Indian Ocean is one of the fingerprints of global warming,” Hu said in the statement.

“This would act as a jump start for AMOC, intensifying the circulation,” Fedorov said in the statement. “… We don’t know how long this enhanced Indian Ocean warming will continue. If other tropical oceans’ warming, especially the Pacific, catches up with the Indian Ocean, the advantage for AMOC will stop.”

Frequencies at which sounds are disturbing, and how brain reacts