The action plan is built around three elements reduction in emissions intensity, or emissions per unit of GDP, an increase in forest cover, and a greater role for renewable energy in power generation. 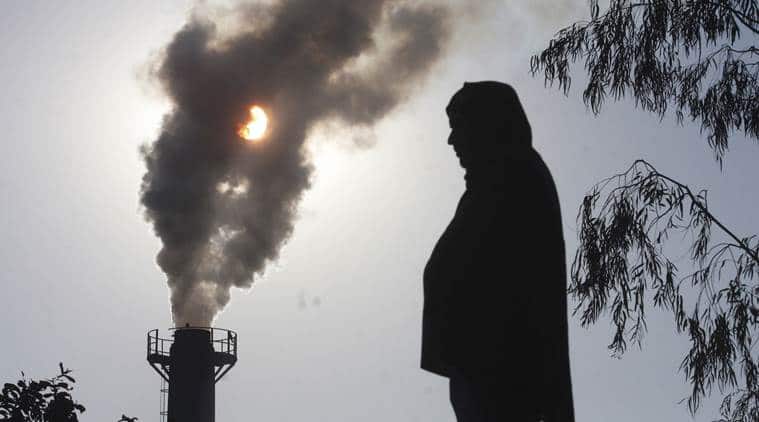 India had committed itself to a 20 to 25 per cent reduction in emissions intensity by the year 2020 on 2005 levels, it is said to be on target to fulfil this commitment. (Photo: Reuters)

For all the suspense around India’s climate action plan for 2030, there were hardly any surprises when it was finally revealed on Thursday night. The action plan, called Intended Nationally Determined Contributions, or INDCs, in official language, is built around three elements — reduction in emissions intensity, or emissions per unit of GDP, an increase in forest cover, and a greater role for renewable energy in power generation.

The 33 to 35 per cent reduction in emission intensity compared to 2005 levels builds on an earlier target that India had set for itself in 2009. At that time, in the run-up to the Copenhagen climate conference, India had committed itself to a 20 to 25 per cent reduction in emissions intensity by the year 2020 on 2005 levels. India is said to be on target to fulfil this commitment.

Achieving a 33 to 35 per cent reduction by 2030 is going to be a slightly more difficult task than that, considering that the low hanging fruits have already been plucked. The progress in emission intensity reductions thus far has been enabled mostly by energy efficiency measures, like the shift, first, to CFL bulbs, and then, to LED lights. From here on, however, industry-wide efforts would be required to take the emission intensity further down. As the officials say, the target is ambitious but achievable.

India has been banking heavily on its afforestation drive to score some easy points in the international climate change negotiations. In its INDC, India has said it wants to create an additional carbon sink of 2.5 to 3 billion tonnes of carbon dioxide equivalent by 2030. It said its forest cover grew from 24.3 per cent of its geographical area in 2005 to 24 per cent in 2013. The cabinet has already approved a proposed legislation to manage a huge afforestation fund that is built using money that companies are charged as compensation if they set up projects on forest land. The government also plans to develop 140,000 km of tree-line along both sides of national highways.

But experts warn against mistaking money for forests. The ability of trees, or plantations, to act as a carbon sink is limited as compared to natural dense forests. Afforestation can thus have only limited utility.

How much will it cost?

India is aiming for a total installed power production capacity of somewhere around 800 GW in 2030, almost a three-fold jump from the current levels. To fulfill this commitment, it would have to install 320 GW of non-fossil fuel capacity by that time. The 63 GW target for nuclear energy for 2032 is unlikely to be met considering that most of the nuclear projects are running several years late. The current installed capacity of nuclear energy is only 5.7 GW. Hydropower currently contributes about 42 GW of capacity. Considering the kind of opposition to big dams now, it would be a difficult task to double the capacity in the next 10 to 12 years as is being planned.

It would therefore fall on the renewable energy sources — solar, wind and biomass — to achieve the 40 per cent target India has set for itself. The government has already unveiled an ambitious programme of installing 175 GW of renewable capacity by 2022. If this is achieved, adding another 50 GW in the next eight years would not be a very difficult task.