The growth and inclusion potential of India’s telecom space

Rajat Kathuria, Mansi Kedia write: The benefits of digitalisation could have been much larger and more widespread had telecom policy been more predictable and less erratic 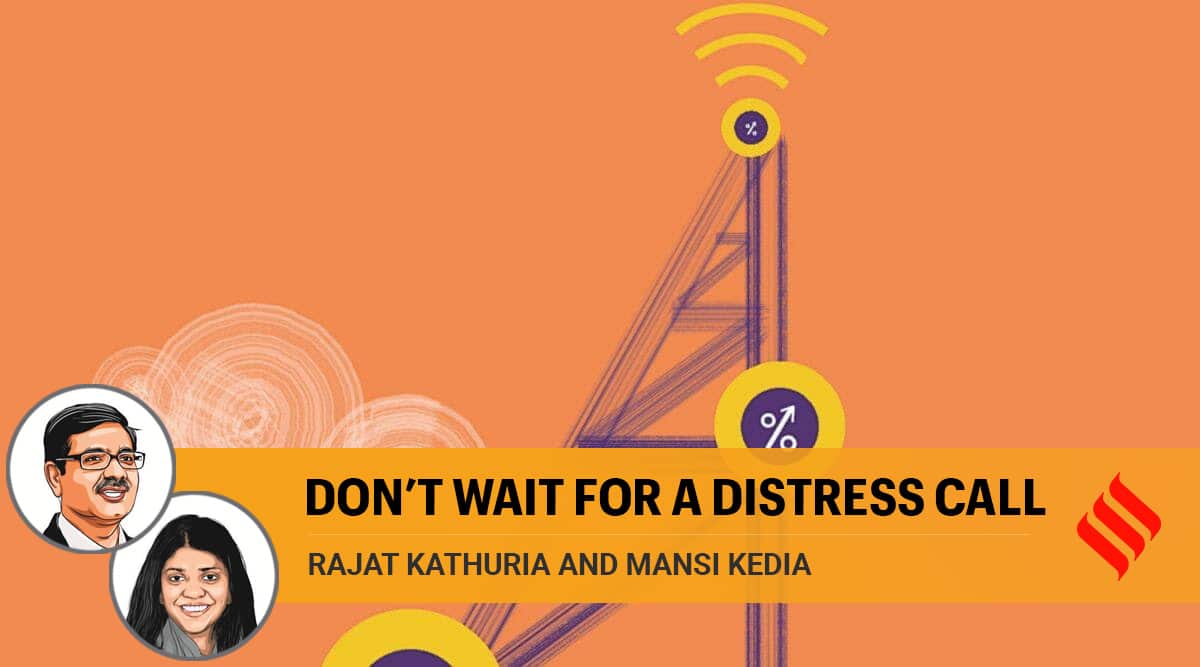 The telecom relief package announced by the government in September supports proposals that have been repeatedly presented to the government by the regulator, industry associations and think-tanks. (C R Sasikumar)

Shortly after the Cabinet announced nine structural and procedural reforms in September to address the deep financial woes of telcos, Vodafone Idea and Bharti Airtel hiked their tariff by 25 per cent, with effect from November 25. This was widely expected since the Cabinet-announced package was, by itself, unlikely to liberate the beleaguered telcos from their accumulated debt. The reaction of Reliance Jio, the “disrupter-in-chief” in the telecom space, will be eagerly anticipated, and the expectation is that it will accommodate the tariff hike — that is, follow suit. It may not be immediately obvious, but this might be a good thing even for the consumer, as India looks to move beyond 2G, to renew and expand 4G and create world class 5G networks afresh.

“By stealth” or “crisis-driven” are phrases used to characterise Indian reform, of which perhaps the 1991 reform stands out as being the most charismatic. In July this year, we celebrated three decades of India’s “big-bang” economic reforms, one that catapulted India from being a socialist economy with a heart but no trickle-down, to a market-oriented economy with a mind but also very little trickle-down. Inequality has been a feature of both models. The 2018 Oxfam report showed that 10 per cent of the richest Indians took home 77.4 per cent of wealth (compared to 73 per cent the year before). Moreover, 58 per cent of India’s wealth was in the hands of 1 per cent of the country’s population. In the pre-1991 period, the principal modes of redistribution were taxation and public sector operations. In the post-1991 period, it has been a combination of taxation, technology, smartphones and the associated direct benefit transfers.

Undoubtedly, someday researchers will have a considered view on the question whether the digital model post-1991, and especially the one since the 2000s, delivered us from the widespread inequality that has cast a dark shadow on India’s impressive growth since 1991 —  give or take a few years. In other words, would inequality have been worse absent the digital spread?

For the moment, however, we argue that growth in itself is good (necessary but not sufficient, in the language of economists) for increasing average income. While the sources of growth in an economy are aplenty, there are very few that can potentially address the twin objectives of growth and inclusion. Every 10 per cent increase in investment in telecom, for example, leads to a 3.2 per cent increase in GDP growth for India. Not only is the growth dividend positive, it is large. At the same time, the mobile phone has become a means for sophisticated financial integration, as shown by the expanding usage of pre-paid payment instruments and mobile banking. The Jan-Dhan Yojana (JDY) attempts to include the marginalised and unbanked through technology. As of October 2021, a total of 440 million bank accounts have been opened and more than 310 million RuPay cards have been issued under the latter, indicating the large unmet demand for banking services. The Aadhaar identity card is envisaged as the sole KYC proof, besides serving as the backbone for Direct Benefit Transfer (DBT) when linked to bank accounts. The Jan-Dhan-Aadhaar-Mobile (JAM) trinity ties the Aadhaar number to an active bank account, making income transfers predictable and targeted. There is already evidence that payments through Aadhaar-linked bank accounts have increased efficiency and reduced leakages.

While digital investments have had a salutary effect on inclusion and growth, they have done so in intermittent bursts, simulating a wave-like motion. We argue that the benefits of digitalisation could have been much larger and more widespread had telecom policy been more predictable and less erratic. Several academics and practitioners have written extensively about the sector’s hits and misses and it is not our intention to repeat the inimical details. The well-known 2G scam, the misallocation of licences in the early days of liberalisation, the inflated definition of Adjusted Gross Revenue (AGR), the conversion of fixed to mobile licences, the avoidable Vodafone retrospective tax demand, the dissolution of the first regulator in 1999, among many others, make the dubious list quite lengthy. The intention, however, is not to grumble about the past, but to learn from it.

That Indian reforms more often than not happen on the back of a crisis is true for the telecom sector. The principal motive of the New Telecom Policy of 1999 was to rescue the deeply indebted sector of its own reckless bidding by replacing the fixed licence fee system with a revenue-sharing regime. In hindsight, it was the right thing to do since it threatened business continuity. The move to auction spectrum “for all times to come” in 2008 was necessitated by the administrative bungling in spectrum assignment.

In the last few years, the government has been struggling to bail out a heavily indebted industry, the proximate reasons for which are an intense and debilitating price war, an unreasonable definition of AGR, an extractive spectrum auction regime and, of course, the march of technology that destroyed comfortable revenue streams of operators. The telecom relief package announced by the government in September supports proposals that have been repeatedly presented to the government by the regulator, industry associations and think tanks, including us. With the risk of a duopoly looming large, the government was pushed to take up these long-pending decisions that included nine key changes. Besides providing immediate relief on payment of licence fee and penalties due to the government, the package increased FDI limits, extended licence tenure to 30 years from 20, removed charges on spectrum-sharing and proposed timelines for spectrum auctions. The package will undoubtedly have a positive short-term impact and perhaps safeguard competition in the future.

A question we pose is why did it take a crisis — a grave one at that — to push the needle on policy change? Is it not a reasonable expectation of policy to adapt quickly and not wait for a crisis to emerge? The seemingly naïve question may not be as credulous for the intensely dynamic digital markets. For there is no point shutting the stable door after the horse has bolted.

This column first appeared in the print edition on November 25, 2021 under the title ‘Don’t wait for a distress call’. Kathuria is dean, School of Humanities and Social Sciences (SHSS), Shiv Nadar University; and Kedia is fellow, Indian Council for Research on International Economic Relations (ICRIER). 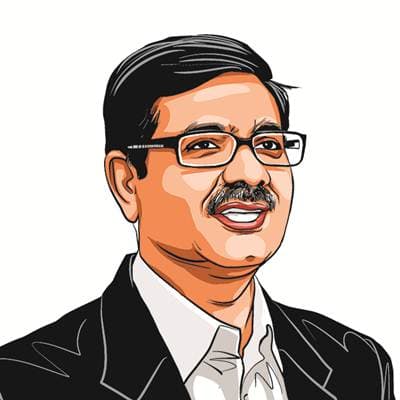