Explained: What the ‘no-patrol’ zones in eastern Ladakh mean

What is a 'no-patrolling' or 'buffer' zone along the Line of Actual Control (LAC) between India and China, and what is its importance in the current scenario? 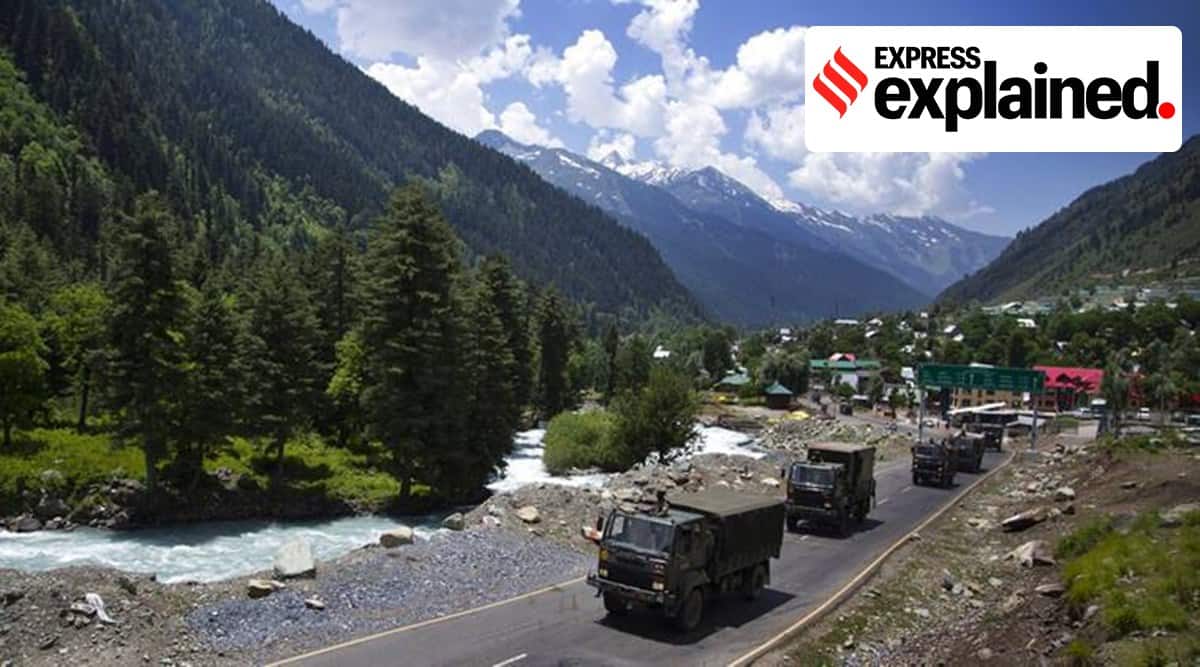 As Indian and Chinese troops disengage from Patrolling Point (PP) 17A near Gogra Post, the two sides have followed the template for disengagements from previous points since last year. However, the details of a temporary no-patrol zone differs from location to location.

What is a ‘no-patrolling’ or ‘buffer’ zone along the Line of Actual Control (LAC) between India and China, and what is its importance in the current scenario?

What is a no-patrolling zone?

When two forces disengage from a face-off point where they had been eyeball-to-eyeball or in close proximity to each other, one way to prevent new face-offs is to create a zone in which troops from neither side are allowed for a certain length of time. As the name ‘no-patrolling zone’ suggests, the area becomes a zone where neither side is allowed to patrol.

Between India and China, the idea of the no-patrolling zone can be traced back to the border war of 1962. After China declared a unilateral ceasefire on November 21, 1962, it pulled its troops back 20 km from what it perceived was the location of the LAC on November 7, 1959. China, therefore, created a sort of buffer zone extending from where its forces were to where the LAC was, according to it.

More recently, the concept was used by India in 2013. Chinese troops had pitched tents in an area known as the Bottleneck in the Depsang Plains, and India was negotiating to end the face-off. As part of the understanding to end the Depsang standoff, India temporarily suspended patrolling in an area further south, but within eastern Ladakh, called Chumar. Patrolling was suspended temporarily in 2014 as well, again in Chumar, to resolve another standoff.

In this September 2017 photo, a banner erected by the Indian Army stands near Pangong Tso lake near the India-China border. (AP Photo/Manish Swarup, File)

Why is patrolling important?

In the case of an undecided boundary like the one between India and China, where the two countries do not even agree on the alignment of the LAC in places, forces patrol the region to assert their control over the territory.

The patrolling points for India are decided by a body known as the China Study Group (CSG), a secretary-level official group that is the sole adviser to the central government on matters related to China.

At all places barring the Depsang Plains, the patrolling points are on the LAC. In Depsang, the limit of patrolling is considerably inside Indian territory from the LAC.

In the years since 1975 when the CSG was established, the patrolling limits have been revised to India’s advantage; they, however, remain significantly west of the LAC.

Until last year, there were two areas, Demchok and Trig Heights, which both sides agreed were disputed in the region. There are 10 other points in eastern Ladakh where the two countries have a differing perception of the LAC. In addition, five friction points came up last year: PP14 (Galwan), PP15 (Hot Springs), PP17A (Gogra Post), Rezang La, and Rechin La.

Also in Explained |What is the importance of IAC-1, the Made-in-India aircraft carrier?

Where are the no-patrol zones?

Since last year, PP17A will become the third region where Indian troops used to patrol before the standoff began in May 2020, and will, at least temporarily, not do so now. The first such no-patrol zone since last year had come up in Galwan Valley.

On June 15, 2020, some Indian troops had gone to remove an observation post of China that had come up near PP14. This led to an altercation that turned violent. While India lost 20 soldiers in the hand-to-hand combat that ensued, China, after initially saying nothing on the casualties on its side, ultimately claimed to have lost four troops.

Soon after that, to prevent another flare-up in the Galwan Valley where tensions were still high, both sides agreed to step back. On each side, the forces were allowed to have around 30 troops at a distance of about 1.7 km from PP14, and another 50 troops each a kilometre further behind.

In February, India and China agreed to disengage from the north and south banks of Pangong Tso where, at some locations, troops and tanks had been barely a few hundred metres apart. The region had seen an unprecedented winter deployment.

On the south bank, in the Chushul sub-sector, the two sides were sitting on previously unoccupied peaks of the Kailash Range. On the north bank of Pangong Tso, China had come in the deepest, and Chinese troops were sitting on peaks above the spur known as Finger 4, which is 8 km west of India’s perception of the LAC at Finger 8.

As part of the disengagement, Indian troops went back to their Dhan Singh Thapa Post, just west of Finger 3, while China dismantled all its infrastructure between Finger 8 and Finger 4, and went to its traditional post east of Finger 8. The area between Finger 3 and Finger 8 has since then been a no-patrol zone.

Announcing the disengagement, Defence Minister Rajnath Singh said in Parliament that “similar action would be taken in the South Bank area by both sides”.

“These are mutual and reciprocal steps and any structures that had been built by both sides since April 2020 in both North and South Bank area will be removed and the landforms will be restored. It has also been agreed to have a temporary moratorium on military activities by both sides in the North Bank, including patrolling to the traditional areas. Patrolling will be resumed only when both sides reach an agreement in diplomatic and military talks that would be held subsequently.”

Are they replicated exactly everywhere?

No. According to senior government officials, many factors come into play about how this area is decided.

“You can’t keep it fixed. It is guided by what infrastructure you have at any point of time,” said one senior military officer. Replication, he said, could not be done blindly, as at a particular point either side could have a traditional permanent structure within the range decided for another point, beyond which they would not go.

“PP14 we decided at certain distance,” he said, so that “there is no engagement between troops, which could create a bad situation”. But still, forces needed to be able to sit at a place and keep the zone under observation. A “viable position” has to be reached from where the necessary functions of observation and communication can be executed, he said.

Is the suspension of patrolling permanent?

Indian officials have asserted multiple times that the suspension of patrolling is not permanent, and that India has not given up its right to patrol those areas. However, patrolling from both sides has been suspended till the standoff throughout eastern Ladakh is resolved. This means not only disengaging from the friction points, but also de-escalation.

De-escalation means both sides will pull back the additional troops that have been stationed in the region since last year. Both sides have around 50,000 troops along with additional armoured columns, artillery and air defence assets since last year as tensions peaked.

However, while defence establishment sources expect that the face-off of PP15 will also be resolved through talks, Depsang could become a major hurdle. While the Indian government does not consider Depsang a friction point, China is blocking Indian troops from accessing its traditional patrolling limits at PP10, PP11, PP11A, PP12, and PP13. Chinese troops block Indian soldiers from moving east of an area called the Bottleneck, which is about 18 km inside the LAC.

Hollywood Rewind | Girl with a Pearl Earring: Scarlett Johansson is stunning in this coming-of-age period piece