🔴 For a dozen years, China has been Africa’s biggest trading partner. Two-way trade in 2020 was $187 billion. The balance of trade is heavily in favour of China. 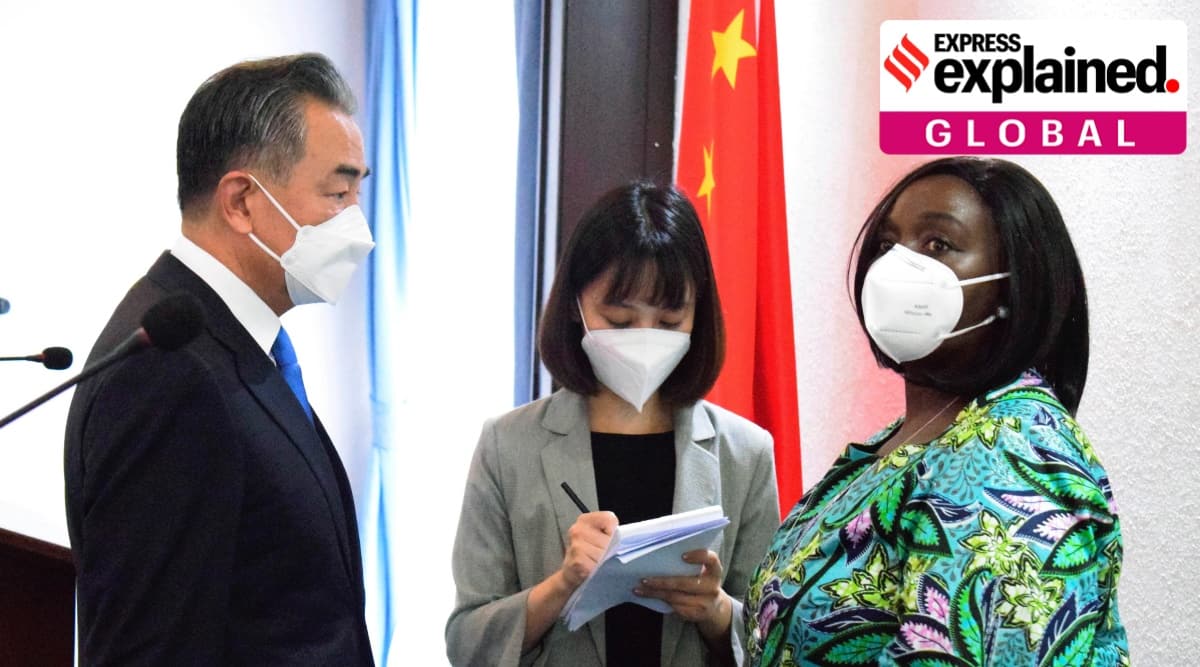 When Chinese Foreign Minister Wang Yi visited Eritrea, Kenya, and Comoros in the first week of January as part of a five-nation tour that also included Maldives and Sri Lanka, he was observing a 32-year-old Beijing ritual of visiting Africa at the beginning of every year. In fact, China’s links with the continent go back farther than the last three decades.

In the Cold War years, as the US and Soviet Union jousted for influence over Africa, China maintained an ideological presence on the continent.

In 1966, after Kwame Nkrumah was ousted in a coup while he was in Beijing, the Chinese put up the Ghananian independence leader for a few days before he decided to leave for Guinea.

The first Chinese infrastructure project on the continent was the 1,860-km Tanzania-Zambia railway in the 1970s — the first transnational railway in Africa — which in addition to carrying passengers, transported ore from Zambian copper mines to the port city of Dar-es-Salam in Tanzania.

Since the 1990s, China has successfully used its old ties with several African countries to remodel the relationship, using the abundant natural resources of the continent to service its own massive growth.

Since 2014, when he became Foreign Minister, Wang has visited 35 African countries during his annual visits. This year’s tour followed the triennial ministerial conference of the Forum for China-Africa Co-operation in Dakar, Senegal, in December 2021, when Wang also visited Ethiopia in an expression of solidarity with Prime Minister Abiy Ahmed in the civil war in Tigray, and against the role of “external forces” — read the United States — in fuelling the conflict.

Wang’s visit last week to Eritrea, which has backed the Ethiopian leader, was in this sense an extension of the earlier visit to Addis Ababa.

In Kenya, Wang took part in the completion ceremony of the Chinese-built oil terminal at the port city of Mombasa. China has undertaken major Belt and Road initiatives in Kenya, including building a railway line from the capital Nairobi to Mombasa.

In the Comoros Islands, off Mozambique, he promised more development assistance.

Wang announced a special envoy to the Horn of Africa where Eritrea, Ethiopia, Somalia, Djibouti and Kenya are located. It was an indication of the strategic importance of this Indian Ocean region for China, as well as its political and economic clout — plus the aspiration to play the role of mediator in the region’s conflicts.

Since 2017, Beijing has had a military base in Djibouti with 400 soldiers of the PLA, in close proximity to a French and an American base. A Chinese-built railway line connects Djibouti to the Ethiopian capital Addis Ababa.

For a dozen years, China has been Africa’s biggest trading partner. Two-way trade in 2020 was $ 187 billion, according to the ‘China-Africa Annual Economic and Trade Relationship Report 2021’, released last September. The balance of trade is heavily in favour of China.

According to the report, China invested $ 2.96 billion in Africa in 2020, an increase of 9.5 per cent over 2019, making it one of the largest investors in Africa. Data collated by the China-Africa Research Initiative of the Johns Hopkins School of Advanced International Studies shows Chinese FDI stock in 2019 totalled $ 44.4 billion, ahead of the United States.

The top five African recipients of Chinese investments are South Africa, the Democratic Republic of Congo, Angola, Ethiopia, and Zambia.

While the main investments in countries across Africa are in infrastructure construction projects and mining, China is also investing in transport, scientific research, and the services sector.

SAIS-CARI estimates that between 2000 to 2019, Chinese financiers signed 1,141 loan agreements worth $ 153 billion, the biggest chunk of these going to the transport, power and mining sectors in that order.

The top loan receiving countries from 2010 to 2018 were Angola, Ethiopia, Zambia, Kenya, and Nigeria.

The rivalry between the US and China in Africa has been simmering for long, but it has come into sharper focus over the last few years, with the deterioration of bilateral relations in the Trump years, and the increasing tensions in the Indo-Pacific.

The US realises that China has made friends in Africa with its money, ports, railways, and other infrastructure projects under BRI, and is now seeking to offer a counter with its measures such as the Development Finance Corporation (also known as the International Development Finance Corporation), to be deployed by the Biden Administration for the G-7’s Build Back Better World initiative.

In December, the DFC announced the launch of a new platform “designed to boost investment in fragile and conflict-affected states in Africa.”

Over 4 lakh ombudsman complaints; most on cards, phone/e-banking