Explained: NRIs could soon be able to vote via post. Here’s the process

NRI voting Explained: It’s a recent proposal from the Election Commission to the Law Ministry. How do NRIs vote in Indian elections at present? If the proposal is cleared, how will the system of postal ballots work? 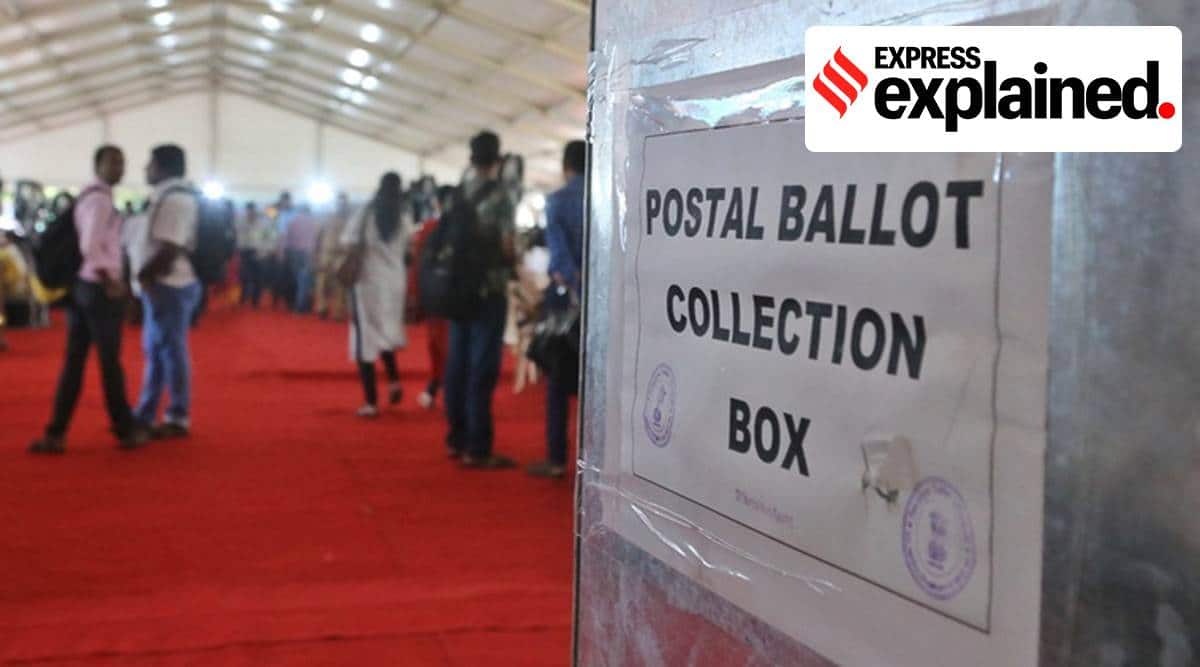 The EC, for now, hasn't included Gulf countries in its proposed pilot.

Last week, the Election Commission (EC) approached the Law Ministry to permit NRIs to cast their votes from overseas through postal ballots. The EC told the government it had received representations from the Indian diaspora about facilitating voting through postal votes since travelling to India only for this purpose is a “costly affair”. “… Otherwise, too they cannot leave the country of their residence owing to specific compulsions of employment, education or other engagements,” states the EC’s letter addressed to the Law Secretary.

The Commission informed the government that it is “technically and administratively ready” to extend the Electronically Transmitted Postal Ballot System (ETPBS) to voters abroad for elections next year in Assam, West Bengal, Kerala, Tamil Nadu and Puducherry.

What is the current process of voting for Indian citizens living abroad?

An NRI can vote in the constituency in which her place of residence, as mentioned in the passport, is located. She can only vote in person and will have to produce her passport in original at the polling station for establishing identity. Voting rights for NRIs were introduced only in 2011, through an amendment to the Representation of the People Act 1950.

What is current of strength of NRI voters?

According to a UN report of 2015, India’s diaspora population is the largest in the world at 16 million people. Registration of NRI voters, in comparison, has been very low: a little over one lakh overseas Indians registered as voters in India, according to the EC. In last year’s Lok Sabha elections, roughly 25,000 of them flew to India to vote.

If approved, how will voting by postal ballots work for NRIs?

According to the EC proposal, any NRI interested in voting through the postal ballot in an election will have to inform the Returning Officer (RO) not later than five days after the notification of the election. On receiving such information, the RO will dispatch the ballot paper electronically. The NRI voters will download the ballot paper, mark their preference on the printout and send it back along with a declaration attested by an officer appointed by the diplomatic or consular representative of India in the country where the NRI is resident.

It’s not clear, at this moment, if the voter will return the ballot paper herself through ordinary post or drop it off at the Indian Embassy, which may then segregate the envelopes constituency-wise and send them to the Chief Electoral Officer of the state concerned for forwarding to the RO. 📣 Follow Express Explained on Telegram

How and when did the proposal originate?

The EC began to look for options to enable NRIs to vote from overseas after it received several requests, including one from former Rajya Sabha MP and industrialist Naveen Jindal and the Ministry of Overseas Affairs, and three writ petitions were filed by NRIs in the Supreme Court in 2013 and 2014. A 12-member committee was set up after the 2014 Lok Sabha elections to study mainly three options — voting by post, voting at an Indian mission abroad and online voting.

The committee ruled out online polling as it felt this could compromise “secrecy of voting”. It also shot down the proposal to vote at Indian missions abroad as they do not have adequate resources. In 2015, the panel finally recommended that NRIs should be given the “additional alternative options of e-postal ballot and proxy voting”, apart from voting in person.

Under proxy voting, a registered elector can delegate his voting power to a representative. The Law Ministry accepted the recommendation on proxy voting.

The 12-member committee appointed by the EC had consulted national political parties and the Ministry of External Affairs (MEA) on the options being considered for NRIs to cast their vote abroad. Among parties, only the NCP has expressed complete support to the EC for postal voting for NRIs. According to the BSP, BJP and CPI, postal ballots were not a viable option due to time constraint. The Congress was not in favour of sending the postal ballot paper electronically.

Interestingly, the MEA expressed strong reservations over attesting the declaration that NRI voters will have to send along with their marked ballot papers. The MEA had said “diplomatic missions do not have the logistical wherewithal to handle attestation for a large number of overseas electors” and that they would have to seek the permission of the host country for organising such activity, which may be difficult in non-democratic countries.

Don’t miss from Explained | Rajinikanth’s political entry, and the road ahead

What happened to the proposal to grant proxy voting rights to overseas electors?

The Union Cabinet passed the proposal on proxy voting rights for NRIs in 2017. The government then brought a Bill amending the Representation of the People Act 1950. The Bill was passed by Lok Sabha and was awaiting Rajya Sabha’s approval when it lapsed with the dissolution of the 16th Lok Sabha. This proposal hasn’t been revived yet.

In its letter last week, the EC pushed only for postal voting rights for NRIs, not proxy voting. To extend the postal voting facility to overseas voters, the government only needs to amend the Conduct of Election Rules 1961. It doesn’t require Parliament’s nod.

Can expatriates of other countries vote in elections in their home countries?

Many countries allow expatriates to vote, but the eligibility criteria and the voting procedure differ from one nation to another. For instance, a British citizen living abroad can register as an overseas voter for up to 15 years after leaving the UK, as long as he is a British or Irish citizen and was a registered voter in the UK in the last 15 years. Those who were minors at the time of leaving the country can also vote as long as their parent or guardian was registered to vote in the UK. Overseas electors can either travel back to the UK to vote in person or vote by post or nominate a proxy to do so.

American expatriates enjoy voting rights in the US irrespective of how long they have been living abroad. They can vote for federal office candidates in the primary and general elections. Adults can exercise absentee voting by submitting a completed Federal Post Card Application or FPCA to their local election officials. Once registered, an overseas American voter will receive a ballot paper by email, fax, or internet download, depending on the state they are eligible to vote in. The ballot paper has to be sent back the same way before a designated deadline.